It has been a while since we heard from the elusive Spark Master Tape, but this week we were blessed with an EP that (luckily for us) cannot be fucked with. I don’t care who he is or the mystery that surrounds the Paper Platoon. The shroud of his Banksy-like anonymity has always overshadowed the fact that SMT has made some of the most influential Hip-Hop and Trap music of the past decade. His signature sound of Codeine-soaked vocals, crossed with trap beats, feels like an industrial manifestation of Zaytoven or a World War 1 era Metro Boomin track. This explosion of anarchy and intellect continues into The Lost Grapes EP and is here to remind us what can be done with simplicity of Trap music. 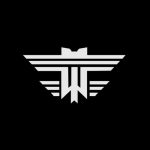 If you think that I am hyping this guy too much, then rush your way to the bottom of this article and listen for yourself. 2017 has been pretty weak for rap albums and mixtapes (so far). Lackluster releases from rappers like Kodak Black and Future have left hip hop pretty stale and in need for someone to up the ante. “The Lost Grapes EP” makes up for the current draught and is driven to challenging his listeners with textured beats that are simple, but just foreign enough to create his own sound. I cant help but love the insane lyrics that are splendidly ignorant, but not afraid to deconstruct both himself and hip hop culture. On the track “LETEMLIVE” he flexes this ability, saying:

You see it’s some time before the common folk can comprehend my basic conversation, I’m a comic show
Carbon copies and copies of my cacophony
Consciously, bitin’ so hard they taste a part of me, BITCHES
A gladiator gladly penetrating, haters actually pause, but the game is so raw, fukkin…

On top of his flow is SMT’s signature “chopped and screwed” delivery that harkens back to the DJ Screw era of Houston rap. This style lends itself so well to the drippy and druggy beats and make for a more experimental interpretation of what Trap music can be. Tracks like “NUTELLA” and “MASKKON” utilize this style the best, but he isn’t afraid to mix it up with funkier songs sprinkled throughout the album. As a complete project this is the best thing to drop in 2017 (up to this point) and I think it will only age better over time. SWOUP!