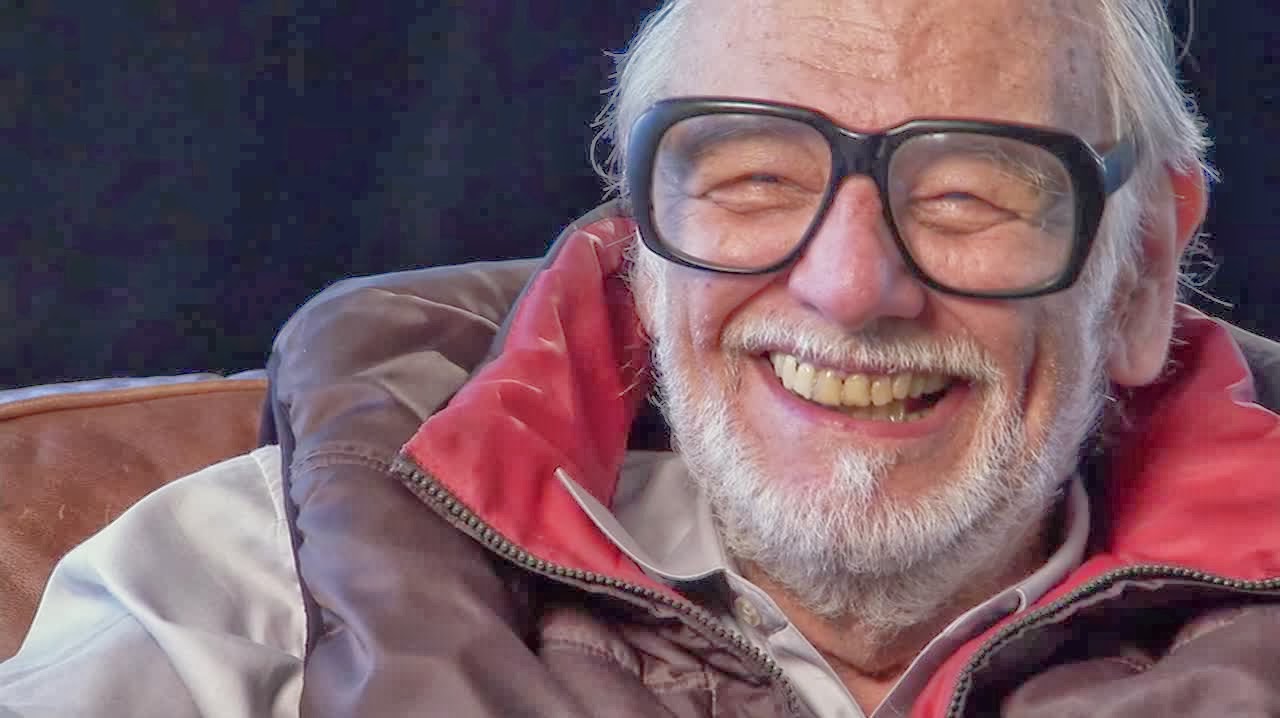 The loss of George Romero was felt pretty deeply by us here at The Farsighted. He is one of the founding fathers of contemporary horror, and his influence is enormous. And not just in the “Walking-Dead-wouldn’t-exist-without-Romero” kind of way, either. He helped change the look and feel of horror films in very real, tangible ways. It’s hard to imagine now, but there was a time when the name zombie conjured images of sugar plantations and voodoo rituals, and not hordes of shuffling, corpses hungry for the flesh of the living. Romero did that. And while there are some exceptions and transitional films that came before (hey Psycho), you can see a clear line in horror cinema, separating before Night of the Living Dead, and after; when the gothic romanticism and floor creaking spookiness of old horror gave way to something leaner, meaner; a far more unsettling realism rife with paranoia and cynicism. The satire of Romero’s Dead films was never particularly subtle. It wasn’t supposed to be. He was direct. And the directness of that message only strengthened their impact. He’s wasn’t there to make a complex arguments; his films aimed straight for that pit in our guts that’s already telling us there’s something very, very wrong with our world.

My first introduction to Romero’s work was through Dawn of the Dead in 2003, on the recommendation of a college friend. It was a formative experience for me as a fan of horror cinema. Very few films have ever made me feel actually queasy as the visceral, gooey, practical gore effects of Dawn did. That was life changing stuff. I remember seeing Land of the Dead for the first time in the summer of ’05, and remembering feeling like I had just witnessed something special; like the director was addressing me specifically thru his film. I remember feeling the need to share it; recommending it to everyone I knew. 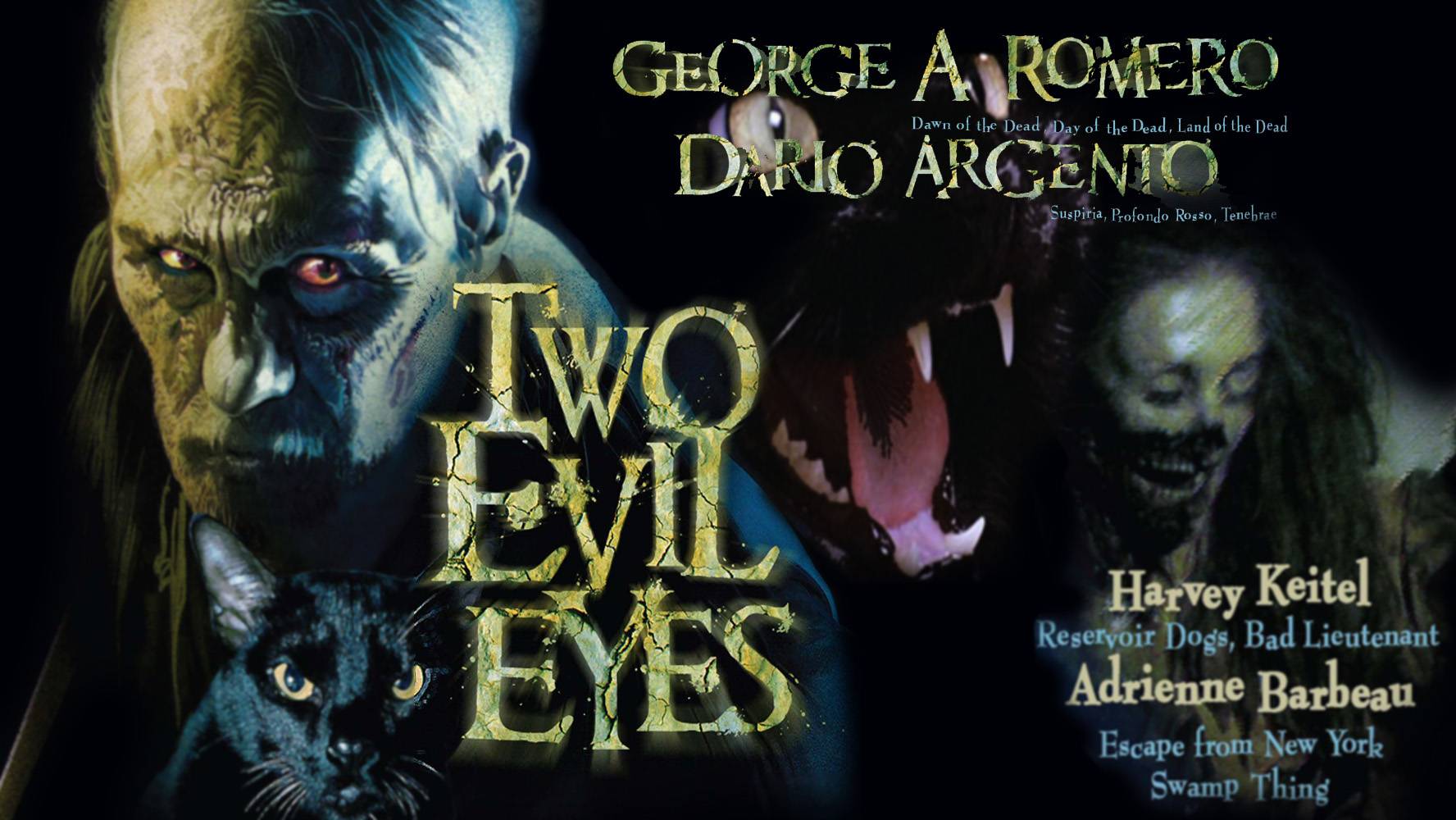 All that said, I really wanted to like Two Evil Eyes, but wound up very disappointed. This movie has so many things going for it; a collaboration between George Romero and Dario Argento, adapting the works of Edgar Allen Poe. Anthology films like this aren’t usually my thing; mostly I walk away feeling like I got bunch of incomplete parts that don’t really add up to a satisfying whole. With Two Evil Eyes I was a bit more optimistic, given the talent involved, and the source material. Poe is a favorite of mine. Ultimately though, the two halves structure winds up working against the directors. With each segment running about an hour in length, they’re in a weird middle ground where they feel too long for a short film, and too short for a feature length film. The two halves play like two episodes of an early 90s TV horror anthology series, complete with poor lighting, and pale brown colors.

Regardless, I was fonder of the Romero segment than the Argento one. Adapting “The Facts in the Case of M. Valdemar”, Romero opted to go for a slightly deeper Poe cut, which was cool. And Romero sticks to his story as well (as opposed to Argento, who we’ll get to in a minute), adapting it into a story of an unfaithful wife and her doctor lover plotting to kill her rich husband. But the piece suffered from pacing issues, with the first half hour dragging, and an over-rushed second half, cramming a bunch of possessions, zombies and an extremely talkative ghost that’s an exposition machine. Still, that final shot of the blood dripping onto the dollar bill and its “evil eye” atop the pyramid is great, vintage Romero.

And now we get to the Argento segment, which I really didn’t like. It takes what could have been a relatively straightforward update of the source material, and needlessly complicates it with extraneous grisly murders, and references to other Poe stories (a “Pit and Pendulum” style murder, naming the protagonist Usher). It’s a shame, because the source story is so good. “The Black Cat” has been adapted to the screen many times. Hell, it’s been adapted by Italian horror directors more than once. This added nothing to them. 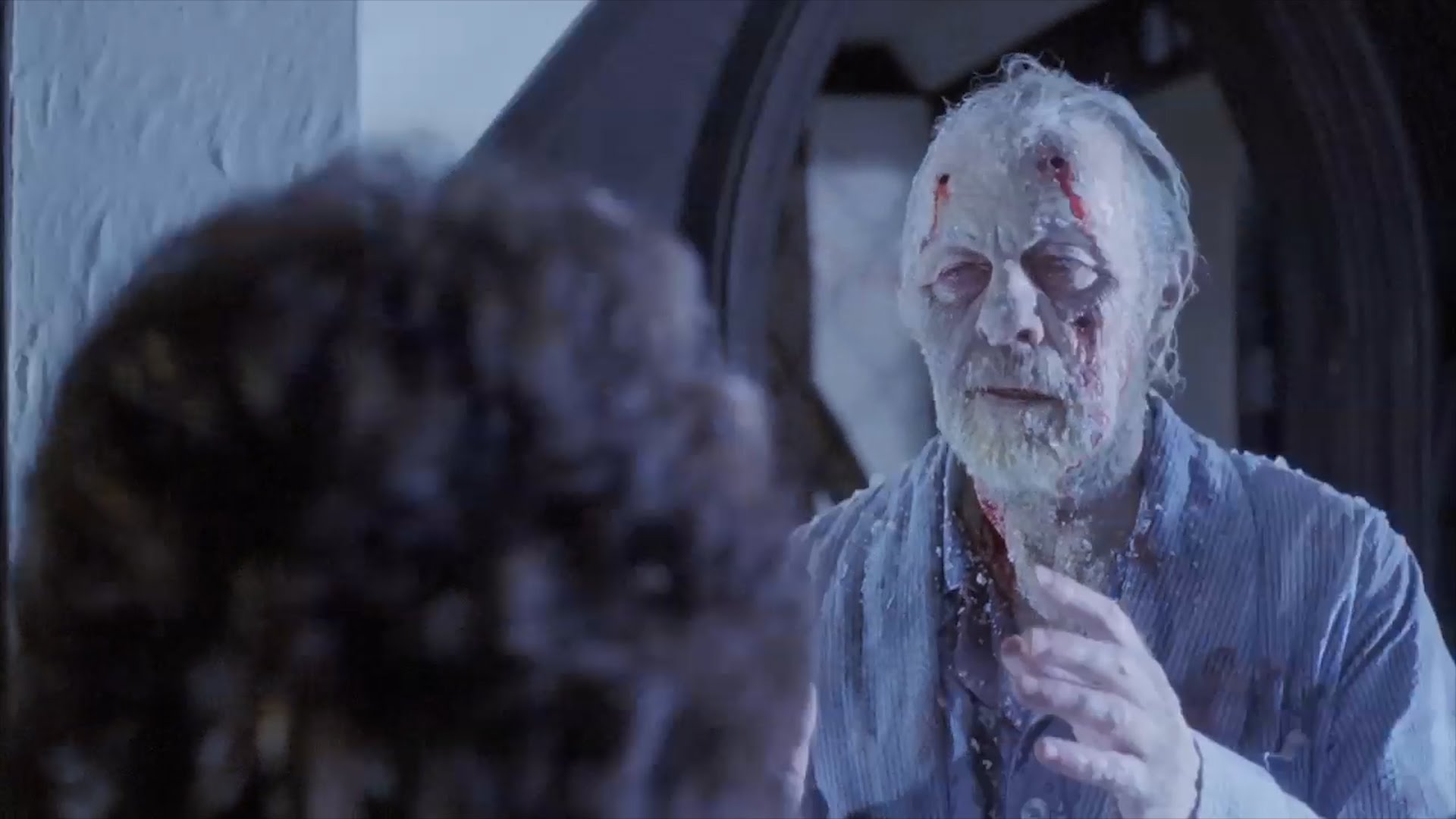 Of all the things that marked George Romero as a singular artist and voice, it was his willingness to fail big that led to some singular moments in genre cinema. A movie like Creepshow or Knightriders, these are not projects you can accomplish with half measures. You either love those films or hate them, you either embrace them whole-heartedly or glance off them like a spaceship that didn’t calculate the re-entry trajectory properly (this metaphor brought to you by watching Apollo 13 way too much).

All this is a long run-up to acknowledging that while Two Evil Eyes doesn’t really work, it fails in the same way that Romero’s best films succeed. In expanding the short story “The Facts in the Case of M. Valdemar” into an hour long mini-film, Romero’s craft runs headlong into the brickwall that is the basic concept: there’s just no real way to have a disembodied voice coming out of a corpse be scary. It’s too goofy to be creepy, and there’s too much shoe leather spent padding out the story.

Even working with make-up genius Tom Savini can’t give this thing a special kick. Romero and Savini even skip the epic punchline to Poe’s original story, which would have seen Valdemar meltdown into a wretched puddle of viscera and gore. Romero and Savini get some choice bits of caro-syrup carnage in there, but as a punchline it leaves something wanting.

It’s too bad, but Romero’s willingness to try strange and maybe even ill-conceived ideas would yield gold before and after Two Evil Eyes. 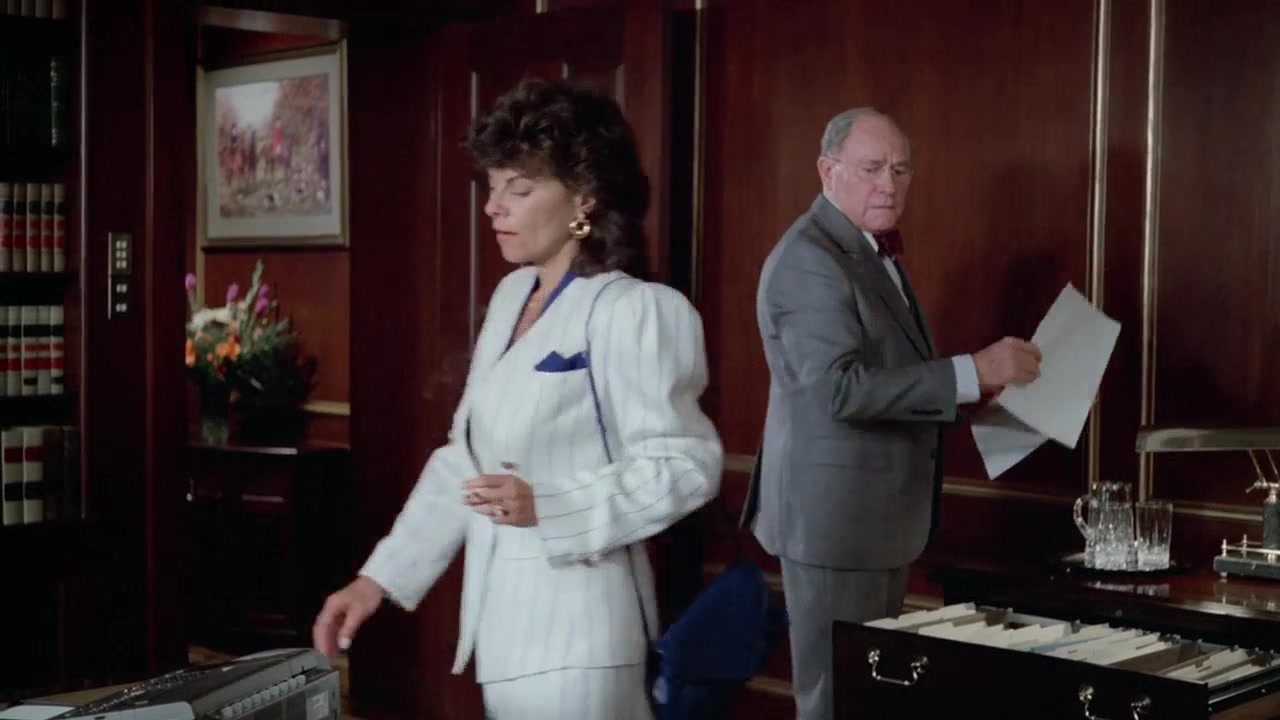 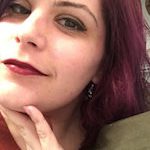 RACHAEL HAUSCHILD: As someone who doesn’t like anthology type films, this didn’t bother me as much as others due to the minimal changing from story to story. There’s only two in this which makes it easier for my attention span. I love seeing two legendary directors collaborating to create something so visually on par with who they are as directors.

I think out of the two shorts, I gravitated more towards the Romero segment, “The Facts in the Case of Mr. Valdemar”. It just seems so George Romero. The zombie action, the plot itself, and the guest starring of Tom Atkins. It was fun and didn’t feel overdone. It was just enough.

For the second short, it was a little bit more hard for me to watch. I love Dario Argento, but as someone who works in an animal hospital, watching Harvey Keitel treat cats like he did in “The Black Cat” segment, I couldn’t help but feel a little queasy. I get where he was coming with everything, I just wasn’t its biggest fan.

With the passing of Romero, one major thing is apparent. He changed horror. Without George A. Romero, we wouldn’t have any form of zombie that we have today. Thanks George for all of your contributions. You will be missed by many. 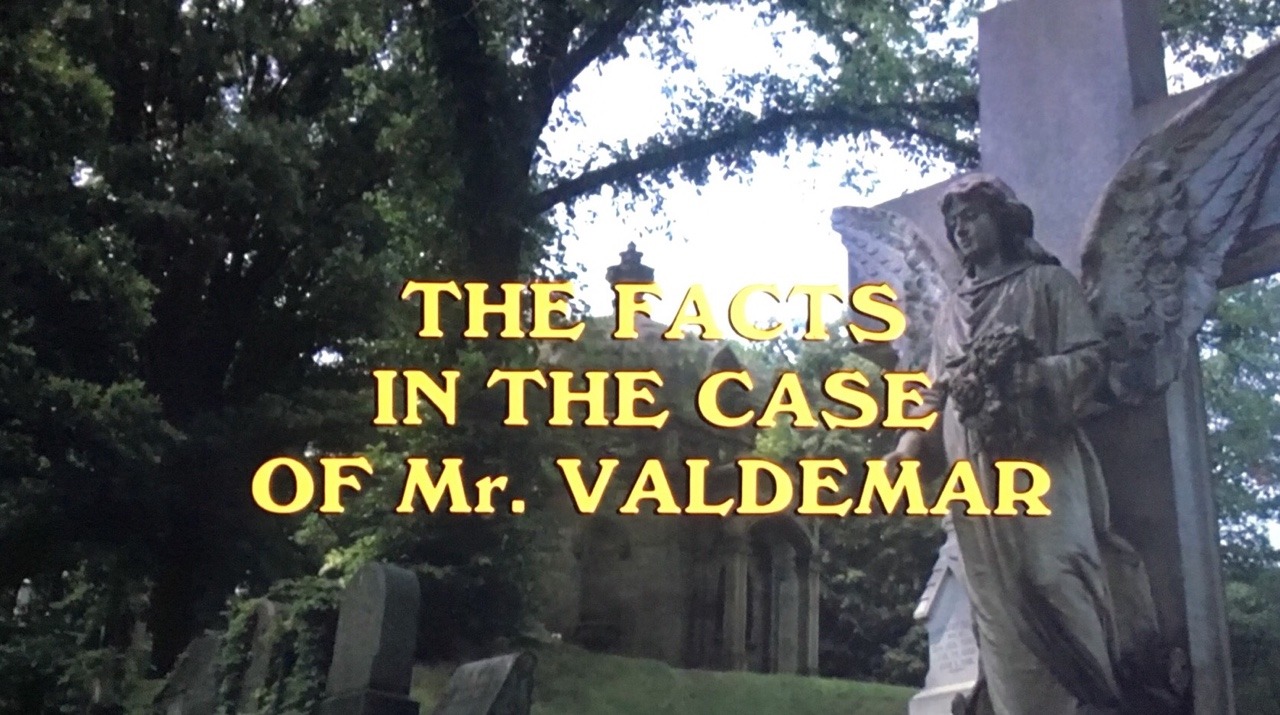 GARRETT SMITH: What a treat this is – a double-bill of Edgar Allen Poe adaptations directed by George Romero and Dario Argento. And since I’m here to talk about Romero and his segment “The Facts in the Case of Mr. Valdemar”, which is first in the film, I’ll give my brief thoughts on Argento’s adaptation of “The Black Cat” first. It’s a very Argento film, more visual and evocative of mood than it is a straight forward narrative, but it’s got a not-so-secret weapon that makes it devilishly entertaining – Harvey Keitel. Watching Keitel play drunk (see below or click here) is a gift that Argento delivered to the world and demands to be seen. Not to mention some stellar gore effects, lush colors that only Argento seems able to capture in a lens, and a great score. I can’t really explain what happens over the course of this hour, but I can say it’s all pretty exceptional.

With Romero’s segment though, we’re treated to a master storyteller working within a strict 60 minute boundary, and boy does that bring out the best in him. This segment is so tight, giving us three-dimensional characters that seem to have a life outside of the film and establishing all of that in its first 10 minutes. Ever the satirist, this has Romero’s signature sense of ironic humor throughout and ultimately seems to be a critique of the American dream – being rich won’t save your life, and the quest to get rich will kill you. He lays that on pretty thick with the final shot, which I’m also certain would drive conspiracy theorists nuts, but I think it really works since the movie is so brisk and decisive. The finale is a total blast, with some great make-up effects and voice work, and one particularly gory scene that is just fantastic. I really think this is a prime example of what makes Romero such a great storyteller – he doesn’t waste any time and gets right to the point, laying it on just thick enough that you’re never in doubt of what his aim is, and uses the time that’s left over from that efficiency of plot to deliver on shamelessly self-indulgent ridiculousness. He was truly one of the greats and will be sorely missed. Rest peacefully good sir.

JUSTIN HARLAN: I’ll say more about the late, great Mr. Romero in an upcoming Grindhouse Messiah episode, but for now I’ll just say that I remain mildly shocked at his loss and am so thankful for his contributions to the horror genre and to the film world, in general. That said, I find myself more in Garrett’s camp than anyone else’s here on The Farsighted team. I found watching this pair of Poe adaptations (one tight and one very loose) to be delightful.

Romero’s is my favorite of the two. Is the detached voice of Valdemar cheesy? Why, yes it is! But, it is delightfully so… it is wonderfully Poe in every way. What I mean is that Poe’s work is typically unnerving and campy in my reading. I love this combination of realism and surrealism, of supernatural and natural worlds, with the tonal quality that allows one to both chuckle and cringe at once. To me, that is Poe… and, here, that is Romero.

Argento’s half is less appealing for me in some ways, but Keitel is fantastic, which places “The Black Cat” back on nearly even footing with “Valdemar” for me. In short, this means, I basically loved the shit outta this one. 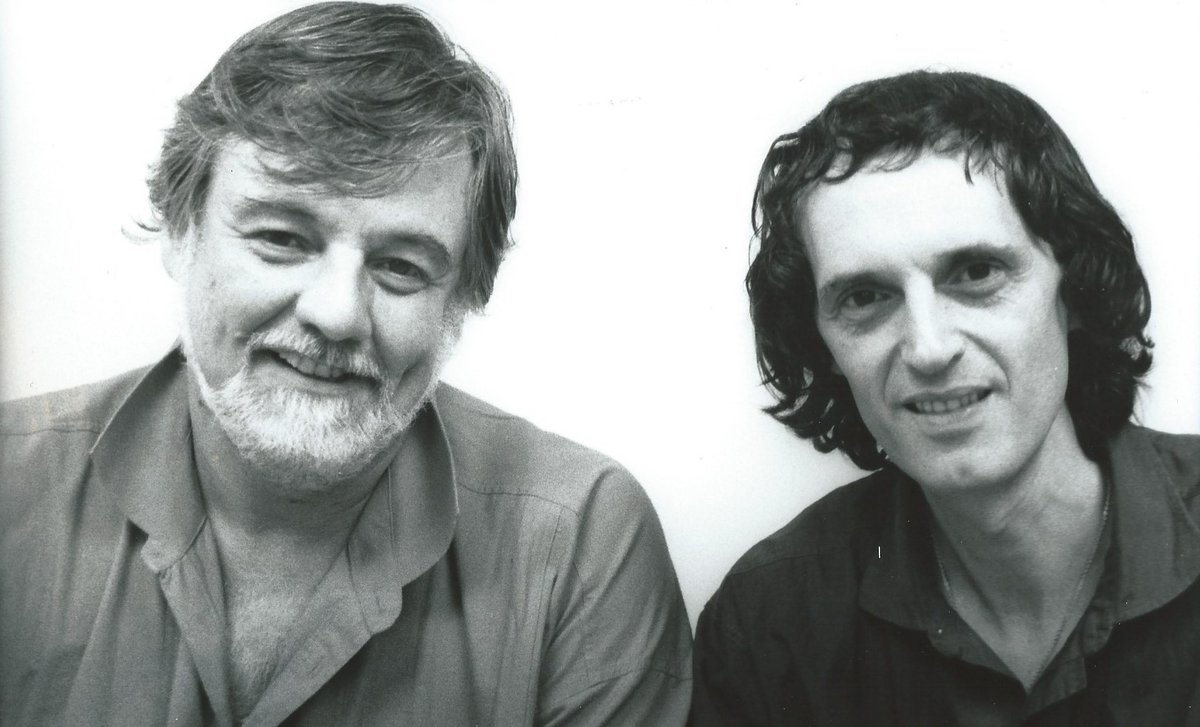