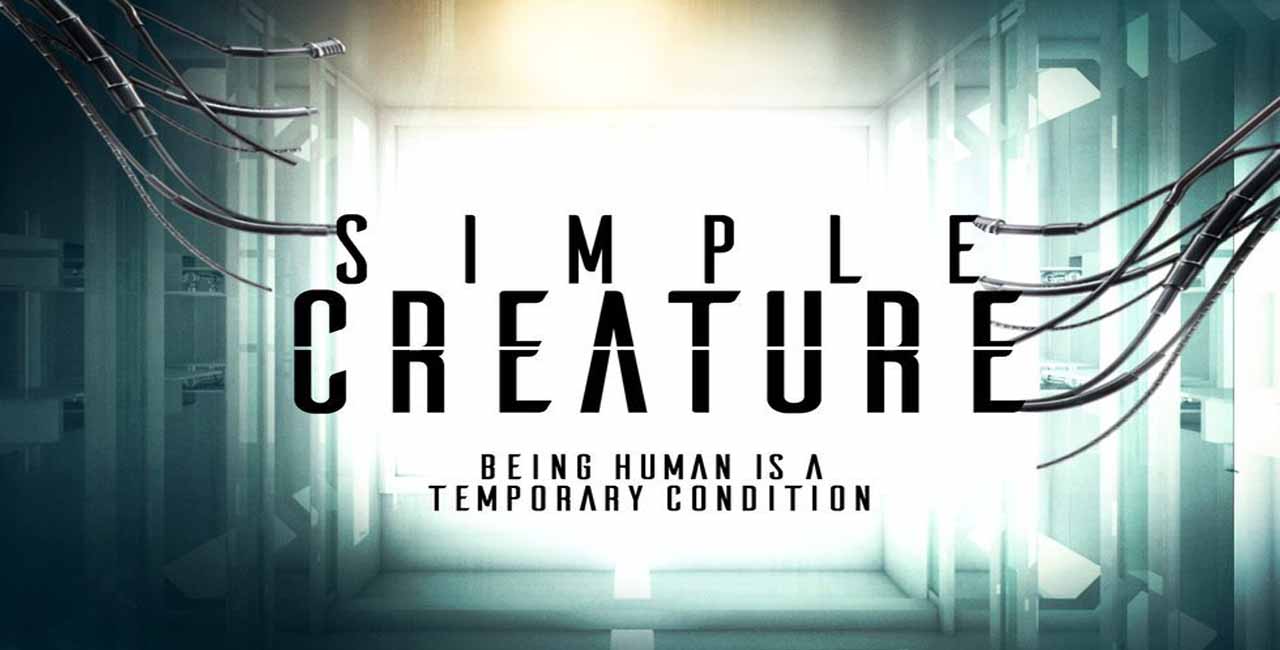 Simple Creature (2016, Old Loyal Films) is a strange little flick about a young woman who’s been reconstructed after an accident into some kind of bio engineered super human. I think. It’s not super clear what all is going on here. There’s a lot going on. Written and directed by Andrew Finnigan, Simple Creature is not your typical science fiction fare. The visual scope of the whole thing is very intimate and maybe a bit constrained. The film forgoes a lot of fancy schmancy special effects (save one cool effect on our lady Frankenstein’s eye) in favor of performance driven action. For me, this is the film’s biggest strength at some moments, and at others, the challenges of independent filmmaking start to show around the edges. The story itself wrestles some pretty vast ideas about the nature of self, technology, religion, and mortality and the cast of characters runs far and wide for a 90 minute film. As a result, the film’s character development is stretched kind of thin. That being said, the entire cast delivers strong performances. There are religious zealots, mad scientists, and assassins, all of which I would’ve loved to see them all fleshed out a little bit more. What is going on over in the barn, guys!? The narrative could use some polishing up, too. It was all over the place, however, I was definitely engaged in everyone’s respective plights.

Available now on iTunes and all other VOD services. It also arrived on DVD & Blu-Ray on July 25, 2017, so check it out on whatever format is your fave!