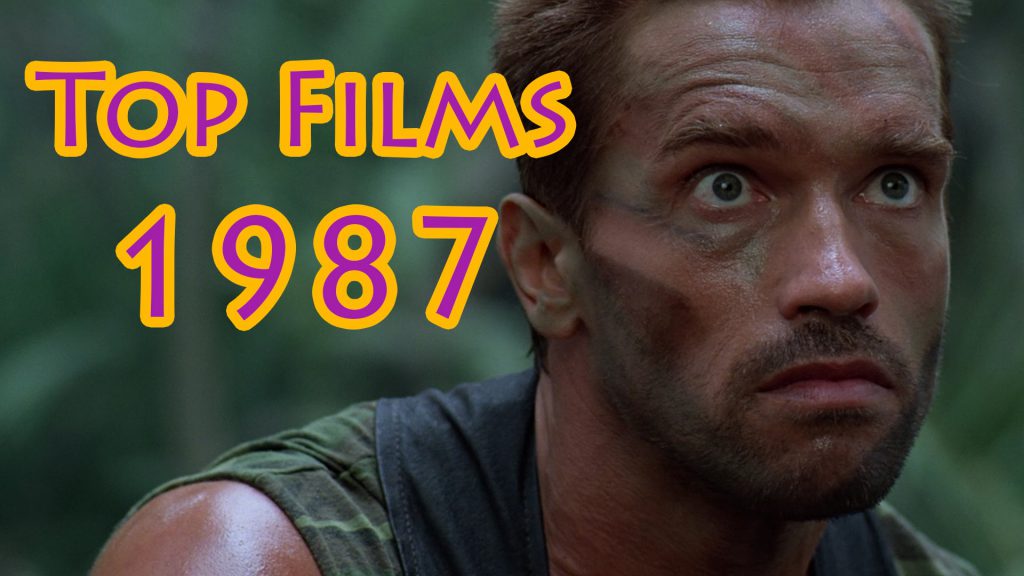 Every since youth, TV shows with horror elements have always been of interest to me. Goosebumps and Are You Afraid of the Dark were in their prime on TV, as well as in literature form for the former. Ahh! Real Monsters graced my television set on many occasions, and X-Files was the weekly show I watched with my dad while eating green peppers and blue cheese dressing. In film, I will always remember seeing movies like An American Werewolf in London and Hellraiser when I was far too young to watch them. However, all these things formed me into the horror loving girl I am today. Growing up with horror in my life has been one of the greatest joys. Though most of what I’ve mentioned are from the 90s, I like to think that being born in such an awesome year for horror helped out a bit as well. I’m here to talk about 1987.

On social media, I usually ask horror related questions to get a conversation started between strangers. It’s how I have met many of the friends I have today. I enjoy seeing many people answer questions I post and seeing a wide eclectic taste over the world. I’m an ‘87 baby, my birthday just passed, which I turned 30. On my birthday I asked, “What are your favorite horror movies from 1987?” Seeing the answers flood in, and talking to some of my friends on Twitter, we realized how great horror was in ‘87.

Now, don’t get me wrong, there are plenty that I still need to delve into. However; there is enough I’ve seen to curate a top 5 personal favorites to celebrate 30 years of such a great year in horror. The horror released in 1987 seems to have dabbled in an array of subgenres, culminating into one of my favorite years for the genre – and I’m not being biased since I was born then.

5. The Gate (dir. Tibor Takács) – What’s better than a dark gateway to hell in your backyard after a tree removal? Throw in some heavy metal music, little claymation creatures, and a very young Stephen Dorff and you have yourself one fun movie from beginning to end. Honestly, this year was the first time I’ve seen this, and I’ve seen it twice already. This is an opportune movie to introduce to young horror movie lovers on the rise. Pair it with Invaders from Mars (1986) and The Monster Squad (1987 as well) and you have yourself a great triple feature for budding horror enthusiasts!

4. The Hidden (dir. Jack Sholder) – I knew from the moment I first saw this that it was going to be something I’d love forever. Kyle MacLachlan and Michael Nouri star as two detectives on the hunt to stop a parasitic alien life form that transfers from human host to host. MacLachlan is in a pre-Agent Cooper zone in this tale that is guaranteed to make you a fan of his for a long time to come. The Hidden has a remarkable accommodating soundtrack that ups the ante in this high chase sci-fi.

3. Evil Dead 2 (dir. Sam Raimi) – This sequel to Evil Dead is jam packed with comedy, horror, and a lot of blood. Bruce Campbell is the only Ash Williams there can be fighting off evil demons in the woods all thanks to the Necronomicon. This is the second installation in a trilogy of movies from Sam Raimi and it is easily one of my favorite horror comedies. Including practical effects that are beauty to my eyes, Evil Dead 2 is a groovy good time.

2. Stage Fright: Aquarius (dir. Michele Soavi) – One thing I love in horror is the overacting, bright red blood, and raucous scores of the giallo genre. My favorite animal is an owl. When you combine these things, you have Stage Fright. Instant fan is an understatement when I first laid my eyes on this beaut. A story of an escaped villain, who joins the ranks of a stage play who masks himself with a large owl head, starts murdering the cast one by one. Equipped with some brutal murders, Stage Fright (also known as Deliria) shot up to one of my favorite horror movies out there. It has everything I’m interested in. It is part of a “trilogy” from Soavi which includes this, The Sect, and The Church. If you enjoy giallo films and slashers, this is a must watch.

1. Hellraiser (dir. Clive Barker) – If there is a movie that shaped my love of horror, it is this one. Hellraiser is another film that involves a gateway to hell, but this film is much more gruesome than the other film on my top 5 list. Frank (Sean Chapman) is a man who has been torn apart by evil monsters called Cenobites. His brother moves into his old home with his wife, Julia (Clare Higgins), who was a prior lover of Frank. She brings Frank back from the dead by accident and is convinced to bring men to Frank’s decrepit body so he can use their blood to regenerate his own body to normal form. Pinhead, the main Cenobite, frightened me as a child, and so did this entire movie. Chains, hanging body parts, blood, and the creep factor as a whole makes for an extremely uncomfortable but great horror film.

I know 1987 is filled to the brim with many other amazing films. Opera, Near Dark, The Lost Boys, Prince of Darkness, The Monster Squad, Hello Mary Lou: Prom Night II, and Predator are just a few, but there are many more.

30 years have passed, and most of these movies are still staples in the world of horror. So sit back, relax, and enjoy from 80’s fun!