A man goes after a gang of cannibals who killed his family in a post apocalyptic 2019.

Post-apocalyptic movies are a mixed bag for me. For example I am not a big fan of Mad Max but I’ll watch After the Fall of New York. Same with Children of Men, which I found to be a bore fest, yet I will go for repeated views of Rats: Nights of Terror. Savage ranks right up there with Rats or even in some cases surpasses it.

Savage has entered my personal top 5 films I watched this year with a lot of good reasons. The film is a trim fast paced 78 minutes however it’s not a rush job, the story is a balance between human drama and gory fighting and kill scenes in which means you get to know the main character and care for him and his family before the cannibals do their dirty work. This film is also packed plenty of suspense. The film is low budget but you can tell that great care and a professional attitude went into making this from the background music to the acting with none of the usual trappings of other low budget films. Even the make up effects and fight scenes were very realistic. 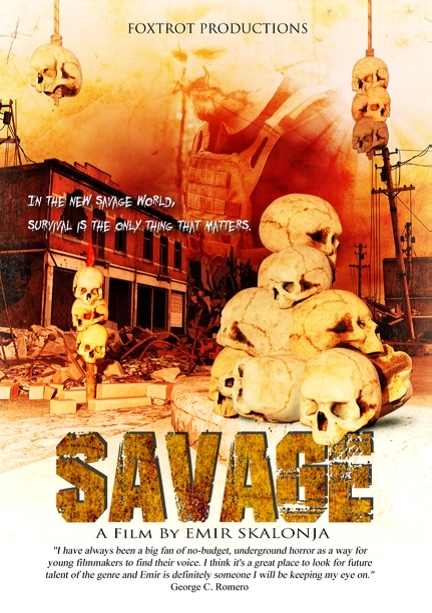 All in all Foxtrot Productions made a nice compact little thriller that fans of this genre can enjoy. And for only $5, why not grab a copy or two for stocking stuffers?