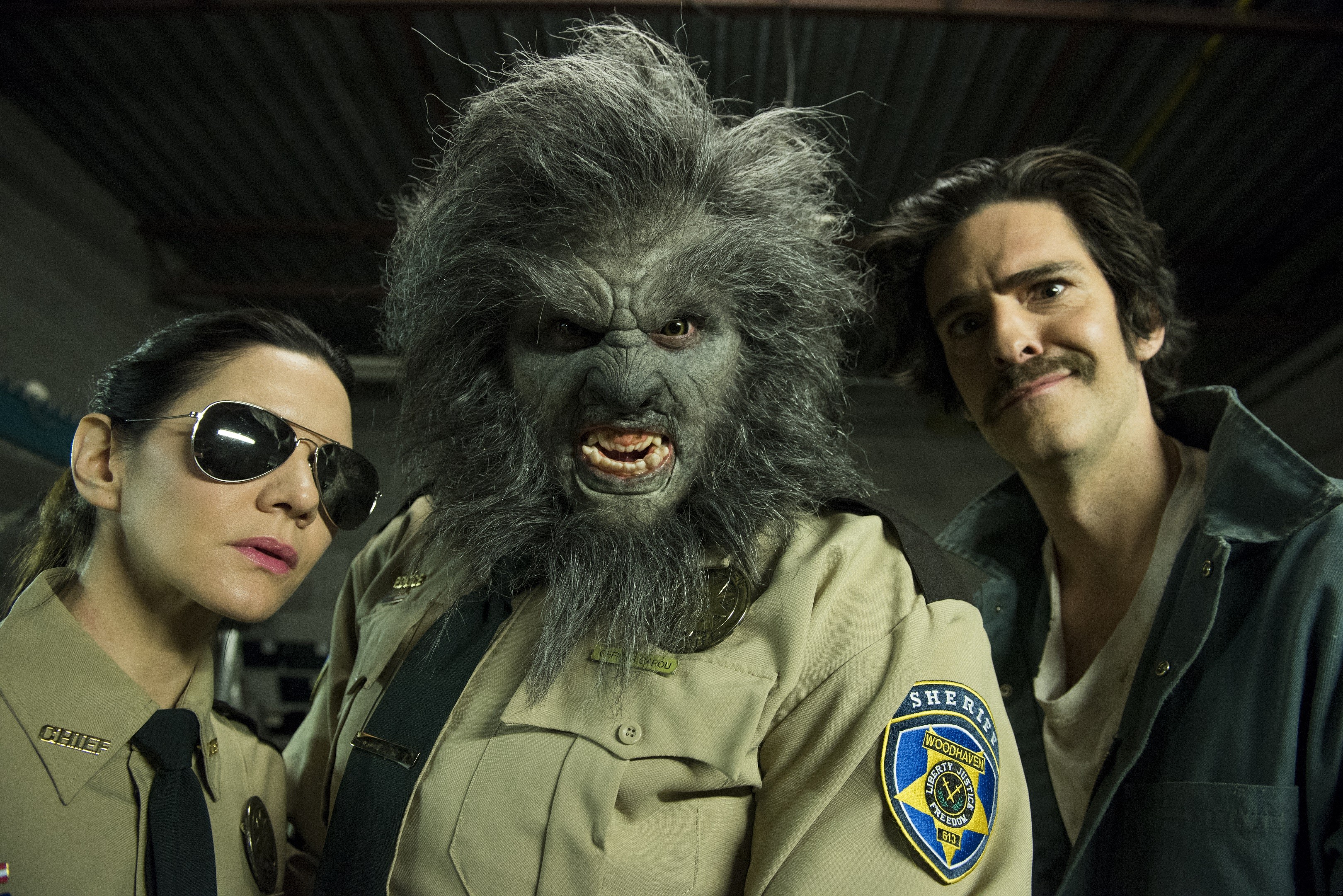 This sequel to the 2014 cult hit Wolfcop focuses on an alcoholic werewolf cop tackles the problem of a businessman who comes into town of Woodhaven with plans to take over using a brewery and a new hockey team during the Christmas season.

O, Canada! You are the home of some of the best low budget B movies made in the last thirty years of cinema history! Those wonderful risk taking taboo breaking movie rule smashing pieces of horror art ever conceived in the last 30 years of B movie history. Another Wolfcop fits right in while at the same time daring to be different than other werewolf/ monster movies put out in both the underground and mainstream markets. (Those who created the Tom Cruise Mummy movie could have took lessons from the creators of this movie franchise.) Canadian viewers will recognize many of it’s stars from it’s TV shows and other films. Most American viewers will only know one actor… Kevin Smith (yes, that Kevin Smith!) who shows up for a few scenes as the town’s greedy mayor – but it’s no throw away cameo, as his lines are a laugh riot.

The crude humor in this film are not for the easily offended (there goes the chances of this playing on the Syfy channel ever – which is a plus in my book!) with lots of large penis jokes that would make Ron Jeremy’s hide in his pants forever out of shame. Oh yes… we are treated to some softcore slimy werewolf sex, as well.

The only complaint about the film is the $6 tin man looking Terminator rip off that was only used to pad the gory body count before the bloody hockey game slaughter fest ending. Outside of that little blimp, the movie was damned near perfect.