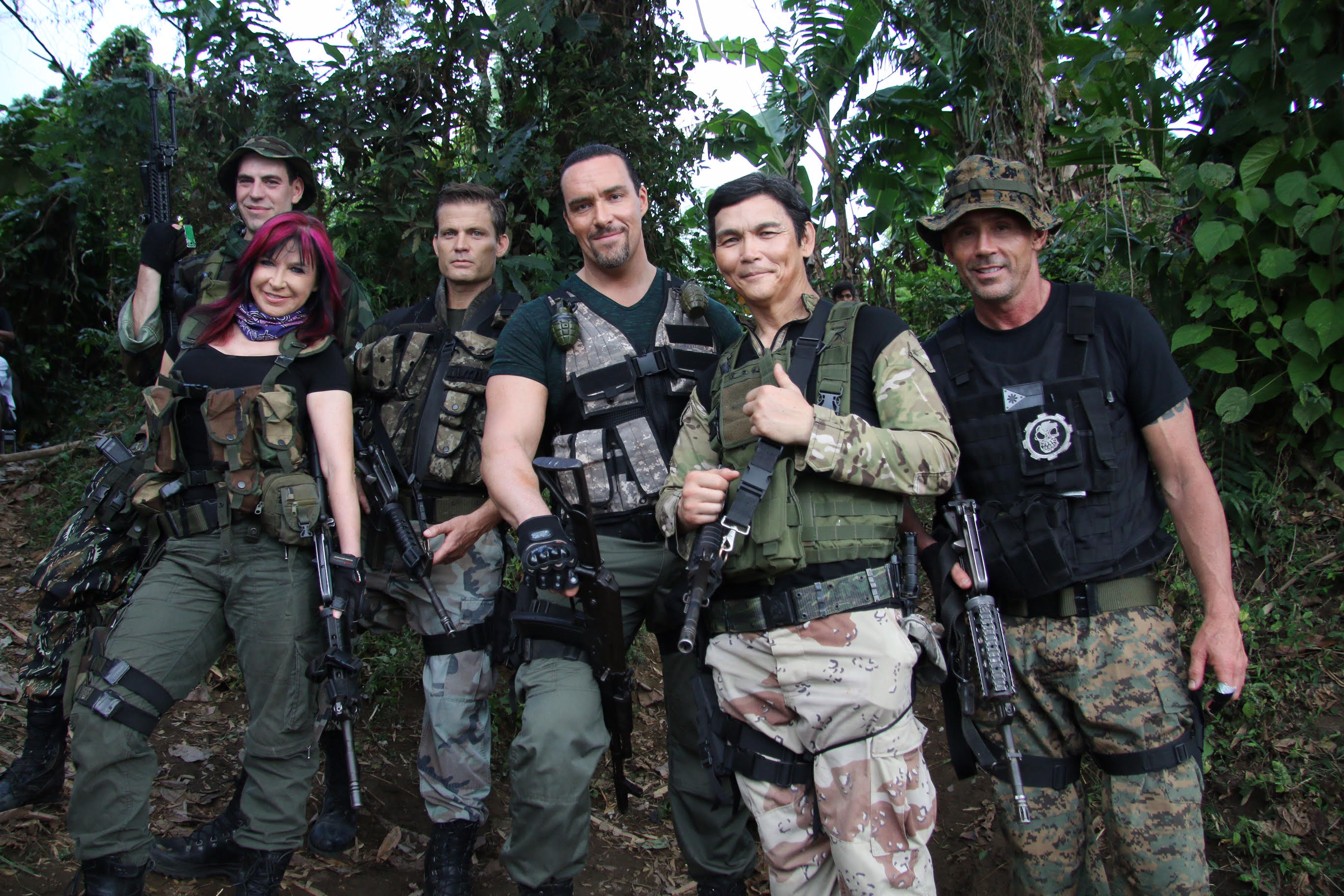 Alexander Nevsky’s latest action film, Showdown in Manila, brings to mind the golden era of Canon Films. Along with some action great from that era, Showdown really embraces that same flavor of action film. We got to talk to a few of the films stars, here’s the second: our chat with the Alexander himself. Check out the previous interview with Matthias Hue and stay tuned as we’re hoping to nab a short convo the great Casper Van Dien.

Alexander, I know this project is your baby. What inspired you to put it together?

I’m a big fan of classic Hollywood action movies and all of the action stars. I really like almost all of Stallone’s, Arnold’s, JCVD’s and Chuck Norris’s movies especially. I created a story for Showdown in Manila with my friend and idol Mark Dacascos. Craig Hamann wrote a nice script based on this story. So I can say that I was inspired by all those “dream team” films, from The Magnificent Seven to The Expendables franchise.

You’ve worked with tons of big names and on this one it’s no different. The cast here feels like a who’s who of working class action films. How did this cast and crew come about?

I wanted to work with all of them, it was an honor! I loved Don “The Dragon” Wilson films and Olivier Gruner’s Nemesis (they both were kickboxing champions and I always followed their careers because I was a boxer and kickboxer before switching into bodybuilding). Matthias Hues is a friend of mine, we did several movies together already, Cynthia Rothrock is amazing too. Mark Dacascos introduced me to Tia Carrere and I knew Cary Tagawa for several years. And don’t forget about great Casper Van Dien! Mark Dacascos did a very good job as a first time director and our director of photography Rudy Harbon was great too (I worked with him twice before – on Treasure Raiders and Black Rose).

You’re the lead here, with Casper Van Dien as your number two. How was it working closely with Casper? Did the on screen chemistry come naturally? Have you worked together before?

Casper is not number two, he just can’t be, he’s such a good actor! He’s a great action star too. Mark introduced me to him a couple of months before we started to work on the story for Showdown in Manila and we wanted him to play Charlie’s character right from the beginning. Casper is a very good friend now and we’re looking for another opportunity to work together. He’s very supportive and it was a big fun to make a movie with him!

Do you have any special stories or things about the making of this film that really stand out to you?

We were shooting this film for a month in the Philippines and it was dream come true. We shot all around Manila and in the real jungle. We trained together almost every morning. We had about 500 people around us when we were shooting the scene at the huge fish market (when I was chasing Matthias). I got to work with a lot of my idols and it was unbelievable experience! We just had the US premiere of Showdown in Manila in Fine Arts theater in Beverly Hills and it was so nice to see all of them again! 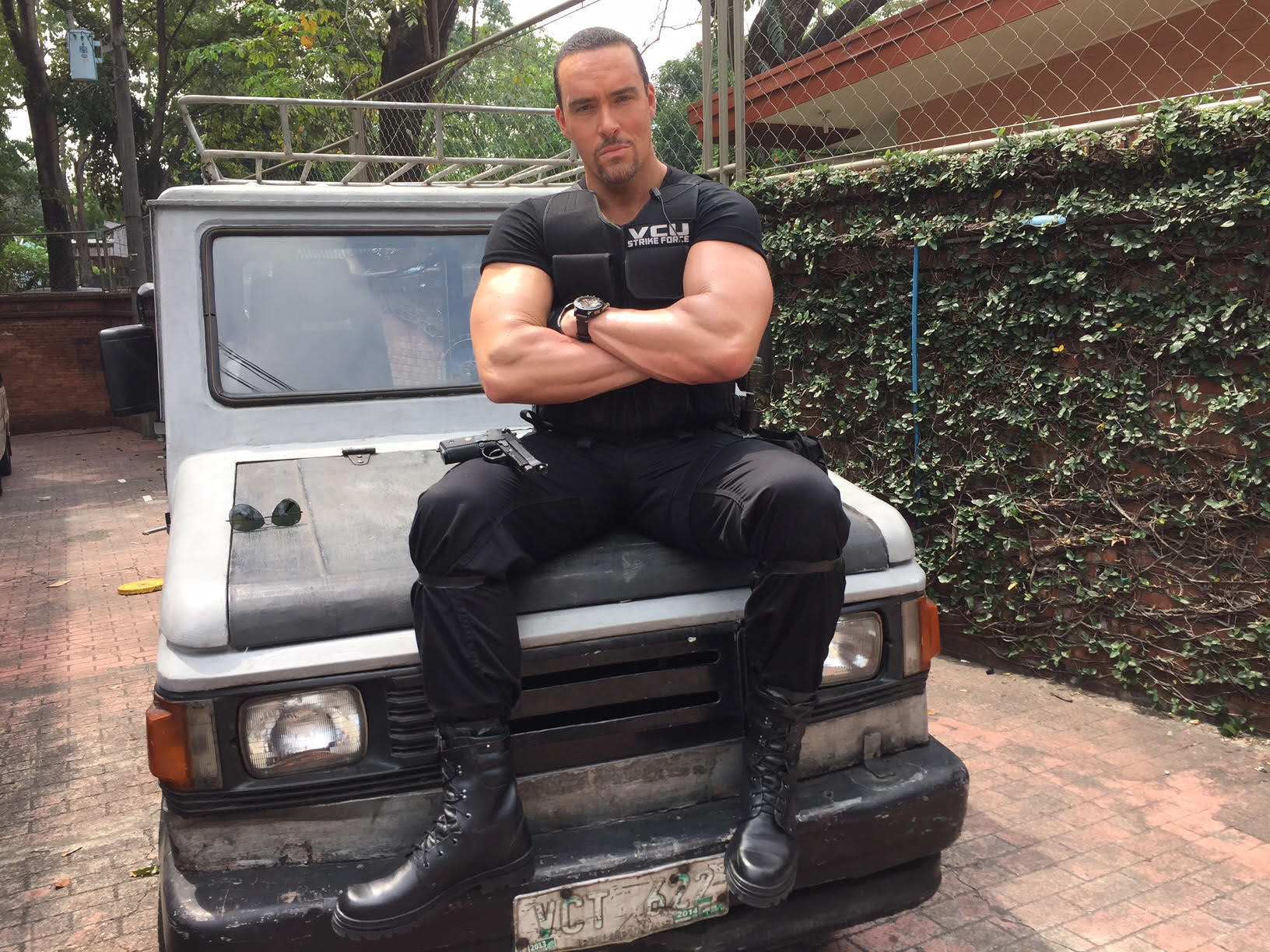 Where can folks check out the film?

Showdown in Manila was released wide in Russia/CIS in 2016, sold pretty much everywhere worldwide in 2017, open in limited theaters in North America in January 2018 and it’s on VOD, all the digital platforms and in the RedBox right now. DVD will be released in the US on March 6and premiere on Netflix is scheduled for April. I hope your readers will like our film because it was a labor of love for all of us!

What’s next for you? What should folks be excited about coming from Hollywood Storm and Alexander Nevsky? How can folks stay connected to what you’re up to?

My new action film Maximum Impact is finished, it was directed by Andrzej Bartkowiak (Romeo Must Die) and written by Ross LaManna (Rush Hour). I produced it and starred in with another great group of stars: Kelly Hu, William Baldwin, Tom Arnold and Denny Trejo. My friends and Showdown in Manila co-stars Mark Dacascos and Matthias Hues are also in this film. Maximum Impact is my biggest movie to date and it should be released worldwide in 2018. Fans can always get updates on my official Instagram at @RealAlexNevsky and Twitter at @NevskyAlexandr.

Thank you very much for all your interest and support!