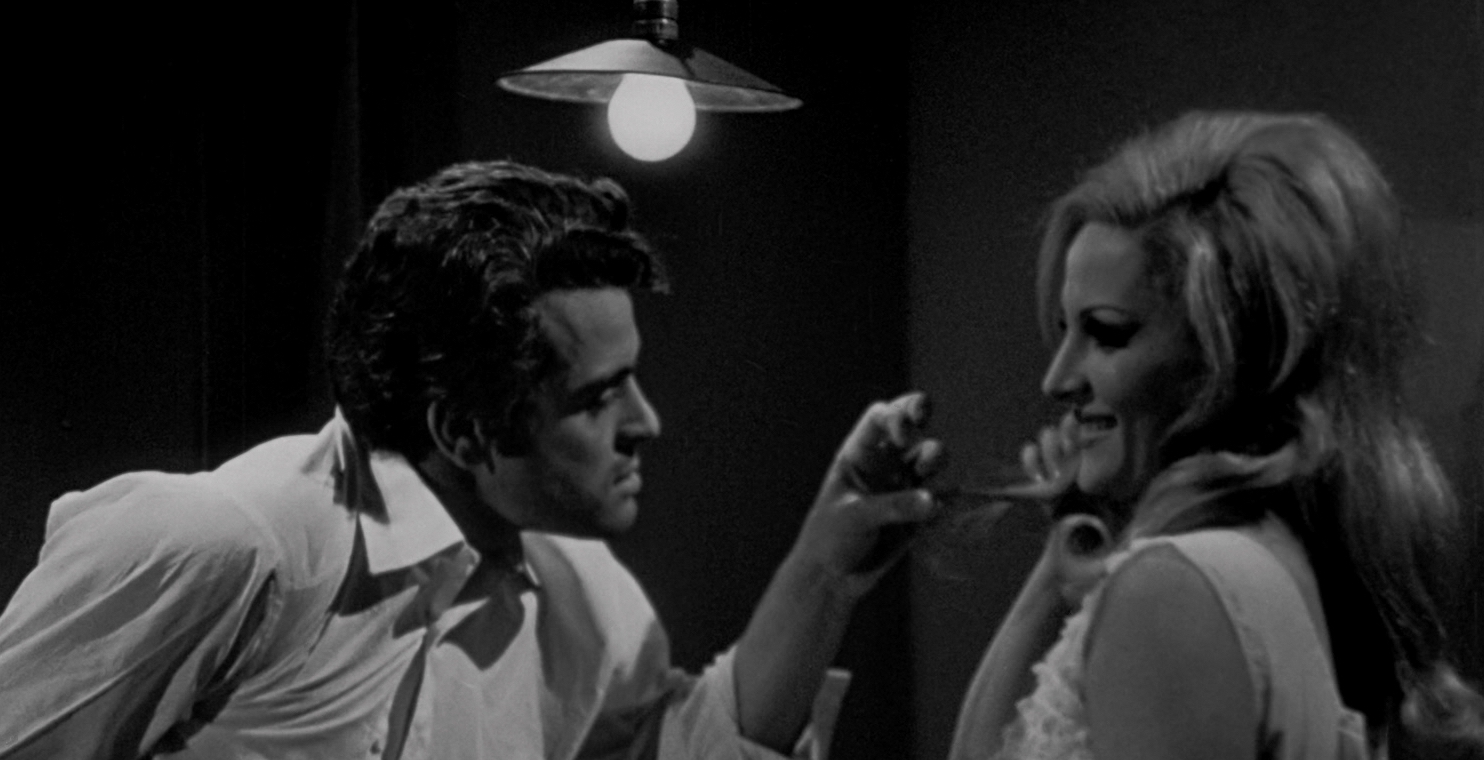 Stylish shots of men and women smoking and drinking, softcore pornography, and the occasional thrilling moment fill the runtime of this sexploitation classic. As with many – if not, most – sexploitation films, the plot most serves as a brudge between scenes of sex and/or nudity. However, this film is clearly made by a real student of film and with a budget that clearly surpasses the typically low budgeted genre. Director Dimis Dadiras was a respected and known commodity in the Greek film world and the film’s star, Gisela Dali, was known as “The Greek Bardot”. This elevates the film, to a certain extent, beyond just the standard sexploitation romp.

With no known home video release of the film prior to this one, The Wild Pussycat is widely underseen, despite having a certain reputation. Mondo Macabro has chosen it as the third installment of the Greek Collection, adding a second full length feature – the even lesser seen The Deserter – as a bonus. The film looks and sounds fantastic on this release, with both the uncut international release dubbed in English and the heavily edited Greek version of the film with English subtitles included. In fact, the Greek version had so much cut out, an additional subplot was added to flesh out the film. Ultimately, the seedier international version is the one to go with if you choose to just watch one.

The Wild Pussycat is a revenge story of a woman who seeks and finds vengeance over the man who drove her sister to suicide. Her tortures primarily include performance of multiple sex acts in front of him, forcing him to watch while chained up. The torture all leads to a final act of vengeance that is surely quite shocking for 1968 standards.