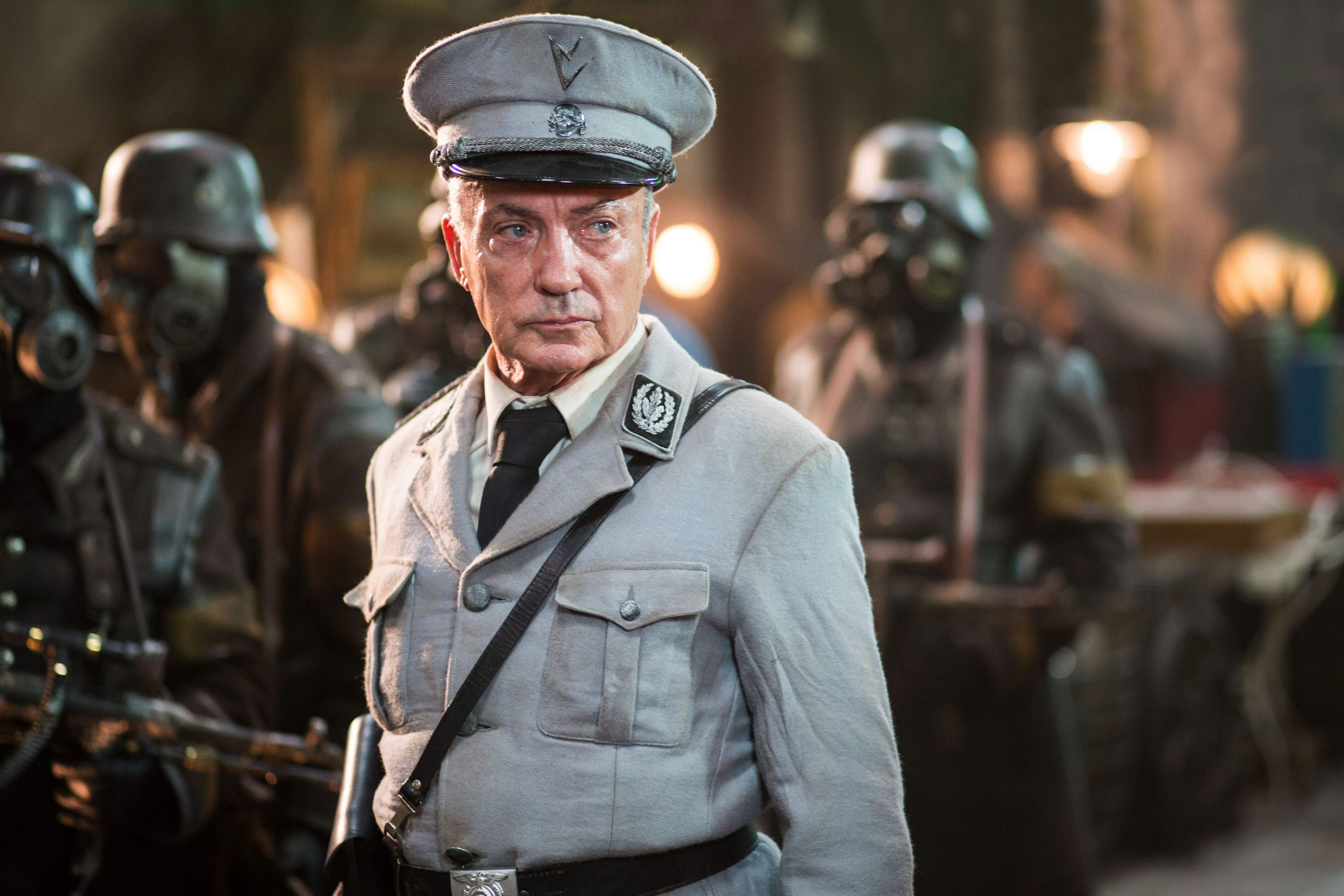 I wasn’t all that familiar with the Iron Sky universe upon initial viewing of this film. The plot summary is as follows:

Following the devastating aftermath of nuclear war on Earth, a former Nazi Moonbase has become the last refuge for mankind. Limited supplies and overpopulation threaten the survivors until Obi, the leader’s daughter, finds a map pointing to a power buried deep under Earth’s wasted surface that could save mankind or destroy it once and for all. When an old enemy leads our heroes on an adventure into the Hollow Earth, they must fight an ancient shapeshifting reptilian race to save humanity.

The story takes place in 2047, sometime after the moon Nazis destroyed earth in 2018. Alone spaceship lands on the dark side of the moon, where the last of humanity is located at. They learn of a power source strong enough to save or destroy them, the problem is that it’s located in the middle of the Earth, where there are dinosaurs and reptilian Nazis to deal with.

I’m not sure what the movie wanted to be either as a sci-fi/war movie or slapstick comedy, but it works well on either level, for me. Udo Kier has a duel role both as an Reptilian Hitler, as well his twin brother who tells our heroes of the power source. There are many nods to other science fiction films throughout and the jokes are on point. Hell, they even manage to toss in a love story for good measure.

At a runtime of 93 minutes the film doesn’t overstay it’s welcome because the laughs and action are a plenty. I recommend checking it out for a good time.