We had the pleasure of a quick little interview with the director of 1BR, which is playing this year’s Brooklyn Horror Film Fest. The film plays Nitehawk Cinema Prospect Park on Sunday, October 20 at 11:00 AM and will be followed by a Q&A. Without further ado, here’s David Marmor… 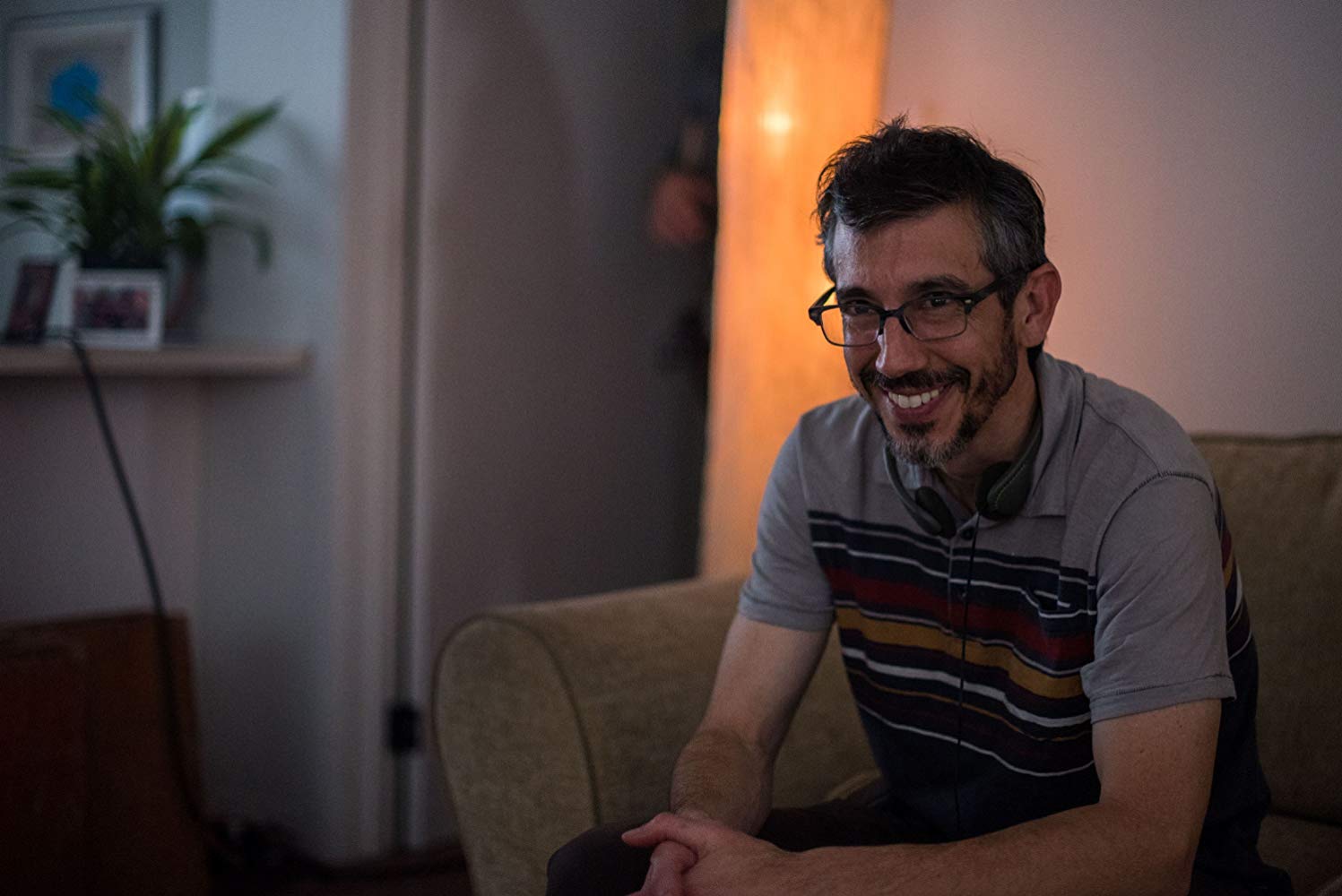 Hey David, thanks for this quick little chat. So this is your feature debut. Tell us a bit about the experience.

Making this movie was an intense education for me. I found the scale of a feature impossible to prepare for until I actually did it, especially as we were very ambitious in what we wanted to do with such a tight budget and schedule.

Starting in preproduction, we experienced just about every disaster that could befall a production. Before we even started shooting, the whole thing nearly collapsed when we lost three of our main actors and wildfires broke out near our apartment location. I pretty quickly learned that I had to let go of all the looming disasters, trust the producers to keep us afloat, and just walk onto set and shoot as if everything were fine, doing my best to create a calm and creative environment for the cast and crew.

In the end, it was probably the best experience of my career collaborating with such talented, dedicated people to finally bring to life a story that had been kicking around in my head for so long.

How’d this project come about?

It really started when I first moved to Los Angeles in my early 20s. I was living in a tiny apartment in a building a lot like the one in the movie. I’d see the same neighbors every day and we’d wave, but I didn’t really know anything about any of them, and there was something surreal and creepy about that. I also just felt really isolated, lost in this sprawling, anonymous city, and found myself longing for some sense of community. That feeling was the seed of 1BR.

From there, the journey to the completed movie was long and meandering. 1BR was actually one of the first feature scripts I wrote, but I put it on the shelf for years until my managers, Allard Cantor and Jarrod Murray, asked if I had anything else I could send them. I somewhat reluctantly dusted off 1BR, and to my surprise, they saw enough potential that they signed on to produce. I spent several months completely rewriting it, and they sent it to Alok Mishra and Shane Vorster at Malevolent Films, who took a huge leap of faith on me as a first-time feature director.

So it’s been a long trip, and still kind of hard to believe it’s finally done!

You’ve done a little bit of acting and writing, as well. What’s you favorite role in making films? Have you always wanted to be a director or do you have another love that lead you here?

My love for filmmaking started when I was really young and would play make-believe with my friends, acting out Star Wars scenes and so forth. And I wanted to keep doing that even as my friends lost interest in it, which led me to start writing little stories and acting in school theater productions. As soon as I became aware of what directors did and started to learn about people like Spielberg, who were such giants when I was a kid, that became my focus.

I went a long way down the directing road, but sometime after film school I made a decision to put aside directing and focus on writing, and that was the best choice I ever made. I spent several years just working on becoming a better writer, which reawakened my initial love of storytelling. I now think of myself as equal parts writer and director.

You have a wide range of experience in this film, with veteran actors who’ve been around for ages to younger actors whole are newer to film. Let’s start with the vets: what were some of the lessons you gleaned from working with seasoned pros?

I always learn from everyone I work with, pros and first-timers alike. Everyone brings their own unique experience and wisdom. But it’s particularly exciting working with veteran actors like Taylor Nichols, who brought so many of his own ideas and made it a real collaboration creating Jerry. I always love working with Alan Blumenfeld and Earnestine Phillips, both of whom I acted with for years in the theater and whose depth of stage experience gives them a precision and respect for the script that’s a lifesaver under the time pressure we had on this movie. And Susan Davis is just one-of-a-kind. She has so many amazing stories from her long career in movies that I could’ve just sat and listened for hours – if we’d had time! 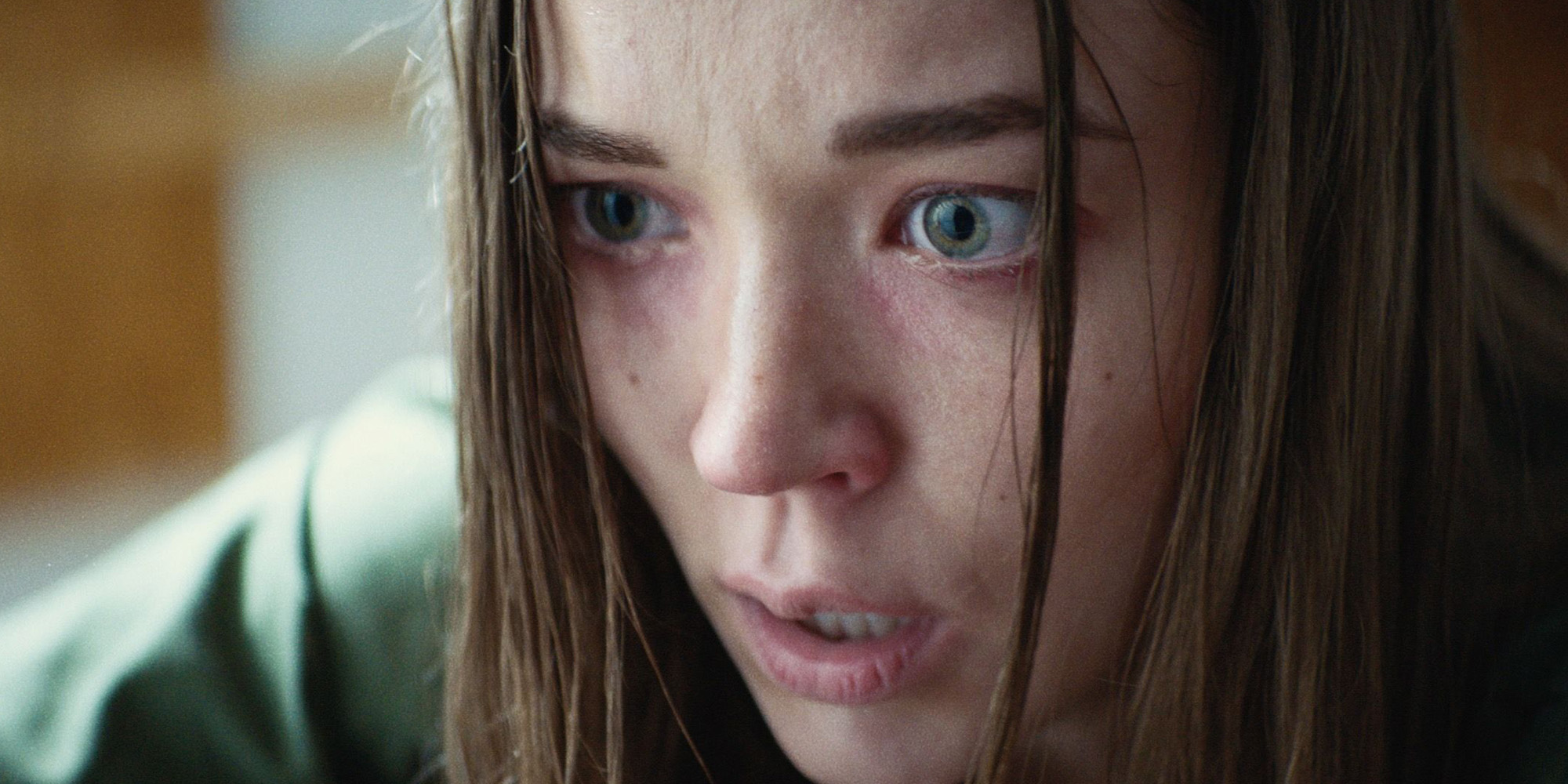 It’s impossible to overstate what our lead actor, Nicole Brydon Bloom, brought to the movie. Young as she is, she’s an incredibly skilled actor who perfectly hit every beat of the rather daunting emotional range of the character. Given our breakneck schedule, I don’t know that we could even have finished the movie without the skill and professionalism she brought. We had almost no rehearsal time, and often only had time for a couple takes, so she had to get to these incredibly intense emotional places very quickly. And she just floored me every time. She’s an absolutely amazing actor and a wonderfully kind and generous person, and I cannot imagine 1BR without her in the lead.

For folk who haven’t heard anything about the film who may be thinking about coming out, what’s it about?

It’s about a young woman named Sarah who has left behind a painful past to follow her dreams to Hollywood. She manages to score a seemingly perfect apartment, but then starts to realize something isn’t right. She can’t sleep, she’s tormented by strange noises and threatening notes, and her new life starts to unravel. And then things get much, much worse for her.

I don’t want to give any more away! I think a lot of the fun of the movie is in the turns it takes, so all I’ll say is if it sounds intriguing so far, please come out and give it a try (I’ll be there, so if you’re disappointed you can tell me in person).

Thanks for the quick chat, any other thoughts to leave the readers with before we go?

Yes! We’re thrilled and honored to be part of such a strong program of movies at this year’s Brooklyn Horror Film Festival. I think it’s going to be a hell of a week!