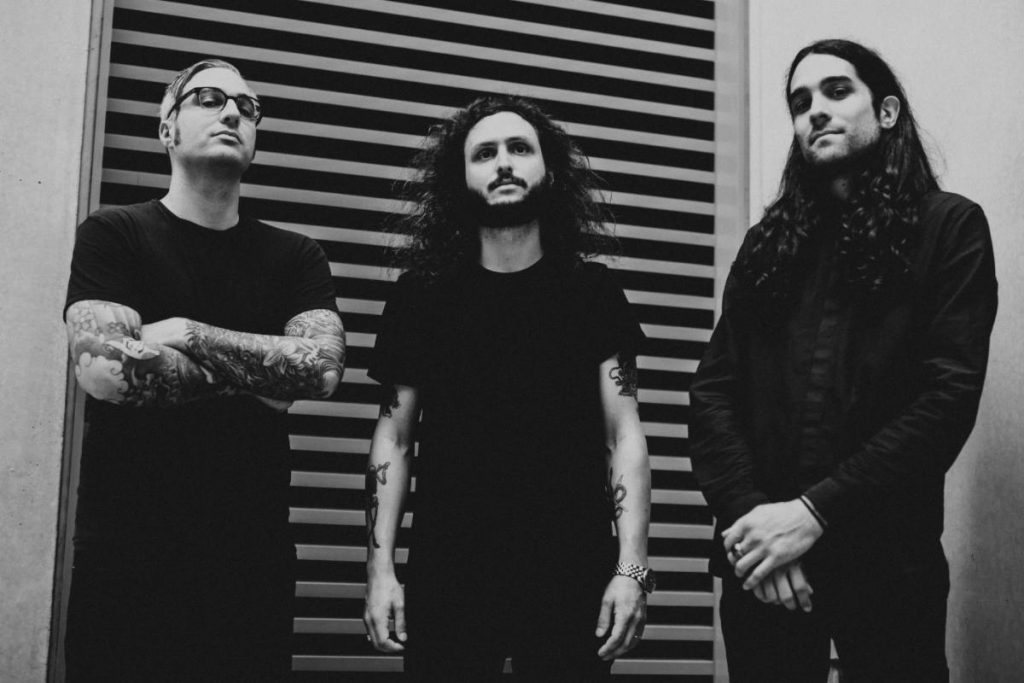 New York psychedelic band River Cult’s latest release is their sophomore effort following up on their debut Halcyon Daze. This is a heavy record that is as much a spaced out psychedelic ride as it is a bong-ripping stoner rock soundscape.

The album begins with the 11 minute title track, Chilling Effect, that begins with a synth heavy intro reminiscent of a Tangerine Dream which turns into a fuzzy guitar opus, conjuring up visions of CA desert rockers Sleep. The heavy distorted bass and drums on this track swell and dissipate into a the slow driving jam which isn’t overdone or full of too much noodling. This is the longest track, “As the Rest”, comes in between 6 and 7 minutes. Track 2 entitled “Left Hand Path, is a heavy Sabbath-esque groove, which flows in “Neo Dog”, a similar sounding track.

To be honest the tea is are all very similar, but in a good way, as it is consistent with the bands stoner rock feel. The vocals are quite secondary to the three piece’s fuzz heavy jamming on each track. It’s a perfectly lo-fi sounding record without being too underproduced. It has the feel of those 90s Kyuss records but with a little more of a 70s big drums and low bass drone. All in all, I’d say if you like the bands I’ve compared them too, check it out. It’s pretty straight forward, very raw sounding, and makes me think that if I saw them live I would be without my hearing for a few days after.