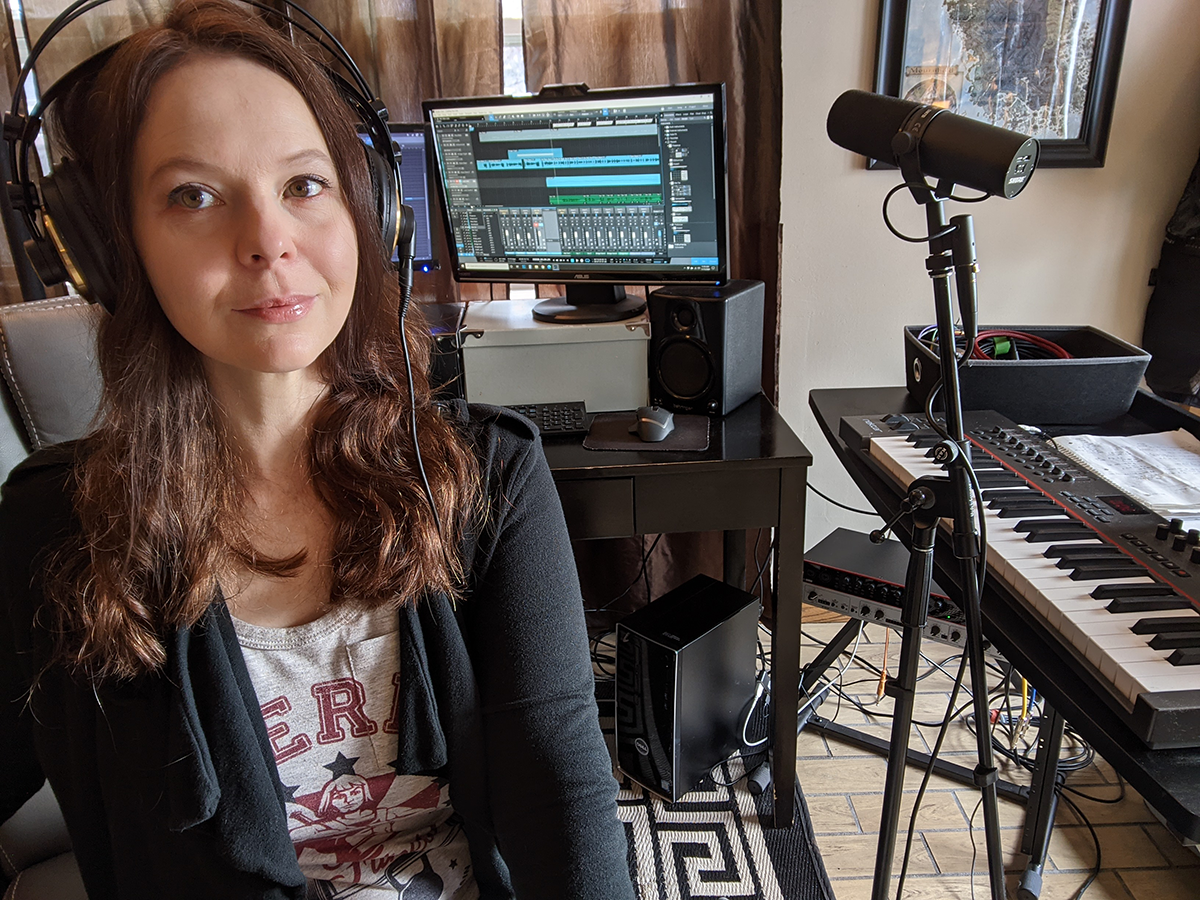 Perhaps the most technically accurate genre labels for Keen Garrity’s debut solo release, Get Big, is Americana or alt-country. Yet, to me, it’s every bit as indie rock, alternative, and pop as it is either of these. The unique sound of singer-songwriter Rebekah Burchfield – aka Keen Garrity – is as much her own indescribable sound as it is addictively catchy. Coming from an intensely musical family with an accomplished fiddler as a father, a rockabilly guitar slinging cousin, and a grandfather and uncle family who recorded for the renowned Capitol Americana as The Burchfield Brothers – Garrity couldn’t help but be a musical prodigy. But it’s her wit that’s been cultivated as a successful podcaster and her experimental side that set her apart as something truly special.

While “Gold Digger” is her top track on Spotify right now, it’s the equally playful lead track, “Shotgun”, that is ever stuck in this reviewer’s head. Both have unique references and tons of wit laid atop catchy melodies. But this is basically the theme of the album – extremely fun and clever lyrics with melodic backdrops that get etched into your brain. Each song has it’s own tasty flavor and feel, whether she’s singing about grave robbing, creatures big and small, or any number of topics you wouldn’t expect on a country inspired pop-rock album.

Keen is a unique artist that’ll appeal to fans of everything from Neko Case to Deer Hunter to Santigold to Rilo Kiley. It’s a broad base of sounds, ideas, and textures, but it always works and Harrity always makes every song her own. It’s a near certainty that we haven’t heard the last from her… in fact, one would be best betting on the fact that this is just the start of a career we won’t soon forget.

Listen to Get Big below or head to Bandcamp to download the album for yourself. You can also find her on Spotify, Facebook, and her official website.