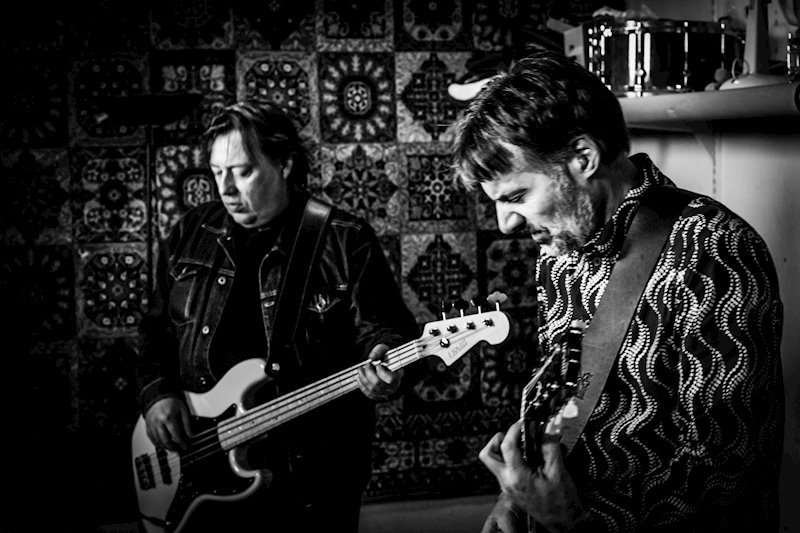 I think to truly appreciate music is to be able to hear a song or an album and gauge both what you love and don’t love about it. Sometimes an artist has a big lush sound and other times it’s stripped down and simple. Neither is better than the other, but we all have preferences. Similarly, an artist’s music may catch you, despite not being a huge fan of the vocals. Or vice-versa, the vocalist may jump out and win you over, even if the backdrop isn’t a musical style you typically gravitate towards. The more I love music, the more I’m able to hone in on what elements of an artist I love and which aren’t for me, even my favorite artists have elements that aren’t always my thing, but I can appreciate something in almost every album because I truly love art and I truly love music.

It’s with this, I approach a review of an album that’s not entirely for me, but is chock full of great things to appreciate. One such alum is the latest offering from Port Nasim, It’s Murky Grey. The band is new for me, despite their 11 year tenure. It’s likely that their being from Europe (notably residing in Italy and Germany) is part of why I was unaware of them, but also equally likely I never sought them out because “prog rock” isn’t something I tend to throw in my Google search bar. Nonetheless, I was pleasantly surprised by their particular brand of rock when the album crossed my inbox last week.

The band is comprised of the traditional power trio of prog rock, three like-minded rockers pumping out tunes together… much in the vein of the genre’s demigods, Rush. While other musicians and instruments are present in several tunes, it’s the tight 3 piece sound that forms Port Nasim’s backbone. Thus, the progressive label here is more akin to the classics of prog than some of the larger symphonic acts in the modern era. The modern sensibilities found here, rather, come from a more alternative rock influence than the prog rock set, which probably also speaks to what I appreciated about much of this album.

What doesn’t always work for me are the lead vocals, which sounds to me an issue of personal taste at times and lack of the production quality I desire at others. Either way, it’s most certainly a “me” problem, as there is nothing “bad” or ultimately distracting about the vocals overall. The music prowess overrides these particular taste issues and make the album wholly listenable and quite enjoyable.

True fans of progressive rock are almost certainly going to enjoy this album, vocals included, more than myself; while alt-rock heads will certainly also find something here to latch on to. Check out the album on Spotify or stream it below to hear for yourself, then head to Bandcamp to preorder the CD if you still love that good good physical media!