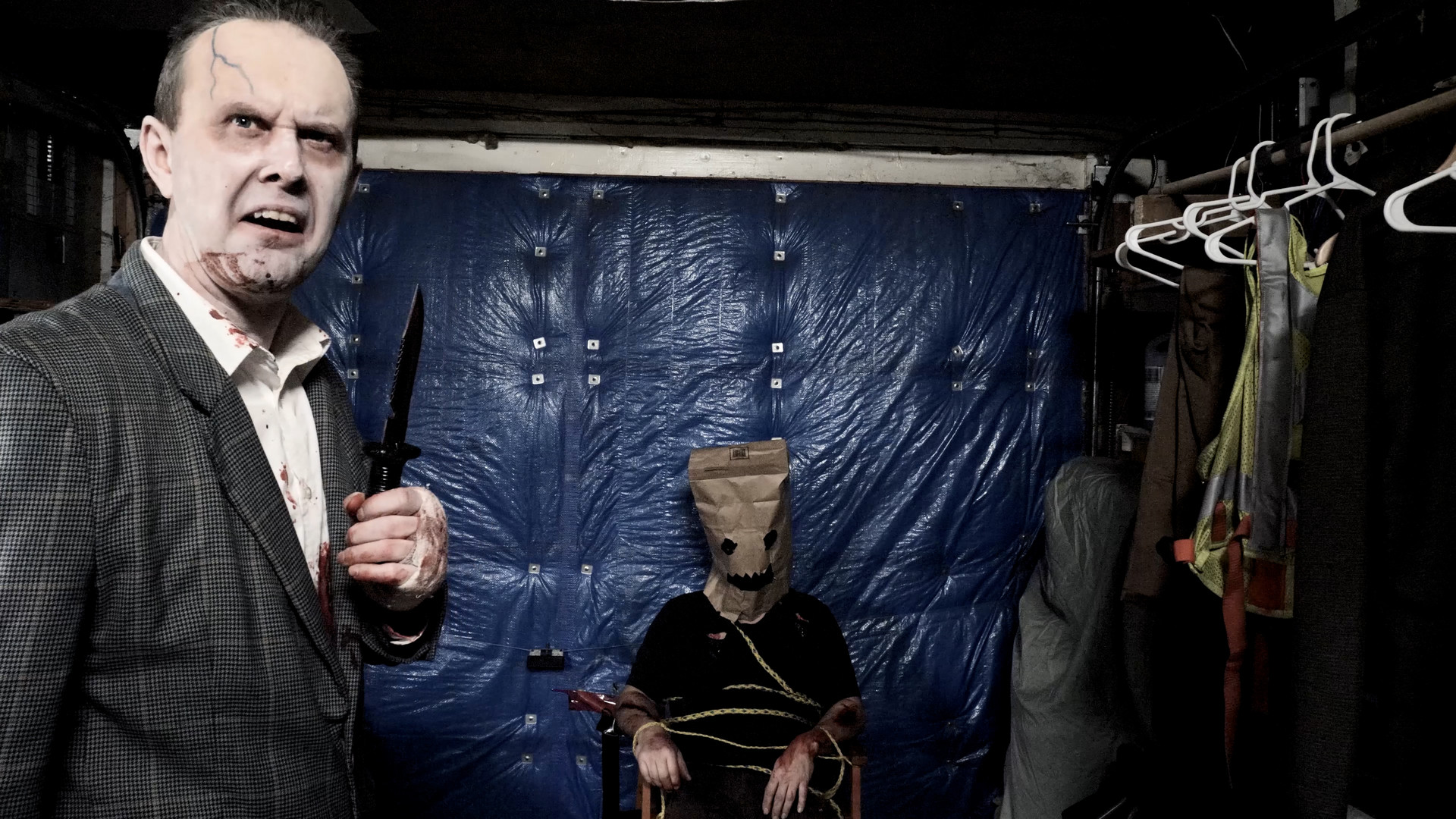 Plain and simple, filmmaker Gerald Varga meets Gerald Gerald Geraldson in a meta sequel to 2019’s Murder Box. The lines of what is and is not real are blurred in what begins as a how-to video on making a found footage horror film…

This meta sequel to UFF2 selection Murder Box follows director Gerald Varga as he navigates his depression after the underwhelming reception of his first film. My Inner Demon is a crash course on found footage horror filmmaking by two old friends who are slowly driving each other insane.

As a novice to Gerald Varga’s work, this reviewer and found footage horror fan decided it was best to watch Murder Box and My Inner Demon: A Geraldson Tale back to back to get the full experience. I loved the first film’s story, but it admittedly felt like a novice filmmaker in many ways. On the other hand, Inner Demon really feels like a huge step for Vargas as a filmmaker, front shot composition to editing to just about every technical aspect of the craft. Seeing a filmmaker grow so much in a few short years is one of the greatest joys of experiencing low budget films but young filmmakers… and this is a prime example of one such joy.

The character of Gerald Gerald Geraldson lives on and off the screen and has prior to this duo of films. A 2009 stand up set (below) shows Vargas working out the character on stage at a comedy club. His brand of horror comedy is edge without being without substance. It crawls up on the line of bad taste, but never becomes a vapid edgelord act. This is something to be commended for such an act.

Watching this character become more developed in Murder Box, then further explored in Inner Demon, is a treat. The way the character is explored as an “inner demon” of Vargas himself in the meta sequel is handled really well. Acting as a commentary on found footage film, the stress of being an aspiring filmmaker, and how people wrestle with their darker sides, Inner Demon is a must watch for genre fans.