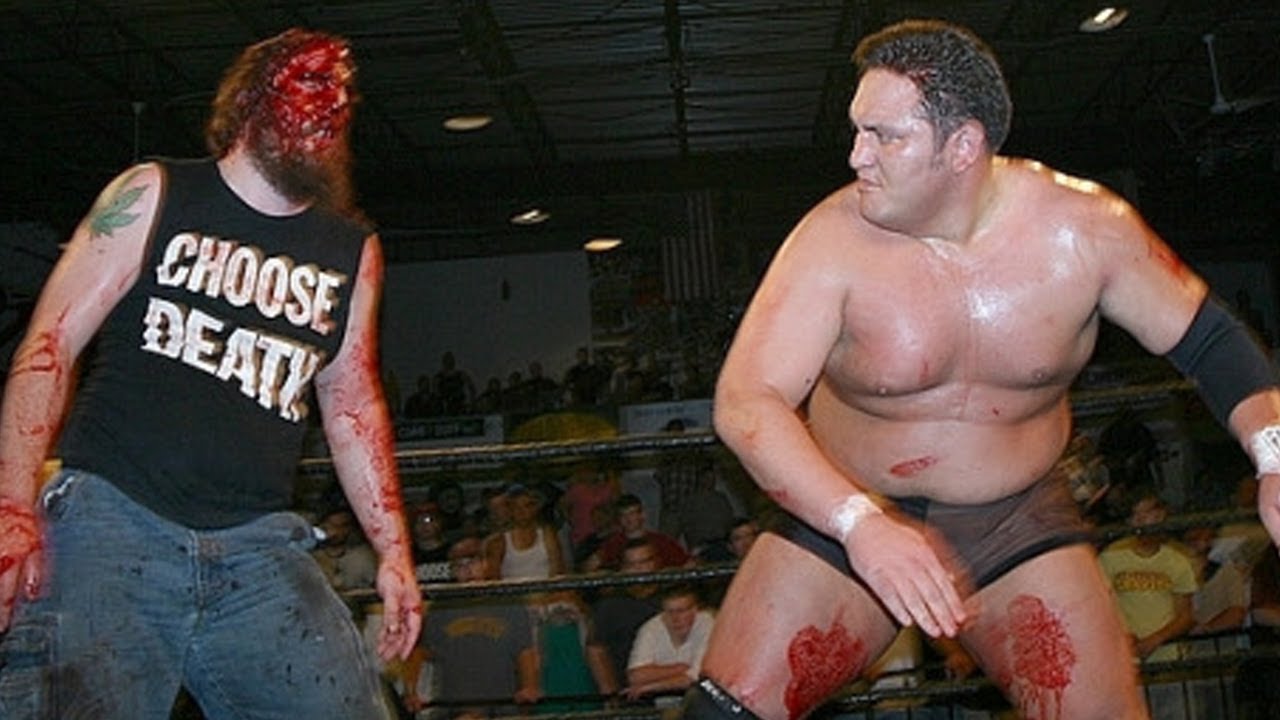 On this 10th episode, we kick off with a short story from last episode’s guest, the great Craig Liggeons, then jump into our discussion of the award winning dramatic gem, The Wrestler, and a few matches from the great Deathmatch wrestler Necro Butcher. And, who better to talk a great movie and matches from Necro Butcher than the great Deathmatch wrestler and fellow cinephile, Jeff Cannonball.

While Justin somehow forgot to hit record at first, the consummate pros Jeff and Doug save his ass with killer conversation about this film and the pair of iconic matches. As a bonus, we dive into one of Jeff’s matches where Necro Butcher himself got involved.

We also dive into his upcoming role in a horror short called Bronko, directed by indie filmmaker Owen Russell. The indiegogo campaign just wrapped, but follow Jeff and Owen for more info on the film!

This upcoming weekend of June 24th and 25th feature will two great matches from Jeff for his home turf of H20 Wrestling (run by his good friend Matt Tremont) and his home away from home Blitzkrieg Pro. You’ll be able to watch him wrestle on IWTV if you can’t make it out… and while you’re there, check him out on their original show, The Life of!