As someone who considers himself a sociologist, it’s probably not surprising at all how extremely fascinating I found my first viewing of The Purge.  The stratified system of gender, race, and class is present in virtually all of the themes of the film.  From the mass execution and complete disregard of the homeless to interesting (if minor) role of race, this sci-fi/horror/drama dystopia film presents a look at class warfare that it rarely present in film, unless that film is directed by Romero. 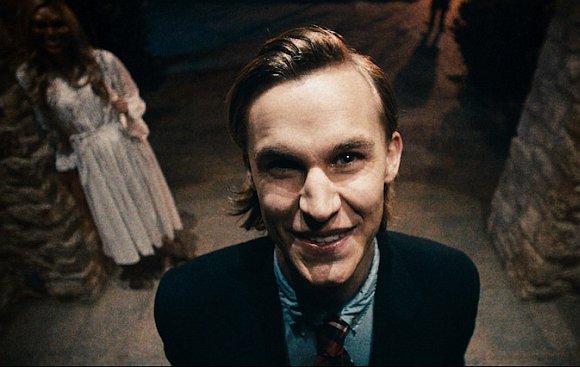 The primary antagonist is a narcissist Patrick Bateman type.  His repeated upper class rhetoric and referring to a black homeless man as “swine” is far from subtle.  This rich douchebag is one of many not-so-subtle allegorical elements in The Purge.  It’s apparent that in the film, we have a Romero style horror allegory, but it’s not as cut and dry as an anti-consumerist agenda.  Instead, in The Purge, we have a film that is at once a morality play and an allegory about the inequities of the class system.

From a spiritual standpoint, the morality play themes of the film are nothing short of true ethical dilemma.  When looking at these themes through the eyes of both sociology and my faith, there are some real difficult problems.  Do I risk self-preservation to save someone else?  Moreover, what if that person is poor?  And, black?  Is it okay to sacrifice an innocent life to save my own life? Or what about the lives of my family?

While I can’t say that I know I’d do the right thing, I do at least know what I believe the right thing is when it comes to deciding if I should risk myself for the life of an innocent homeless man.  But, when it comes to saving my family, the ethical lines become really blurry.  The fact that the man is a true “other” really doesn’t matter to me… I’m white, he’s black, I’m middle class, he’s poor, etc… but the fact that he’s not my son or my wife does matter.

I’m reminded by how I feel when I think of God asking Abraham to sacrifice his son because I can honestly say that as much as I love God and want to serve God, I would flat out tell God, “Hell no!”  In this same sense, I don’t want to allow some rich douchebag to kill a homeless man in any way shape or form… but if handing the homeless man off to the murderous yuppie is going to save my family, I am pretty sure my immediate plan would be to hand the homeless man over.

The filmmakers obviously had the intent of lampooning the mixed up priorities of the upper classes, as well as the government, but their ability to also raise extremely difficult questions of what we would do when faced with our own death and the deaths of our family members takes the entire allegory to the next level.

The concept could probably have been executed better and the film could have been improved, but that doesn’t stop The Purge from being a sociological and spiritual gem.