The Fall seems to be one of the best times for genre film fests. This means it’s a great time for offbeat independent horror films. With Fantastic Fest recently passed and several great fests on the horizon, it seemed like now would be as good a time as any to highlight a couple of the ones that I’m most looking forward to.

Let’s start local. I’m from the Philly area and starting tomorrow night, the first annual Philadelphia Unnamed Film Festival will be underway. It kicks off with a couple of shorts and an opening night get together at CineMug tomorrow at 8pm then continues through Sunday. The full schedule can be found on the front page of their site, unnamedfilmfestival.com.

I’m personally most excited for Karate Kill, an exploitation action flick that promises some crazy violence and over the top fights, and Egomaniac, the story of an indie director who will do whatever it takes to get her zombie romcom made. Check out the trailer for the festival here: 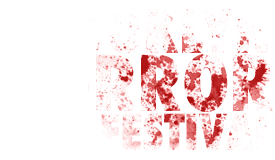 Jetting up I-95 to NYC, next week will be another badass festival in its inaugural year, the Brooklyn Horror Film Festival. The east coast premieres of the acclaimed We are the Flesh and Laotian horror Dearest Sister are two of the festivals centerpieces, as well as the world premiere of every babysitter’s world nightmare (maybe?) Child Eater (which looks hella creepy).

Along with these bigger indies, BHFF features a Brooklyn spotlight of old and new Brookyln horror films, a slew of really interesting shorts, and a collection of films screening for a panel of judges, as well. Lots to enjoy here.

Now we travel overseas to the land down under…

Monster Fest is an awesome genre film fest in Melbourne, Austrailia at the end of next month… and it just so happens they made a big announcement of titles this week. The lineup isn’t nearly complete and it’s already amazing. The quirky Slash starring up-and-comer Hannah Marks and the most fun documentary I’ve seen in years, Sympathy for the Devil, both are making their Aussie premieres. Additionally, some heavy hitters are hitting the outback for the first time, as well: Raw, The Greasy Strangler, and Autopsy of Jane Doe, among others.

The festival’s director, Kier-La Janisse, is a pretty incredible person when it comes to genre work. She runs an incredible publishing company called Spectacular Optical and is the founder of The Miskatonic Institute of Horror Studies. She’s certainly someone to watch in the horror scene, her involvement guarantees a great lineup.

These are just three of the many awesome film fests around the world, of which I’m sure there are some near wherever you live. In the coming weeks, you’ll see coverage of both PUFF and BHFF, as well as Monster Fest coverage next month. So stay tuned for more. But in the meantime, find out what’s in your area and support your local film scene. No better time than Halloween to find some great genre gems.