[Army of One] follows Gary Faulkner, an ex-construction contractor and unemployed handy man who believes God has sent him to capture Osama bin Laden in Pakistan. The story is based on the real-life Faulkner who traveled to Pakistan looking for bin Laden. 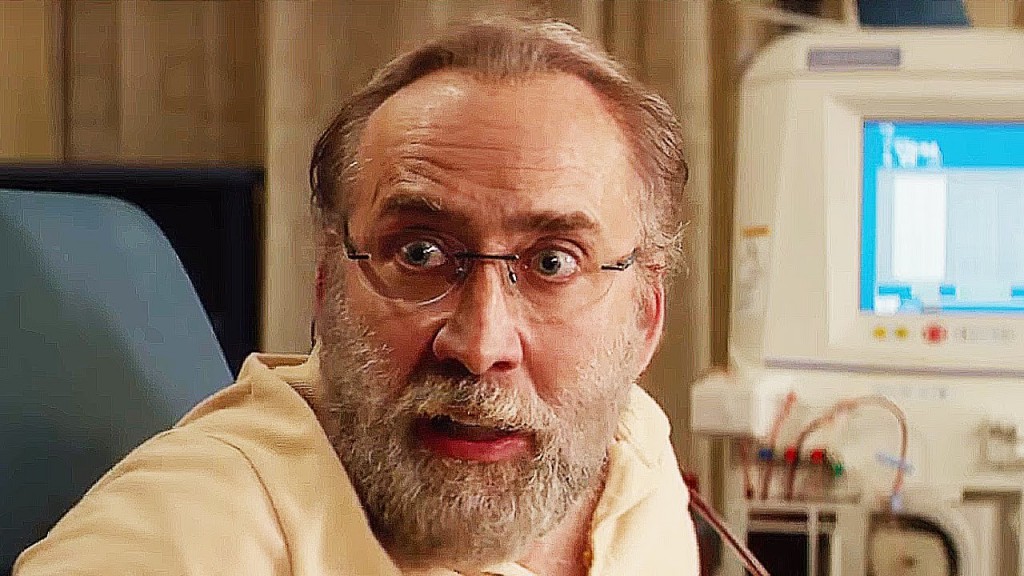 If that doesn’t sell you already, I doubt we can be friends. If I throw in the that Faulkner is portrayed by Nic Cage with a gray beard and ponytail speaking in a weird, higher pitched voice and that God is played by a foul mouthed Russell Brand, yet you still aren’t sold, we definitely can’t be friends. The conceit of this film, based on the real life story of the aforementioned Mr. Faulkner, is enough to get me giddy. The execution, however, is where it goes from a fun concept to a laugh out loud indie comedy that deserves far more hype than it’s getting.

Releasing on Friday in select theaters and on VOD, the film immediately jumped into my top 10 of the year (so far) and is easily in the top 3-4 comedies of 2016. In fact, other than the brilliant Hunt for the Wilderpeople, I could probably argue for it being my favorite comedy of the year.

We are introduced to Faulkner right away and he begins running his mouth about anything and everything. The quirky and off-beat protagonist played by Cage (at nearly full volume Cagey-ness) proceeds to continue talking throughout the runtime, only stopping long enough to breathe, kiss, or let the occasional word into the conversation from one of the other players. Yet, somehow, Cage finds a way to let his supporting character shine through the cracks in his larger than life leading role. 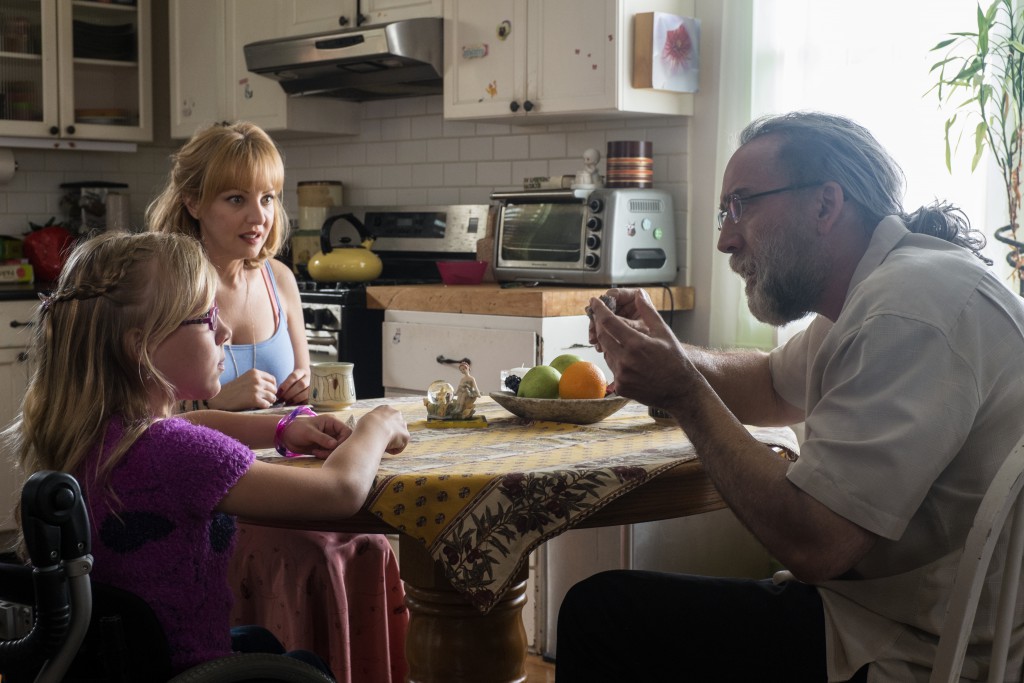 Cage is joined by Will Sasso and Paul Scheer as his best buds and gambling buddies, Rainn Wilson and Denis O’Hare as federal agents, Matthew Modine as his psychiatrist, and (as noted above) Russell Brand as God. His object of affection and leading lady is Wendi McLendon-Covey, who knocks it out of the park as Faulkner’s lady love, Marci Mitchell. This great cast takes a pretty strong script and turns it into a truly unique and hilarious satirical gem.

This isn’t director Larry Charles’s first rodeo, filling the director’s chair in projects such as Sacha Baron Cohen’s The Dictator, Bruno, and Borat. Many also would know his work from TV, most notably as a lead writer and producer on Seinfeld from 1991 to 1994, as well as a producer on Entourage. While he was responsible for some of the most controversial episodes of Seinfeld and the highly controversial work of Baron Cohen, in the case of this film, Charles takes the story of an endearing nutjob and presents it as an easily palatable and relatively controversy free little package. It’s a film that some folks will love and others won’t, but it seems to be a hard film to hate.

With the election right around the corner, a film with a different take on patriotism feels fully appropriate and poignant. And, somehow the film actually presents this interesting portrait of patriotism while being entirely apolitical. This means Army of One is the perfect film for this election season, a completely nonpartisan story about the patriotic fervor of a brave, albeit not all there, American man that wants to bring about justice to the evil-doer who wronged his beloved country.

Cage is brilliant, McLendon-Covey is his perfect compliment, and Brand is utterly ridiculous in the best way possible. This is the type of film that deserves your attention. So, find a local theater playing this gem come Friday or chip in a few bucks on your favorite VOD platform and support one of the best comedies you’ve never heard of.