Nothing new to report in regards to the sloppiness tonight. Sour beer, it’s kinda my thing when I drink these days. A few bottles in, I’m still feeling pretty normal. I’ll keep working on that, though. Onto our films, and like last time, we’re getting the lesser entry out of the way first. 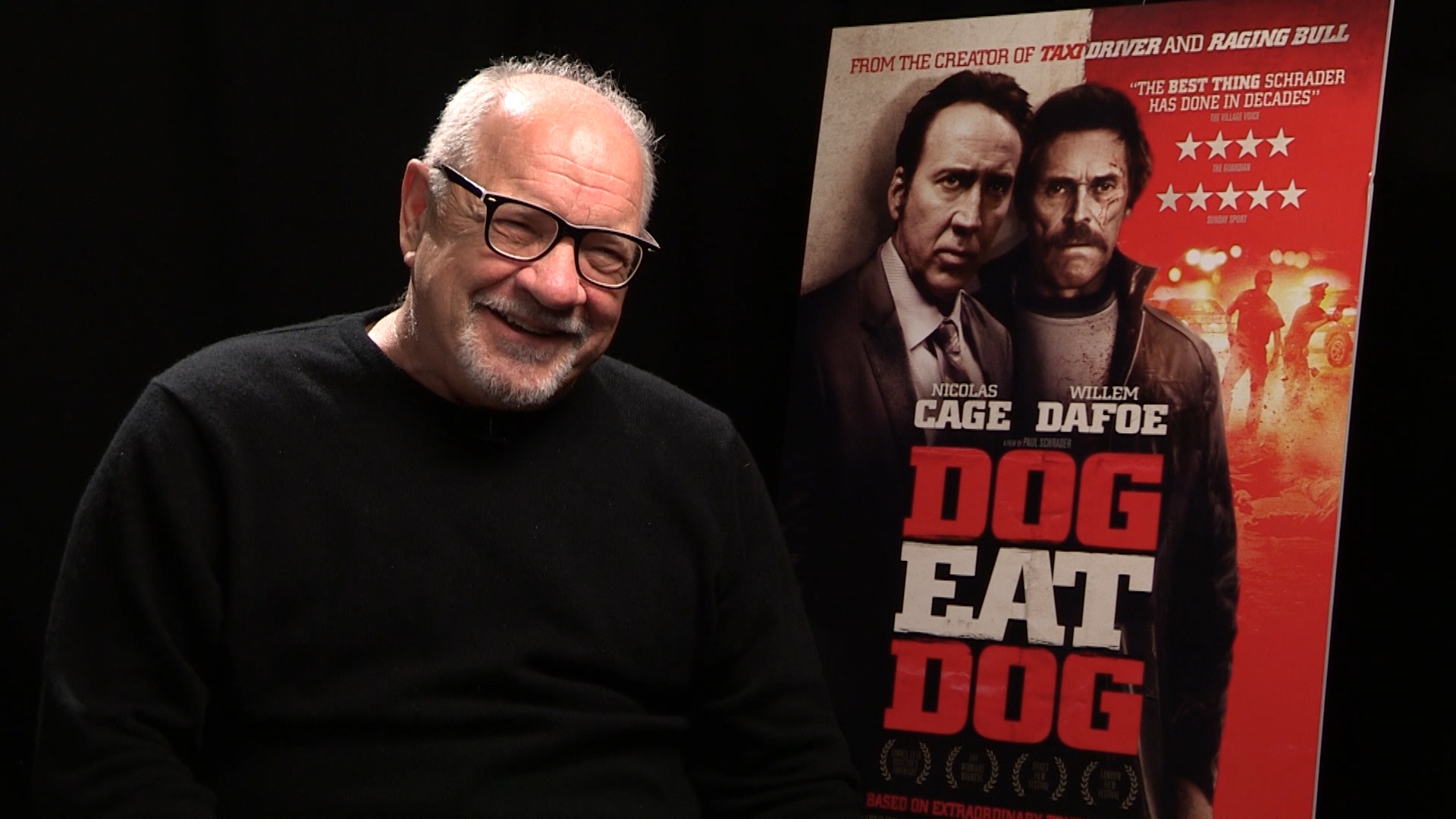 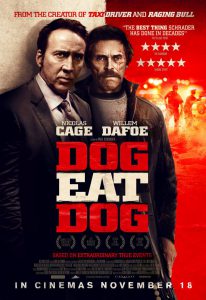 In his latest, 2016’s Dog Eat Dog, an adaptation of criminal-turned-crime-writer Edward Bunker’s 1995 novel of the same name. The film teams up Nic Cage and Willem DaFoe in what promises to be one hell of a nihilistic and anarchic ride of blood, guts, and boobs. Sadly, the film never lives up to the casting or its own promise, however. Instead, we’re treated to moments of brilliance wedged in between a plethora of cinematic doldrums.

This isn’t to call this film a piece of dog crap, but rather one that never lives up to what it could have been… I mean, when you get two great actors like Cage and Dafoe, both known for their cine-manic (cinematic and manic, that is) freak outs, sharing a screen, it’s fair to assume there will be far more energy than this film delivered. While the goal of Shrader and company seemed to be shocking, the find product is more shocking…ly mediocre. 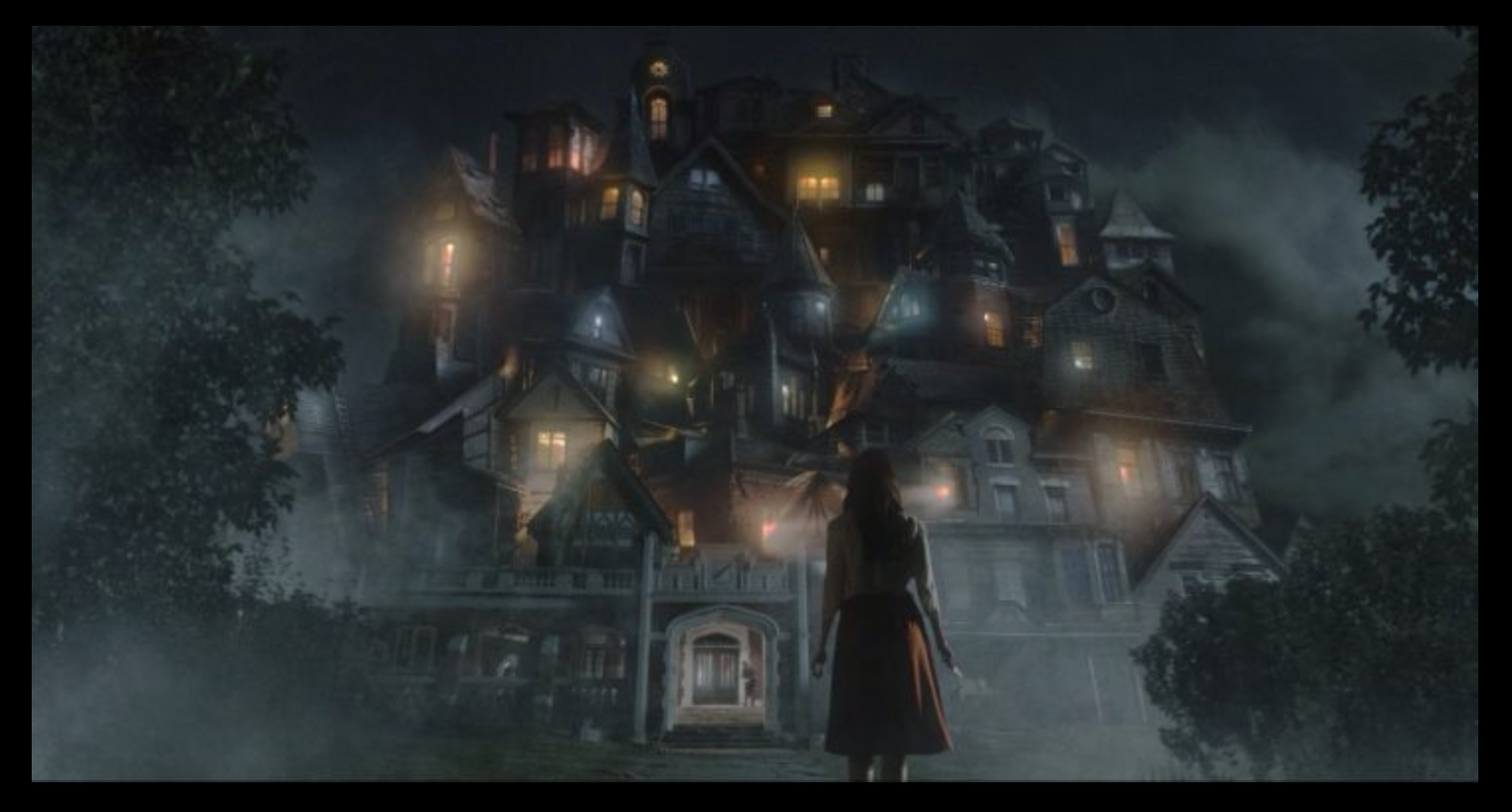 If I may begin with a word of caution, don’t Google “Abattoir” without adding the words “film” or “movie”, as an abattoir is a slaughterhouse and the images that pop up are the types that PETA likes to plaster on their flyers. Another word of caution, this movie is apparently not for everyone, as my enjoyment of the film is not shared by many in the horror forums and groups I post in.

Darren Lynn Bousman is most known as the guy who stepped in for James Wan in the Saw sequels (he helmed II, III, and IV), though I’ve been most fond of his unique horror/sci-fi industrial rock opera Repo! The Genetic Opera and his segment in Tales of Halloween. In mid December, Bousman released his latest, a different take on the haunted house genre.

The other night, I was finally able to watch the film the other night because of insomnia. Around 1:30/2:00 am, I put on my headphones (listening to my television with wireless headphones while my wife is asleep has been a Godsend) and pressed play. When the film ended, my insomnia was only worse because I was now laying awake horrified of every creek and sound my house was making.

Many folks told me that the film was not very frightening at all, but fuck if anyone could have told me that on my sleepless night. Be it delirium from being awake too late or everyone being asleep in my pitch black home, I don’t know; but, it terrified me time and time again. I can attest that my headphones were quite likely one of the reasons it hit me hard as well; the sound design of the film was incredible, heightening every creepy moment.

If I give anything about the story away, I think it would be an injustice to anyone interested in giving it a try, whether today on VOD or in a few months when it inevitably hits subscription streaming services. I went in blind and it was one of the scariest things I’d seen in awhile, albeit I’m susceptible to all things supernatural, especially if there is religious content. And with that, I’ve said too much.

Tonight, I not only defeated the beer and got through this piece wide eyed and bushy tailed, but I even digested a few episodes of Black Mirror while doing so (to which I say, technological advancement is not a black and white issue AT ALL). The short of it is that I recommended genre film fans check out Abattoir for sure; Lin Shaye is great, the leads are strong, the concept is unique, and Dayton Callie is a true creep. I don’t necessarily recommend against Dog Eat Dog, but I assure you that the parts are greater than the sum. I mean, it’s nice to see the inevitable bloody demise of the racist prick of the bunch (you’ll know of whom I speak within minutes of Shrader’s film), but it’s not going to go down as a film to remember.