Over the past few weeks, I rewatched 2 films that have always hit me hard, one is considered a classic and the other is pretty well regarded by the horror community but not many beyond that specific demographic: the first being Stanley Kubrick’s adaptation of Anthony Burgess’s landmark novel A Clockwork Orange and the latter being Dee Snider’s Strangeland. While the films are quite divergent in story and… well… quality, the major themes surrounding the stories have a lot in common. And, like many of these graphic and intense grindhouse films, they tackle important some of the themes I wrestle with in my faith and deeper morality far better than “Christian” films or tamer, family type films.

Let’s begin with the obvious one, one of my favorite films, based on one of my favorite books, in which the overarching themes of government playing God and toying with the free will of its people are explored in great depth through a bit of the old ultraviolence and a few swift kicks to the yarbles – if you have any yarbles, that is! 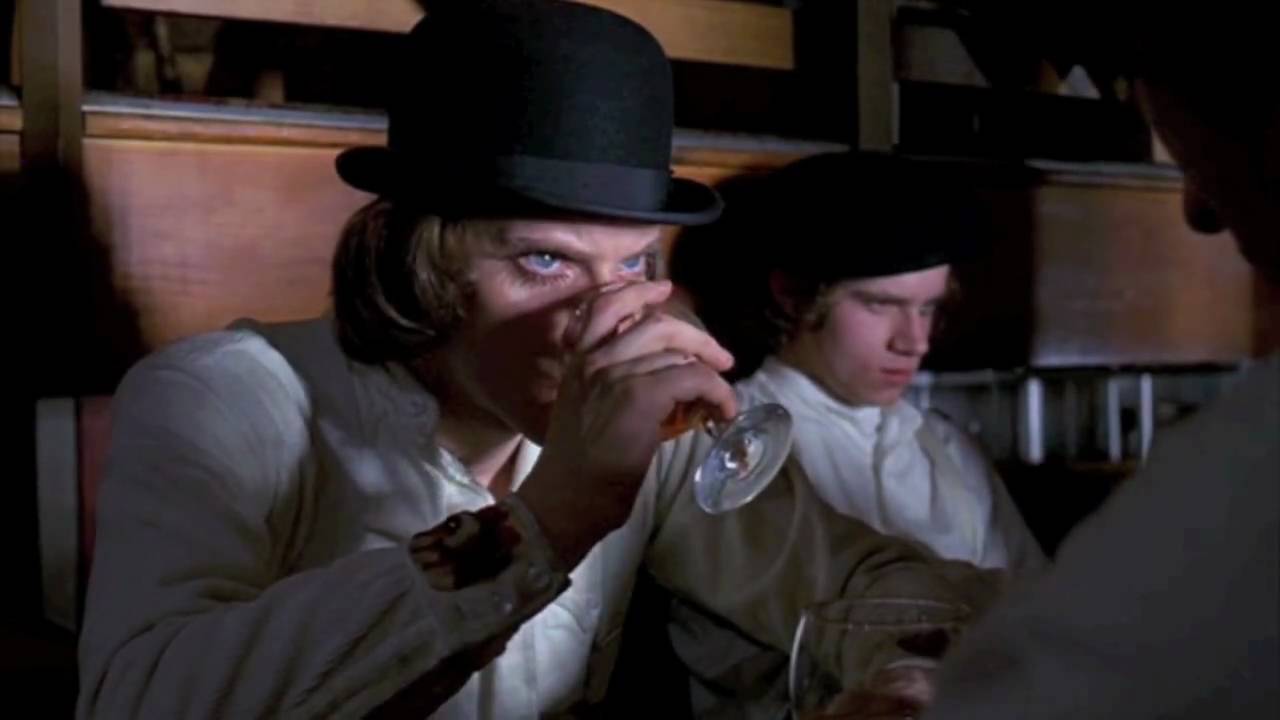 A film that features a large smattering of the ultraviolence and the a bit of the old in-out-in-out, Stanley Kubrick’s adaptation of Anthony Burgess’s brilliant novel, A Clockwork Orange, was originally given an X rating here in the US and banned in several countries. Just over a year after its release, Kubrick agreed to cut just under a minute of sexually explicit material to get an wider release and an R rating here in the states. The decision was probably a smart one, as the film received more acclaim with the wider audience, though some still found it pretty obscene by the standards of its day.

While there are tonal differences in the novel and film – and Kubrick, the eternal pessimist and purveyor of the sterile aesthetic, left out the book’s less cynical ending, opting instead to end the film a chapter short of the novel – both exemplify the key themes quite effectively. The notable theme that I wish to really dive into here is the battle of predestination and free will. Accompanying this theme is the film’s willingness to wrestle with the ills of totalitarianism and a government willing to play God. 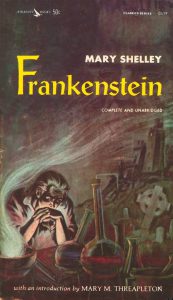 Playing God is dangerous, as we’ve seen in many other fictional and non-fictional works. The classic literary example, of course, is Mary Shelley’s tale of one Dr. Frankenstein and the life he creates. The “monster” is shunned and beaten, turning him into something beyond the control of man. Perhaps the creation’s darkness was always within it, as it is impossible to know just what a man-made life is capable of, but society played its part in, also, creating a monster. This is a theme wrestled with at great lengths by the second film in this double feature; however, it also lends itself to the discussion of Kubrick’s classic.

Like Dr. Frankenstein, the government – in an act of sheer totalitarian style authoritarianism – decides it can “cure” a young offender of his/her predilection towards criminality and violence through a torturous regimen of drug that create illness and video footage of horrifying violent imagery. Young Alex (an early career defining role for Malcolm McDowell) is the leader or a small gang of 4 ruffians who terrorize the cityscape and countryside with acts of vandalism, drunken debauchery, violent scuffles, and sexual depravity, both with the willing and the violently coerced. They have no gripes with raping women of all ages, beating up the defenseless, or doing all types of unspeakable shit. One day, sick of the torment dished out to them by their leader, the others set Alex up, and he goes too far… committing a murder and ending up sentenced to a lengthy prison sentence. After a couple of years, he is selected for the aforementioned “cure”. 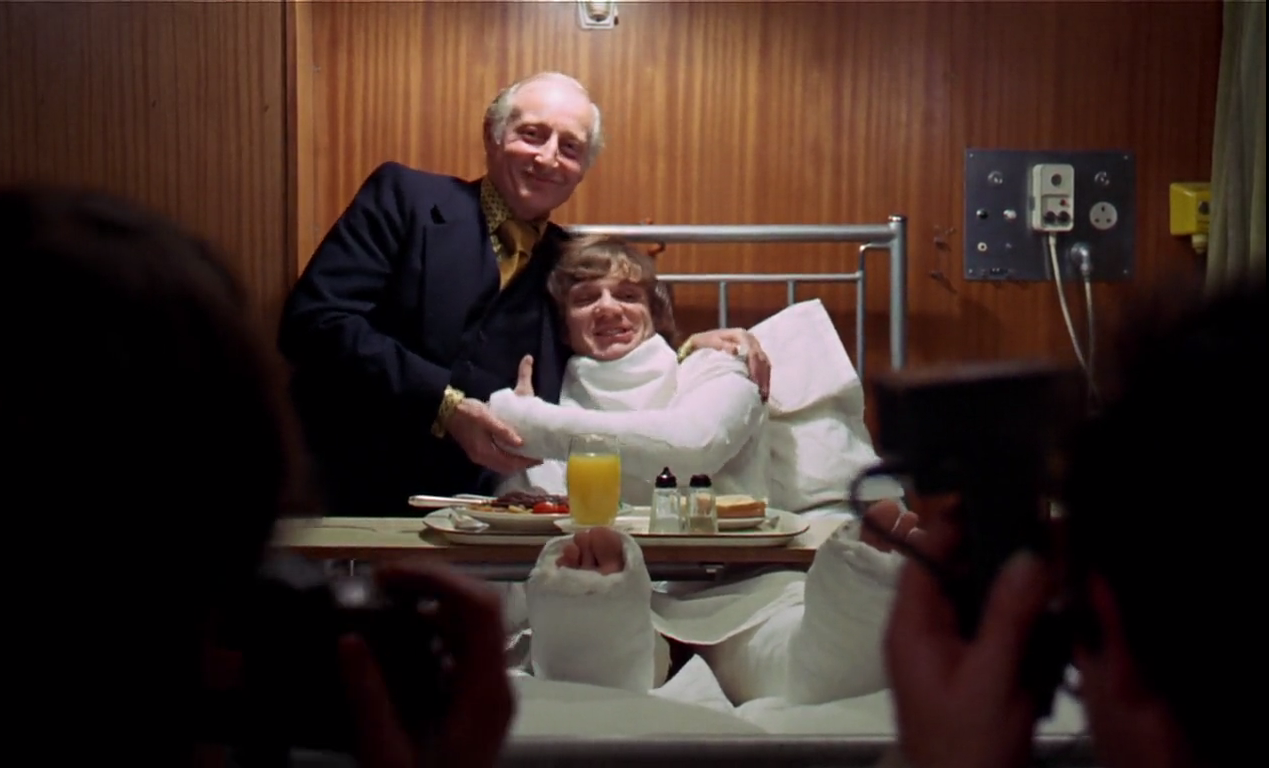 So, here we are… a young man who is programmed against violence after torturous regimen is released to society. And, through his past catching up with him, a family who has moved on, and some horrible unintended consequences of the regimen he’s been subjected to, things end up going… not-so-well. What we’re left with is evidence that the programming didn’t work, effectively meaning they tortured someone for no real reason. However, even when it seems as if it did work, that Alex is “cured”, there is no real solace in that; instead, we see impotent and virtually useless man who can’t effectively live his life at all. Moreover, if he is only being good because he must be good and not because he is choosing to be, does that make him less human? Is a human still a human if he/she loses free will? Or, is free will merely a myth anyway? There’s a moral conundrum – a true moral dilemma – here; and, it’s no less powerful a dilemma whether Alex is “cured” or not.

In high school and college alike, I wrote several papers on A Clockwork Orange, albeit technically on the novel. In all cases, my discussion was on predestination vs. free will. This thematic question – this moral dilemma – is what drawers me back to this story; it’s what has oft enticed me to get a tattoo with Alex’s inmate number (655321) somewhere on my body. I am drawn back time and time again to challenge the ideas in the film. Can a government be justified in taking a person’s very free will away from them? Physical incarceration is already morally questionable, dependent on many factors. Incarceration within one’s own mind is a whole other level. When living in a prison, one’s freedom has been severely limited; however, when Alex was programmed, he was literally unable to make his own choices. This is a difficult thing to ponder, when considering the evil that Alex has done in his young life.

Alex’s later unraveling happens for a variety of reasons, yet one of those reasons is because of how society is reacting to the old him. Even after being cured, there’s a “once a bad person, always a bad person” mentality presented by many of the people who deal with him. This is what is meant by the “self-fulfilling prophecy” in the title of this post and also a very important theme in the next film, Dee Snider’s Strangeland. 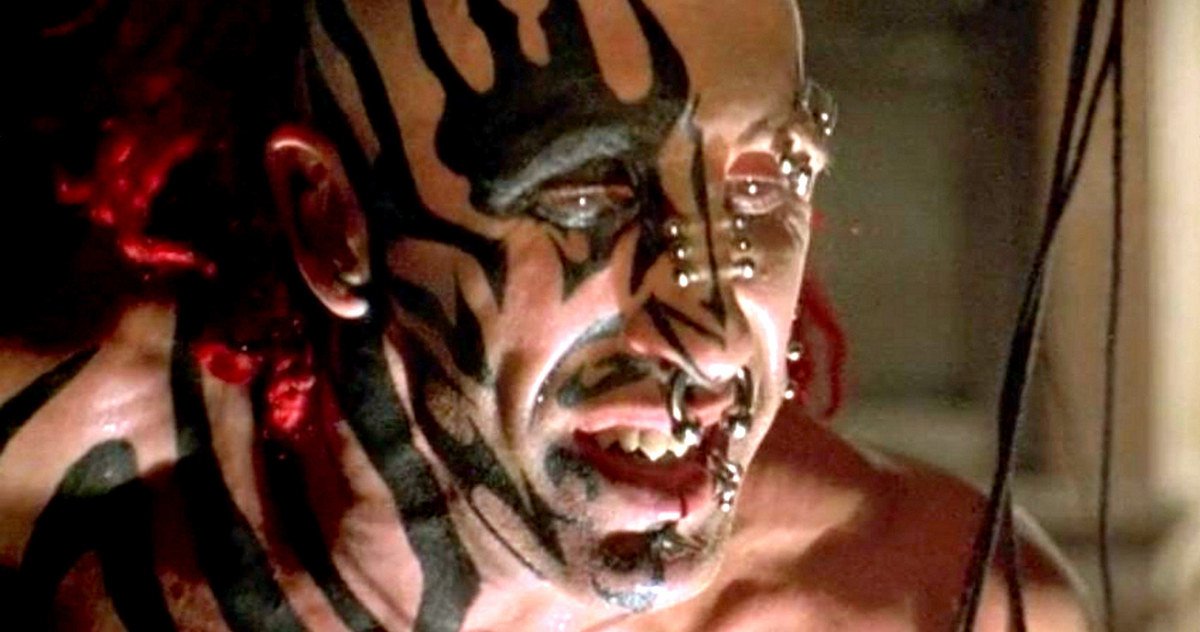 Certain aspects of Strangeland didn’t hold up for me the way I expected. It was a film I revered for some time as an incredible sociological horror. It has a lot of great social, philosophical, and theological themes to wrestle with, but calling it an “incredible” film is probably a bit of an exaggeration. Nonetheless, it’s a poignant film with as much bite to its commentary now as ever.

Self-fulfilling prophecy is the very name of the game here, as a sexual deviant named Carleton Hendricks (Dee Snider) is caught after luring girls via the Internet (the 90s Internet, mind you… a truly scary place). His particular deviance is extra creepy and involves extreme body modification. After being determined not guilty by reason of sanity, Carleton is rehabilitated and released… but soon after his release, the townsfolk, led by a redneck Robert Englund, literally lynch him, believing they’ve killed him by hanging him from a tree. When the rope snaps, so does he… and the sadism is cranked to 11. No longer just a sexual deviant, he’s gone full on rapist and murderer.

The social commentary is heavy handed, but remains pretty powerful. An outcast with MH issues turns to a dark lifestyle and tries to change. Ultimately, when it seems that he has changed who he is and wants to be through rehabilitation and treatment, society refuses to let him change and deems his a pervert and offender of the worst kind – and so he becomes. 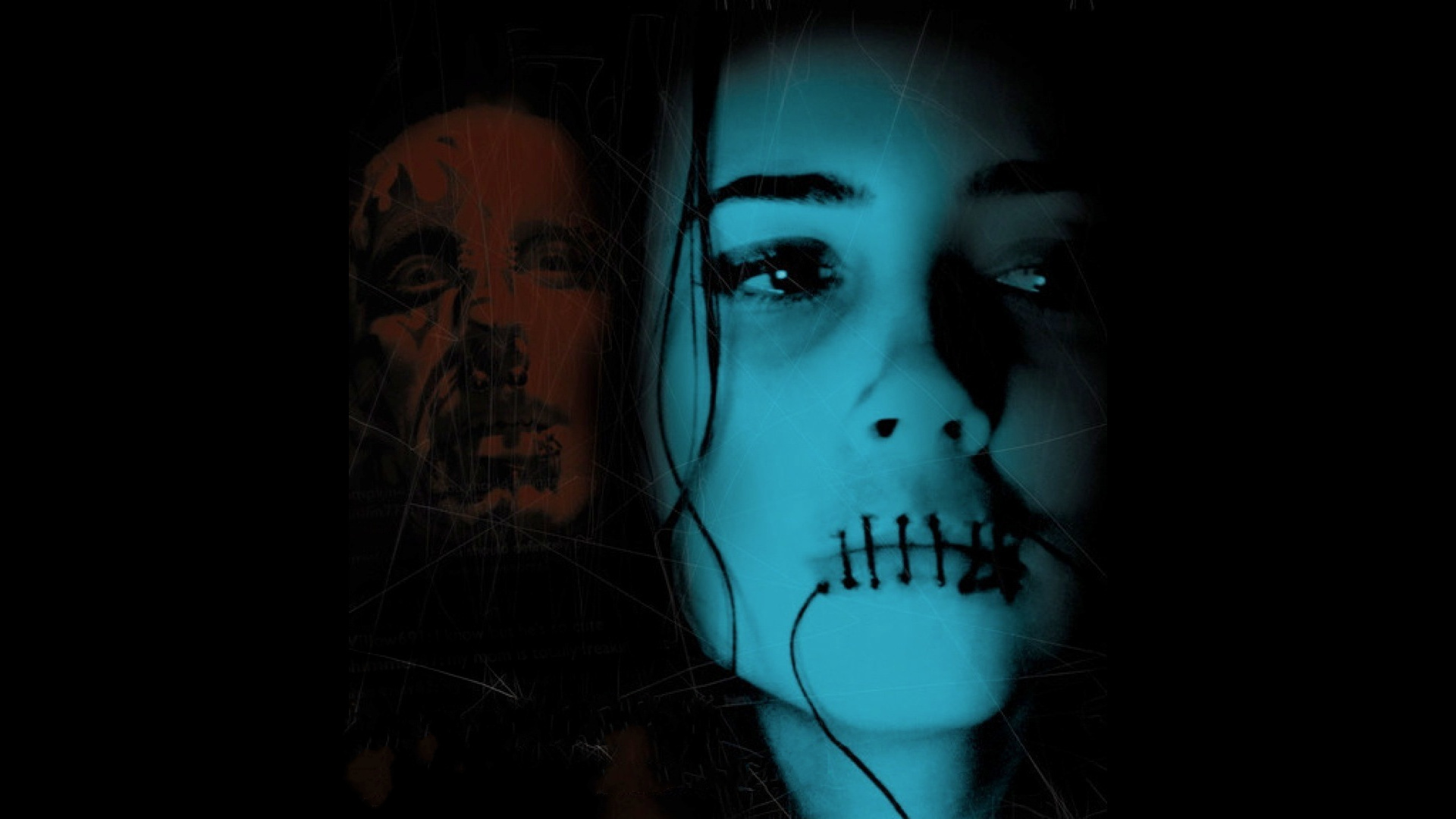 When we choose to circumvent the law, and even moreso circumvent the conventions of right and wrong, we are playing with fire. The townsfolk who lynch the rehabilitated Carleton Hendricks are responsible to some degree for his snap. And, the cop who knew what was going on and didn’t stop it was just as complicit. Like the government who rejected their own morality and ethics in A Clockwork Orange by taking away a man’s very free will and ability to live life in any meaningful way, the officer and the lynchmob are choose to play God; to rewrite the social mores and their very understanding of right and wrong is playing God. We should all know by now that one should never play God because that shit simply doesn’t work.

There isn’t just one clear answer to many of the moral dilemmas presented in these films, but I do know that what was done to Alex in the prison program was wrong and what was done to Carleton after his release was wrong. Through my rambling and not-so-focused look at these two films (at least one of which will return for further exploration in this series – A Clockwork Orange), I can say that I do know that both have left lasting impressions on me. These films have so much more to say and so much more to unpack. For now, here’s the man takeaway: both of these (fictional) men committed heinous acts, but as society we have some of the blood on our hands.

When one who believes in God thus chooses to condemn a man who is trying to change like Carleton or support such corporal punishment as shown to Alex, we spit in the face of the God we claim to love. Full stop.