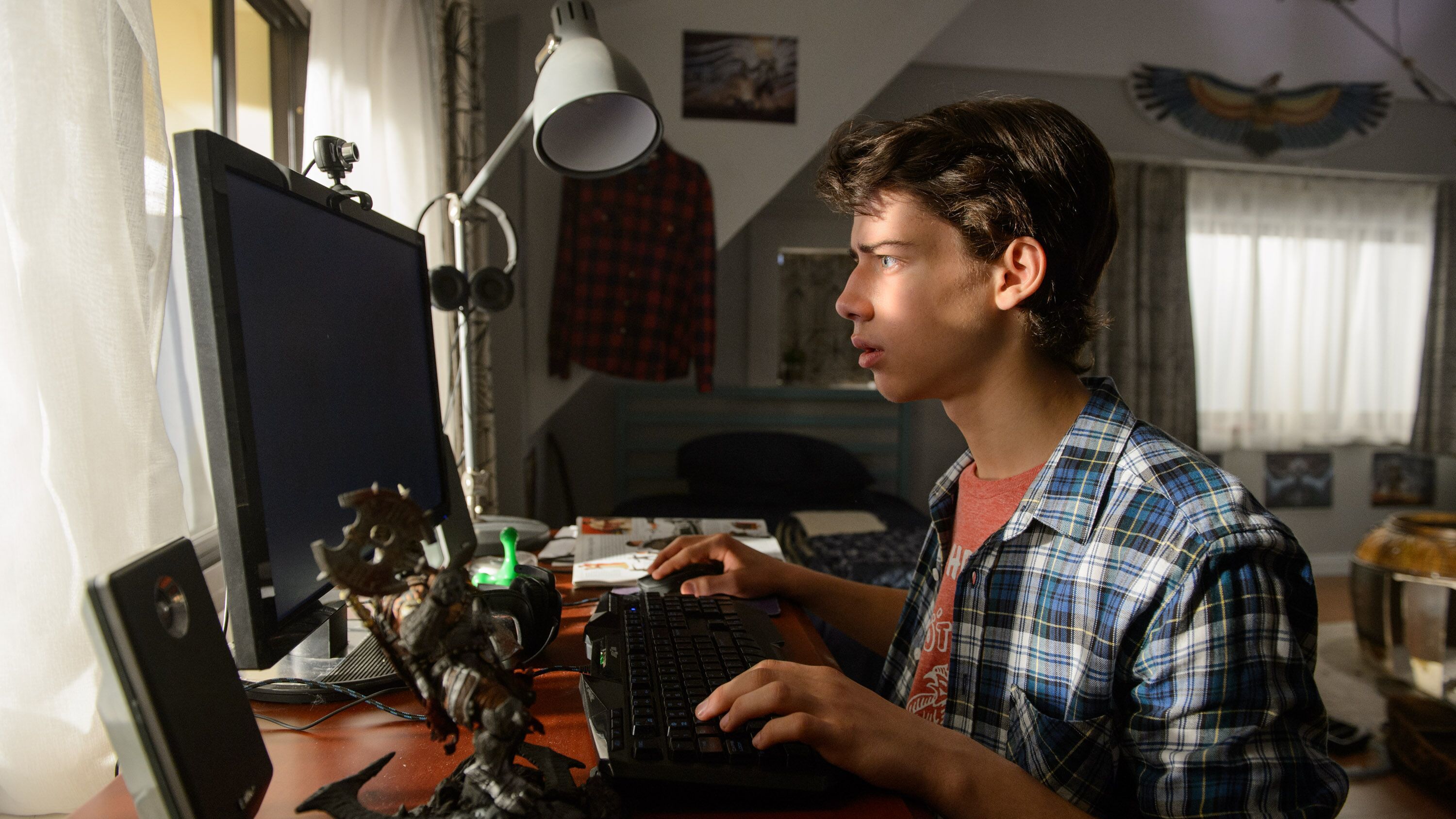 If you are anything like me, you enjoy a good PG-13 fantasy film that you can get away with watching in from of your kids. Films like Scott Pilgrim vs. the World are staples in my film diet, watching alone, with the missus, and/or with the kids. Some parents wouldn’t let their 6 and 8 year olds watch films like these, but I was force feeding them The Goonies, Neverending Story, and The Monster Squad from ages 3 or 4, even if they push the edges of PG and PG-13 scares and language at times (albeit, The Monster Squad‘s use of “fag” is an important place where I pause to explain hatred and unacceptable words to both of my boys). So… why it took me almost two months to watch this film is beyond me, I mean just listen to a few facts about this film:

What else do you need for a film to be a perfect PG-13 popcorn action flick? If you answered, “Nothing!” then you are correct.

The plot is simple, a nerdy high school kid is recruited by a warrior from a video game that he plays regularly. Apparently he’s really great at the video game and the warrior believes him to be the character that he plays as, as opposed to a skinny computer nerd. Once transported into the game, our reluctant hero must learn how to fight and how to defend himself. He falls in love, teaches his new friends how to to dance, makes sarcastic quips, and ultimately must fight the big bad Bautista. The plot elements are all very familiar, so it’s not as if it’s something groundbreaking; however, this isn’t the type of movie that needs groundbreaking elements. Rather than groundbreaking, this film fills its runtime with lots of fun and really that’s it.

There’s not a ton to say about the film, honestly, as it’s pure entertainment. Bautista is bad ass, the fight choreography is strong, and there is a perfect amount of cheese. It’s a pretty great time and a great way to spend a rainy afternoon. You can pick it up on most VOD platforms, Blu-ray, and DVD… just don’t wait two months like I did. If you dig this kind of popcorn-y action, get on it today!