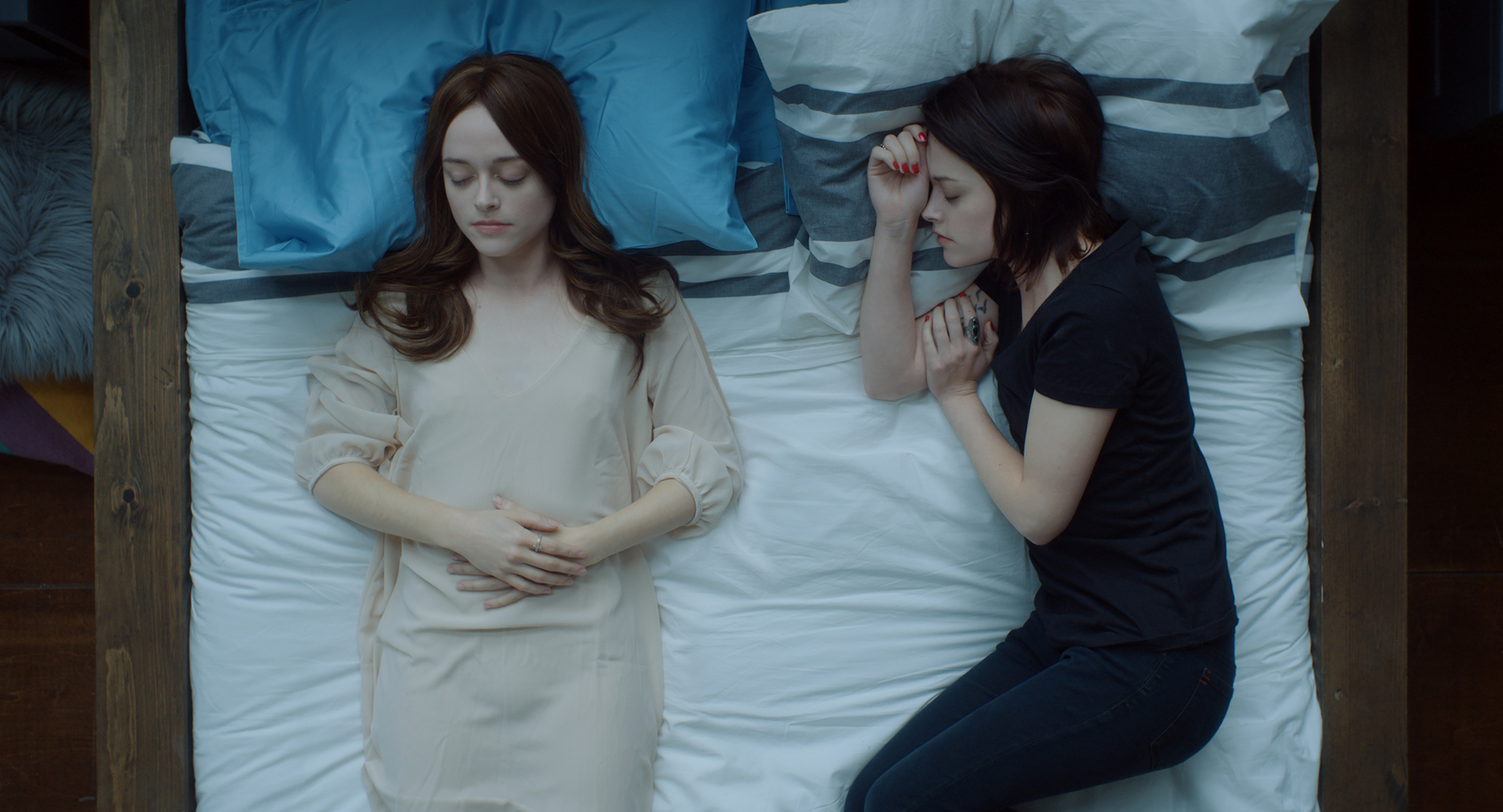 Imitation Girl is the festival’s opening night movie at the festival. It starts at 7:00. Get tickets to the film or a full pass at FilmFreeway!

Imitation Girl sucked me in and I couldn’t look away.

Starring Lauren Ashley Carter (Darling, The Woman, Jug Face), Imitation Girl follows the tale of an extraterrestrial black sludge that crashes down to earth and takes form of the first image it sees. Closest thing to the goo’s landing spot is a magazine with a scantily clad Julianna Fox (Carter) on the front. While the black sludge materializes and adapts to human life, the film jumps to Julianna trying to make it through hers.

Imitation Girl is a slow but melodic meditation on female identity. It vaguely reminded me of Under the Skin but without the brutality. It’s stylistic, has a chilling score, and performances in it that will not disappoint you. Some areas in the film would’ve been nice to see stretched out more, and I was left pondering a few things towards the end, but I enjoyed this. With each passing moment, I keep thinking about it and how I like it more and more.

Writer and director, Natasha Kermani, has a very interesting eye and I cannot wait to see what she has going for the future. Her next film is entitled Shattered and to say that I am excited is an understatement.

Imitation Girl will continue making the festival run right now, but be sure to check it out as soon it is available!