Signal to Noise feels very much like a proof-of-concept short version of a potential splatter feature in the vein of Joe Begos (who director Jarret Blinkhorn has worked with previously and gets a special thanks in the closing credits). Following a radio broadcast from the president, massive numbers of Americans go through a violent transformation, becoming brainwashed zombies as they walk the streets in droves. Hardly subtle political commentary but, aside from shaky voice acting on the radio, slickly made with some effective sound and visual FX work. 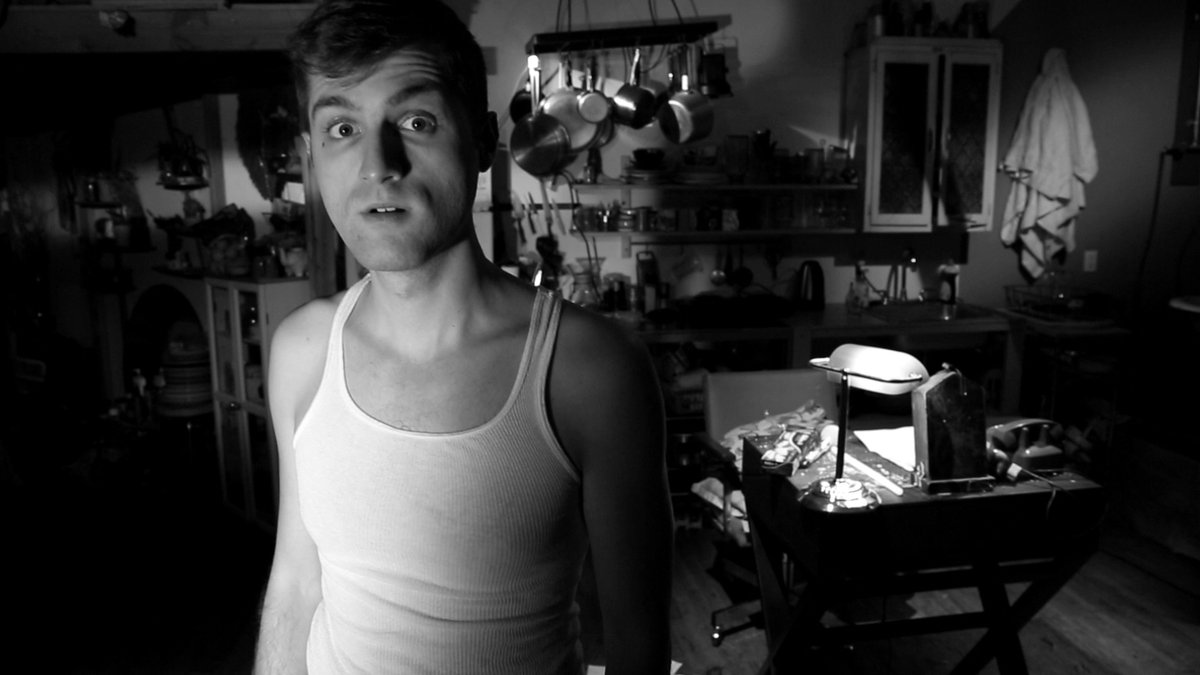 Attractive, though irritating, bit of randomness from director Gonzalo Nosal. A man named Yakitori answers increasingly bizarre letters on a crumb-covered desk, scribbling responses before tossing them into a nearby bathtub. He occasionally addresses the camera with a non-sequitur before either returning to his work, addressing a projected image of a cowboy, drinking milk off the floor or dressing in a morphsuit. Filmed in stark black & white, it’s certainly impressive looking, but its erratic attempts at humor grow tiresome after only a couple of its 13 minutes.

I’ve Got My Mind’s Eye Set on You: and Part of Me Knows What You’re Thinking (2017)
Dir. Samuel Valenti

Despite its achingly pretentious title, I’ve Got My Mind’s Eye Set on You makes for an adept homage to Hitchcock and Polanski, with a little of the surreal industrial tension of Shinya Tsukamoto included for good measure. Visuals are impressively diverse, uniquely capturing the mindset of lead character Katie – intensely played by Hannah Gold – as she suffers various degrees of anxiety, paranoia, and depression. Whether her often violent visions of her partner’s potential infidelity are real, or part of some severe mental illness brought on by her pregnancy, isn’t entirely clear, but director Samuel Valenti shows a real talent for balancing intense visuals with a chaotic editing style. At a brisk 12 minutes, it does a fine job leaving the viewer feeling confused and uneasy, which seems entirely appropriate. 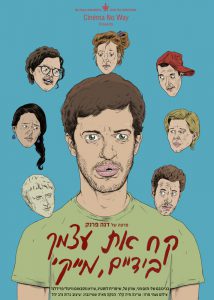 Darkly comic and wonderfully entertaining, Get Yourself Together, Mikey masterfully walks its tonal tightrope with startling confidence. It’s initial moments are appropriately dour, showing the titular Mikey (beautifully bug-eyed Tom Hagi) at a low point after a painful breakup, but he’s soon mistaken for a popular actor by a young film student. Despite his protestations, Mikey finds himself cast in her film but, hampered by guilt and frustrated by his inability to cry on cue, he goes to visit his supposed doppleganger with hilariously disastrous results. Helmed by Israeli filmmaker Danna Frank, the short finds surprising pathos and humor in its subject matter, and has a perfectly unexpected ending. Well worth your time.