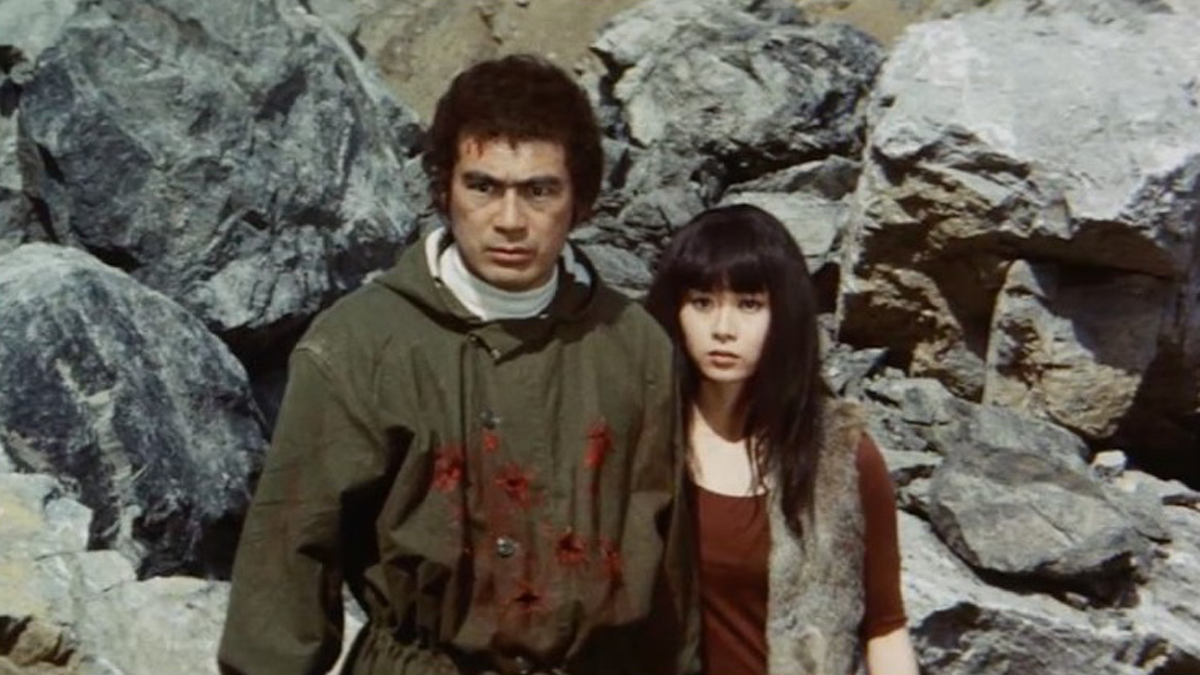 Wolfguy, aka Wolfguy: Enraged Lycanthrope, is a fun outside the box kung-fu horror film noir based on the Manga of the same name and it is one trippy as hell time at the movies. I normally do not watch films like this. I am not the type of guy who watches very many foreign flicks. But I was curious about this one from the premise alone. The legendary Street Fighter himself Sonny Chiba plays a reporter/private eye who also happens to be a werewolf and the last of his kind who is trying to figure out the mystery behind a series of gory murders that are being carried out by some strange supernatural force. Now that is one hell of a plot if you ask me. If anything the film could have been even wilder. But as it is? I still enjoyed it quite a bit.   The direction by Kazuhiko Yamaguchi is stylish and exquisite. For a B-Movie this film sure looks like a grade-A motion picture with it’s slick shots and lighting. The film also features a fun and funky score by Jun Fukamachi and some solid special effects for a low budget. The blood flies fast and furious in this one, and so do the boobs. If that is your kind of thing? There is a lot titillating action in Wolfguy for you to savor.

The cast all do their jobs admirably but this is Sonny Chiba’s show and he sure as hell does make that abundantly clear throughout the films running time. Chiba is in rare form here. Smoldering through the screen and kicking all tons of ass. He is a man of action, not words. He flings words away like garbage just like he does his vegetables. Wolfguy is an ass kicking, throat crushing, quarter throwing werewolf detective. How can you not love this guy?

I did find some faults in the film though. It feels unfocused at times. Especially after an hour or so when it starts to become a completely different film. Which hurts the film’s pacing a bit. I also would have liked to have seen more with the guy who got the werewolf blood transfusion. It was built up as this epic moment and barely nothing at all was done with it. The guy just gets his neck smashed and dies of blood poisoning. Such a let down. As was the climatic showdown between Wolfguy and the main villain of the film. He just casually punches him in the head until he is dead. Not very satisfying at all. And even though there is a good amount of action? I still could have used some more. Especially of the martial arts variety.   But despite the issues I did have with the movie? Wolfguy still packs plenty of bite and if you want to take a walk on the wild side sometime? Give it a watch. It is worth at least one look. 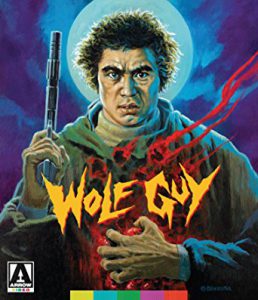 Wolfguy comes to you via Arrow Video and just like every other release they pump out? It is quite the beauty and well worth adding to anyone’s collection. The highlight is the film itself and the re-mastered 35MM print. It is pristine and spectacular. Wolfguy has never looked better. The sound is also phenomenal and makes every punch, kick and wolf howl hit that sweet spot in your eardrums.

The disc also comes with a decent amount of special features. A couple interviews with the director and the producer of the film that are interesting but lack content relating to the film. Which was admittedly a let down. But they were still an interesting watch nonetheless. It helps that they were short too. If they were any longer? It might have gotten tedious.  The best feature on the disc is definitely the Sonny Chiba mini documentary. I can’t wait to see Volume 2. If you are a Chiba fan like I am? This is worth the price of the Blu-ray alone. Overall this is a solid release from Arrow but it is lacking a bit in the special features department. But the glorious transfer of the film and the Sonny Chiba documentary make up for it in the end.