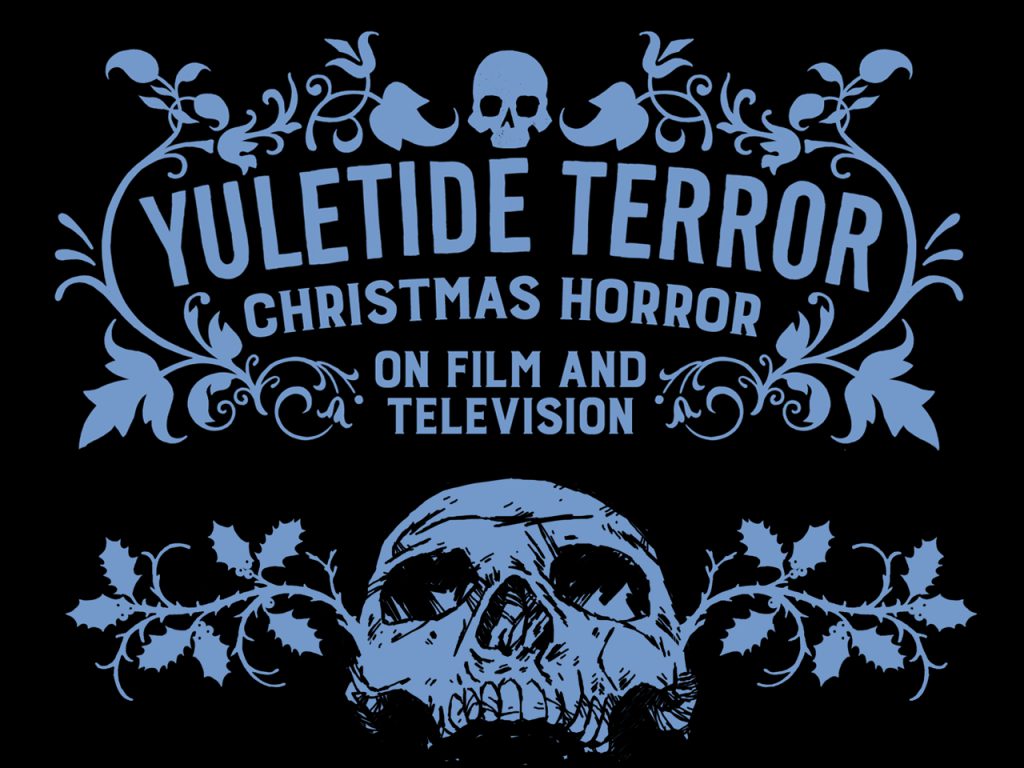 Here at The Farsighted, we have been lucky enough to catch up with a few of the authors for the upcoming Spectacular Optical jawn, Yuletide Terror. We love horror and we love Christmas, so we’re pretty damn excited about this one. We’re calling these interview “The Yuletide Terror Fireside Chats” and today we begin with Amanda Reyes, who I was lucky enough to spend a few minutes talking to myself.

Thanks for taking some time to chat. I’m really stoked on this new book. How’d you get involved?

I was contacted by Spectacular Optical because they felt there was some gaps in the book and my background on television seemed to be a good fit for them. To be honest, while I enjoy anthology television, I knew very little about it, so I had to really dive into my research. Research is my favorite aspect of writing though, learning something new is always exciting, and I enjoy a challenge!

I grew up on One Step Beyond, which was hosted by a noted TV director named John Newland. He would go on to direct one of the most fondly remembered TV movies of all time, Don’t Be Afraid of the Dark! I knew this series way better than its more famous counterpart The Twilight Zone, although I remember little of it now. I didn’t discover Twilight Zone until much later, probably when the 80s version came out (which I loved). Although, even then I was more into the revamped Alfred Hitchcock Presents which was also rebooted in the 1980s. I have every episode of that series. But, to be honest, my favorite anthology show of all was a short lived one titled Darkroom, which was hosted by James Coburn. There’s only six or seven episodes, but I adored it and have since collected them all, and enjoy watching them over and over. Other anthologies I quite like are Tales from the Crypt and the British series Thriller, which was written by Brian Clemens.

For the book, I don’t want to give too much away, but I will say I rediscovered Monsters and Tales from the Darkside and found that I have a new appreciation for them. They were certainly at the very low budgeted end of these kinds of shows, but had a lot of depth to them, despite their flaws. Monsters especially is really impressive because it was certainly cheap looking, but had so much heart an ingenuity that I feel it needs to be reevaluated. I was happy to include some entries on it in the book. That’s part of the joy of writing on a topic you’re not an expert on. I was able to revisit some shows that really deserve second viewings.

Also, some stuff I loved that didn’t make the cut because they just didn’t fit in properly were Alfred Hitchcock’s “Together”, Twilight Zone’s “Night of the Meek” (both versions), and the 1980s Outer Limits entry titled “Conversion”, which was really impressive, ethereal and moving. Unfortunately, these titles didn’t work right with the topics I was ultimately discussing, so I had to leave them out. That’s all just to say, I watched a lot of holiday themed anthology television and loved it! 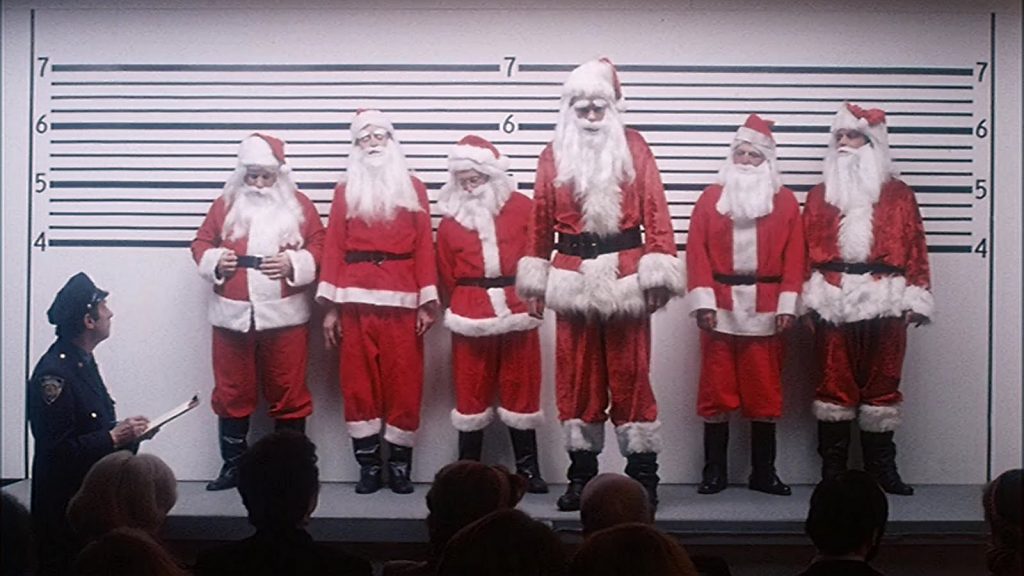 Your other chapter is an interview with the director of Christmas Evil. How’d you end up doing that one?

I met Lewis Jackson via email though a mutual friend of ours. My friend was amused that I was so into horror and that he knew Jackson, who had quite a cult following for Christmas Evil. So, he gave us an intro and I asked if I could interview him for a website, which has since gone offline. Jackson is an interesting guy. He didn’t do much in film afterwards, but you will see when you read the interview that Jackson spent many years making Christmas Evil. He’s a meticulous filmmaker who had a lot of important things he wanted to say so I’m not surprised he’s not more prolific. Over the years the film has really grown into something more well-known, and I’m thrilled about that!

That’s a film I’m going to revisit this upcoming holiday season. What are a few other ones, preferably on the more obscure side, that I shouldn’t miss out on?

Hmmm… well, I like a lot of the more famous titles, but I will say I saw Safe Neighborhood, which has since been retitled You Better Watch Out, when it screened at Monsterfest in 2016. I loved it. Christmas is almost an afterthought in that it’s more of just a background motif, but it works really well into the overall sinister feel of the film, which takes joy in presenting situations that aren’t always what they seem. The comfort of the holiday is perverted quite well! 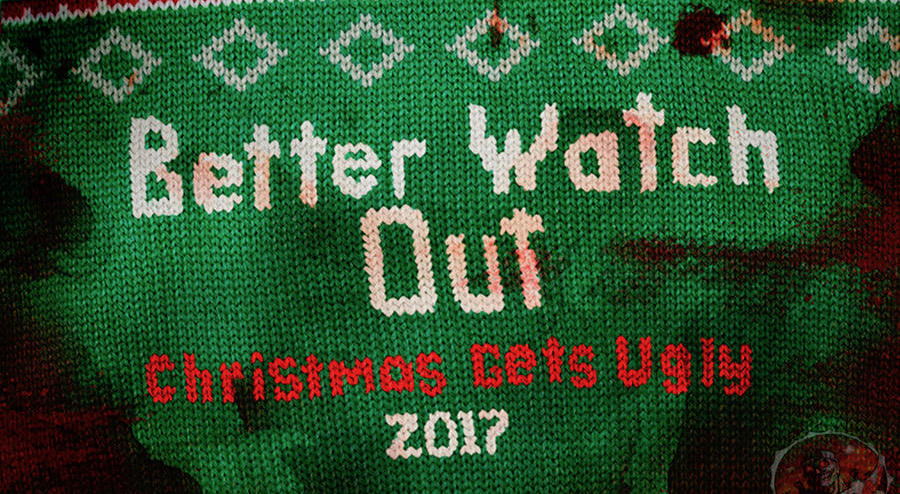 I also wrote some capsule reviews for the book and a movie that I submitted a piece on was a lesser known 1970s TV movie titled A Little Game. Again, the holiday is more of a background thing, but it’s a really wonderful evil kids movie that I think everyone should check out. The cast is tops (Ed Nelson, I love you), and it’s just a lot of fun, and is pretty smart. It would probably make a nice double with Better Watch Out, actually. Also, Home for the Holidays, the 1972 small screen proto-slasher is also a grand time as well. See it if you haven’t!

So, is Christmas horror something you’re particularly into? What are some of you non holiday related horror films?

I do love Christmas set films. Particularly horror because it subverts traditional themes and concepts, turning them much darker. That can be a lot of fun and really interesting when done right. It’s fairly standard, but I love Silent Night, Deadly Night. The more I watch it, the more depth I see (whether intentional or not). As for non-holiday horror, I’m a slasher girl at heart and will watch anything like Friday the 13th or Halloween. In that subgenre, I really love Killer Party, Maniac, Prom Night, Madman, The Slayer, and the list goes on and on.

With regards to small screen horror, I tend to be drawn to ghost stories and hauntings, like This House Possessed, or The House that Wouldn’t Die. I also love the more claustrophobic terrors that can occur in a TVM such as Bad Ronald or Crawlspace. Slow burns are always welcome!

How about other holidays? I was particularly taken aback by the Easter segment in Holidays last year. I’m pretty affected on religious horror, myself.

I’m not very well versed in any religion, and while I do like some religious horror, I don’t always think it has the same impact. In terms of holidays and horror, I love a lot of the films set around important dates, such as My Bloody Valentine and even New Year’s Evil, but there’s not a holiday that stands out like Christmas in terms of effective horror output.

I will say though, there was a religious based syndicated anthology series here in the States that ran from 1960-1985 titled Insight, and they had a really weird Easter episode titled “Resurrection”. Joanna Cassidy played Satan, and she was trying to seduce Jesus, played by Richard Beymer of Twin Peaks, over to the dark side. Jesus is, like, this guitar playing hippie and James Farentino is in there somewhere. It’s so odd. Insight had very traditional entries and then some really oddball things like that. Very eerie in its presentation, but not quite horror. Still, worth a look.

On that note, the intersections of faith and art are of particular interest to me. It seems to me that holiday horror, like the book revolves around, provides for a pretty fertile soils from which some interesting religious horror to grow. Are there any films highlighted in the book that have specifically religious or spiritual themes?

I haven’t had the good fortune to look at the other chapters, so I’m not sure. I will say I did write a little bit about the Night Gallery episode “The Messiah of Mott Street” for the capsule review section, which I think really hits on this idea so beautifully. I’m sure there’s other things in the book as well.

Thanks again for taking the time to chat. When and where can folks grab this new book?

I’m not sure of the actual release date, but it’s a comin’! And anyone can preorder the book through the publisher, Spectacular Optical. There’s a good chapter list in there to give people an idea of what to expect… mostly awesomeness. Expect awesomeness.

And, before we go, where can folks find more about you, your work, and future projects?

Well, I guess a good place to start would be my blog, which is at www.madefortvmayhem.com, and on twitter @madefortvmayhem. If I have any news, those are the places I’ll hit first. I also have a podcast called The Made for TV Mayhem Show which is on iTunes, or you can visit its very rudimentary site at www.tvmayhempodcast.wordpress.com. And thank you for this interview. It was fun!