David, a conjoined twin forces his brother Kaine to undergo separation surgery that fails resulting in Kaine’s death. Kaine in turn haunts David reminding him of their time in the limelight. David goes to the morgue to reunite with Kaine to put to rest his guilty feelings. (KF)

Rigor Mortis is a smart, surreal, short horror film. David, played with a perfect combination of comic and serious acting chops, by Mark Elias, wakes up in the hospital after having surgery to separate him from his conjoined twin, Kane (also played by Mark Elias) only to find out his twin died during the procedure. David feels guilty because he pushed Kane into having the surgery.

Between visits from medical staff, David’s deceased twin appears to him and David begins to feel rigor mortis in his limbs. Kane tells David that the rigor mortis will continue to get worse until he looks at his (Kane’s) dead corpse and admits his guilt. (DB)

This short plays like a surreal exercise in atoning the feelings of guilt one has when they force someone else into a situation where the end result is disaster or death. The idea of using a ghost as a manifestation of guilt has been done in horror films of the past with varying results but in the case of this story, it’s wonderfully done. (KF) 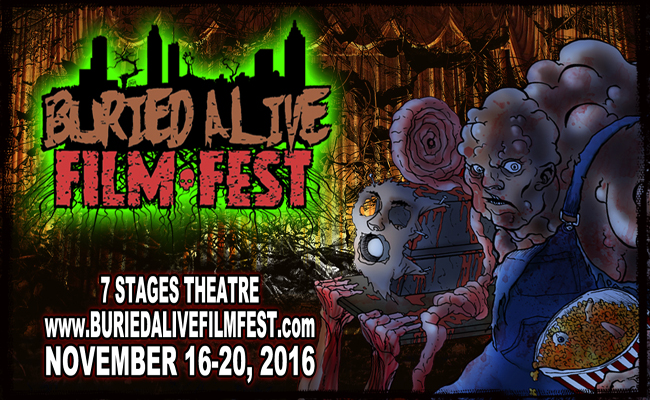 This short film dabbles with the body horror genre as the rigor mortis progresses in David, though the film doesn’t go too far with the gore. Rigor Mortis has the humor and the kind of ending that reminds me of a Tales from the Crypt episode.

The cinematography, directing, and acting are all quite good, but there is something annoying about the sound. There seemed to be constant background noise buzzing underneath the dialogue. Based on the black humor used in this film, the hint of body horror, and the themes of life and death, Robinson would be a great director to bring back the Reanimator franchise. (DB)