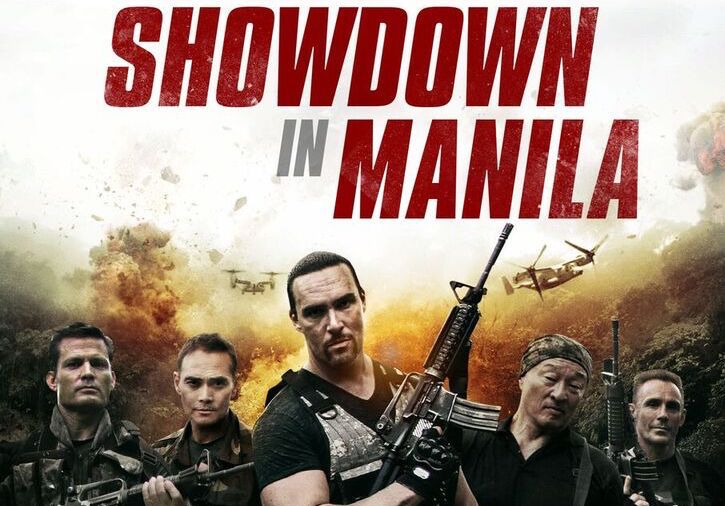 Alexander Nevsky’s latest working class action revival film, Showdown in Manila, harkens back to the heyday of Canon Films. Employing some of the greats from that era, Nevsky and his crew really embrace that same flavor of action film. We got to talk to a few of the film’s stars, here’s the first: our chat with the great Matthias Hues.

Matthias, this is your second film in a row with Alexander Nevsky. Have you guys known each other long or worked together before?

Hi Justin, and first off a shout out to you and to The Farsighted. What a pleasure it is for me to talk to you!

I know Alexander on a personally level and more closely since a few years back, but we met first in 98 at the Arnolds Classic – where he showed up and we took pictures together. I signed a picture for him, or better sold one to him – you know the autographed kind. I never charged him for it, but rather wanted him to have it for free as I saw in him a future action guy, like one of us!

I knew he would be someone one day… and he never forgot it. Then we saw each other again in LA about 15 years later and hit it off as friends.

You’ve done a ton of films, where may some of our readers know you from?

Maybe mostly from a movie called I Come in Peace – also known as Dark Angel in Europe and Australia. My costar was Dolph Lundgren. Also maybe Kickboxer 2 or No Retreat No Surrender 2 – where I replaced JCVD and played the Russian bad guy Yuri.

You’ve worked with some pretty big names. Besides the stars of this film, you’ve done films with Dolph Lundgren, Sasha Mitchell, William Shattner, Leonard Nimoy, Billy Blanks, James Hong, and Paul Ruebens. Do any jump out to you are specifically great experiences? And, have you ever felt star struck on a film?

Well yes, of course, meeting stars for the first time is huge. I think we all go through that and feel intimidated and honored and all of that stuff.
I loved every minute of it. Dolph was a huge star when I first met him, way before we worked together. He was like a superhuman when I first saw him: huge, buff, extremely good looking and ultra cool. He had bodyguards, a huge cigar in his mouth, and fans surrounding him. Yes, it was impressive. I remember being one of the fans approaching him – like kind of naive – and I asked him if I could play in He-Man with him and he was baffled to say the least, for me even asking this question. He said well maybe I could be his stand in, but on second thought I was not tall enough or big enough. He kind of stabbed me hard, but I deserved it. Years later, we filmed Dark Angel and he wanted to take off his shirt fighting me and the director said that if someone would take off his shirt it would be me because I at least had muscles. He kind of got stabbed right back, not by me mind you. I am still a huge fan.

It really means that we all – sooner or later – meet someone who is either bigger, more famous or something ahead of the game then yourself. I love it, keeps us all sharp.

I also remember sitting there with Benicio del Toro, Kris Kristofferson, Paul Rubens, and Valeria Golino… we were having out in Paul’s trailer and I said, “So great to be with you guys on this film and I see you on the next one!” They all looked at me and I could see them thinking, “What do you mean, who are you again?” It was my second film and I was just a little actor at that time – so was Benicio, it was his first movie. But, I already knew I would not go away, haha. 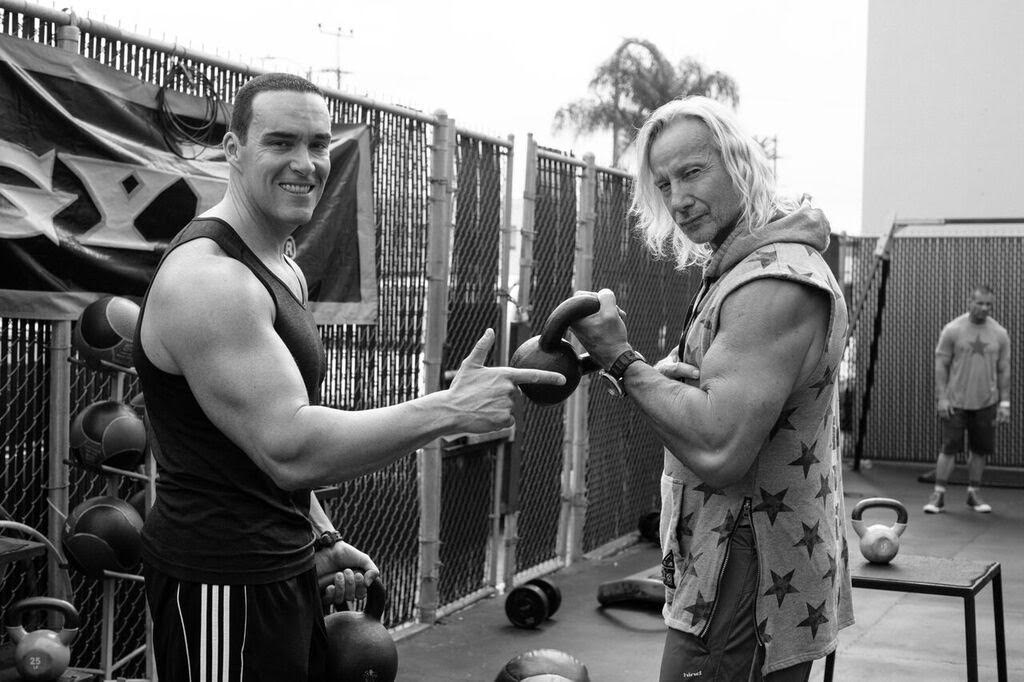 On this film, do you have any special stories or things about the making of this film that really stand out to you?

It was a great experience to work with Mark Dacascos. It was his first time directing and he did a hell of a great job. I got to know him well over the years, and we love working together. I was happy we had this great cast like Tia Carrera, Olivier, Cynthia, Don “The Dragon” Wilson, and – of course – Alexander, the huge monster man from Russia. Oh, and let’s not forget legendary Casper Van Dien from Starship Troopers.

Don’t worry, I’d never forget about Johnny Rico. What doe you have coming up after this? Any new projects folks should keep their eyes out for?

Well believe it or not I have another film coming out with Alexander and it will be a blast, again great cast, Danny Trejo, Kelly Hu, Tom Arnold… my buddy Mark Dacascos and I team up together as bad guys. It is a fun adventure written by Rush Hour writer Ross La Manna. Alexander plays a really cool role of the detective teaming up with Kelly Hu. You will love it!

Also, in planning stages for a film called Double the Pain. I play a movie star who is a fake – a brute and an asshole. This is not at all what he, the character, portrays in his movies. In this film, the crew gets taken hostage by terrorists and the movie star is suddenly faced with his own short comings of not really being the action star he portrays in his films. He needs to overcome some nasty hurdles in order to save his crew and finally live up to his previously fake persona. It’s kind of a take on some movie stars who we often hear are not-so-cool in real life.

As we wrap, where can people find you and keep up with the things you have going on?

First of all, thank you for interviewing me and I am always happy to talk to you.. so ask me anytime, I love to share more of my journey with you and your read. I hope to keep entertaining you with fun films, too. Check out my Instagram and my IMDB page.