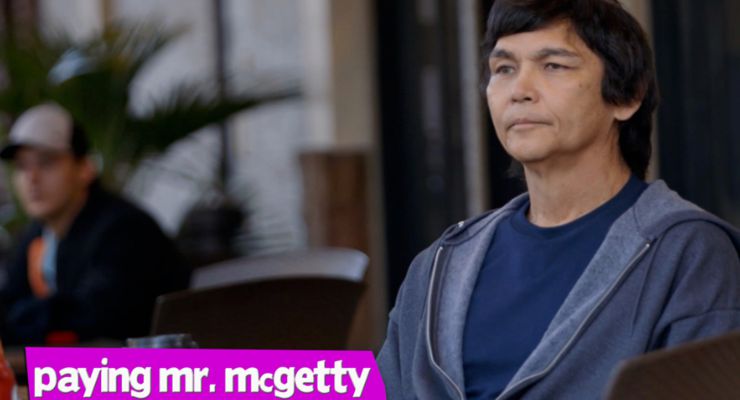 The second film produced and directed by Michael Baumgarten and starring kickboxing legend, Don “The Dragon” Wilson that I’ve experienced in the past few months (family friendly action film The Martial Arts Kid being the other), Paying Mr. McGetty is a mixed bag that is hard to pigeon hole in any way. In some ways, it feels like one of the more well done cable network TV movies; think of it as one of the lighter, more fun Lifetime films, but heavily peppered with well choreographed fight sequences. Yet, in other ways, it transcends such a definition and feels like something different altogether with touches of organized crime films, mistaken identity action comedies (like The Big Lebowski or Lucky Number Slevin), and, of course, some 80s and 90s martial arts flicks thrown in. What genre or style to place this movie into is not an easily made decision. However, two things are for certain: it’s not necessarily a big budget, must be seen on a big screen type of film, but it is one worth checking out in some fashion; and, it’s not a boring piece of made for TV or direct to video trash.

The leads of the film are R. Marcos Taylor (Suge Knight in Straight Outta Compton, stuntman for Netflix’s Luke Cage) as Tyrrell and The Dragon as Shota Kabu. Tyrrell’s story is the driving force in the film; in fact, he is the one is literally “paying Mr. McGetty”, as he owes a good deal of back rent to McGetty, his landlord. However, we also spend a good deal of time with Shota, an assassin we meet on a job early in the film, who is then hired to kill Tyrrell because he is believed to have slept with a mob boss’s daughter. Shota is known as an unstoppable hitman, the best of the best. So, it’s not surprising that he finds Tyrrell very quickly. 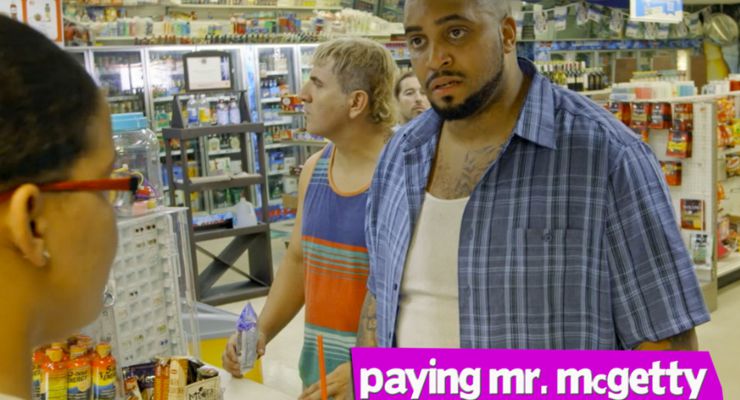 However, it becomes obvious to Shota that something about this job is off. Shota, unlike most of his hitman brethren, is a man of principle, a man unwilling to kill the innocent. This brings about a new narrative where Tyrrell and Shota find themselves on the same side of a battle with a large group of mob hired killers and fighters. All the while, the driving narrative of Tyrrell’s girlfriend being angry he’s not home and concerned about getting evicted continues to play out in the background.

The film, (as mentioned before) quite hard to pinpoint in a specific genre, may best be described as a romantic action comedy. It’s got entirely it’s own style, grounded primarily is a realistic yet quirky world. It does, however, veer into the mystical kung fu world during one of Tyrrell’s dreams, where he meets up with his karate master and receives a gift that appears to be much like “the glow” that Bruce Leroy obtains in The Last Dragon (extra points for this nod to one of my absolute favorite films in both the martial arts and blaxploitation genres, even if unintentional). This element of the mystical does lend to making it something unique, even as it primarily serves as motivation for Tyrrell to stop running and fight.

The highlights of the film for this martial arts film fan are the scenes where The Dragon, as Shota, smoothly transitions right from a nonchalance into kicking major ass, before seemlessly easing right back into the chill demeanor in which he began. His character is a ton of fun. He is completely cool and composed, wearing a hoodie and jeans, strolling around in a way that shows him to be alert, yet never on edge. He’s a perfect assassin in almost every way, but has a conscience, which is a rarity in his field (at least as far as film hitmen go, I don’t know too many in real life). So, despite his chosen career, the film is very sympathetic towards the character, in large part because it’s hard not to like Wilson, he has a certain way about him that makes you root for him. The Dragon is a guy that you definitely want on your side! 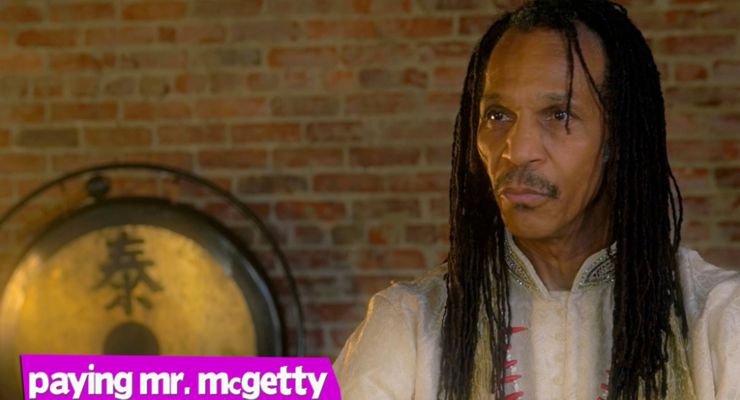 As with The Martial Arts Kid (which I reviewed over at Cinapse last month), the film features some other martial arts living legends thrown in for good measure. Tyrrell’s master, credited as “The Master”, is played by black kung fu master Tayari Casel, who have a wonderful master-like presence. Cynthia Rothrock, the inspiration for Mortal Kombat‘s Sonya Blade, makes a brief cameo. Respected stuntman and martial artist, Demetrius Angelo, plays a small role in the film, as well.

The long and the short of it is that, just like the previous Michael Baumgarten/Don “The Dragon” Wilson collaboration, this is a film that is a ton of fun and does some interesting things with limited resources. The Dragon and Baumgarten are a team to be reckoned with. I will most certainly be checking out future projects that both or either of these two are involved with and you should too. However, don’t wait. Start now by checking out The Martial Arts Kid on Amazon, then supporting this when it drops in early 2017.

PS. Don’t get worried, at the end of the day Mr. McGetty does get paid.