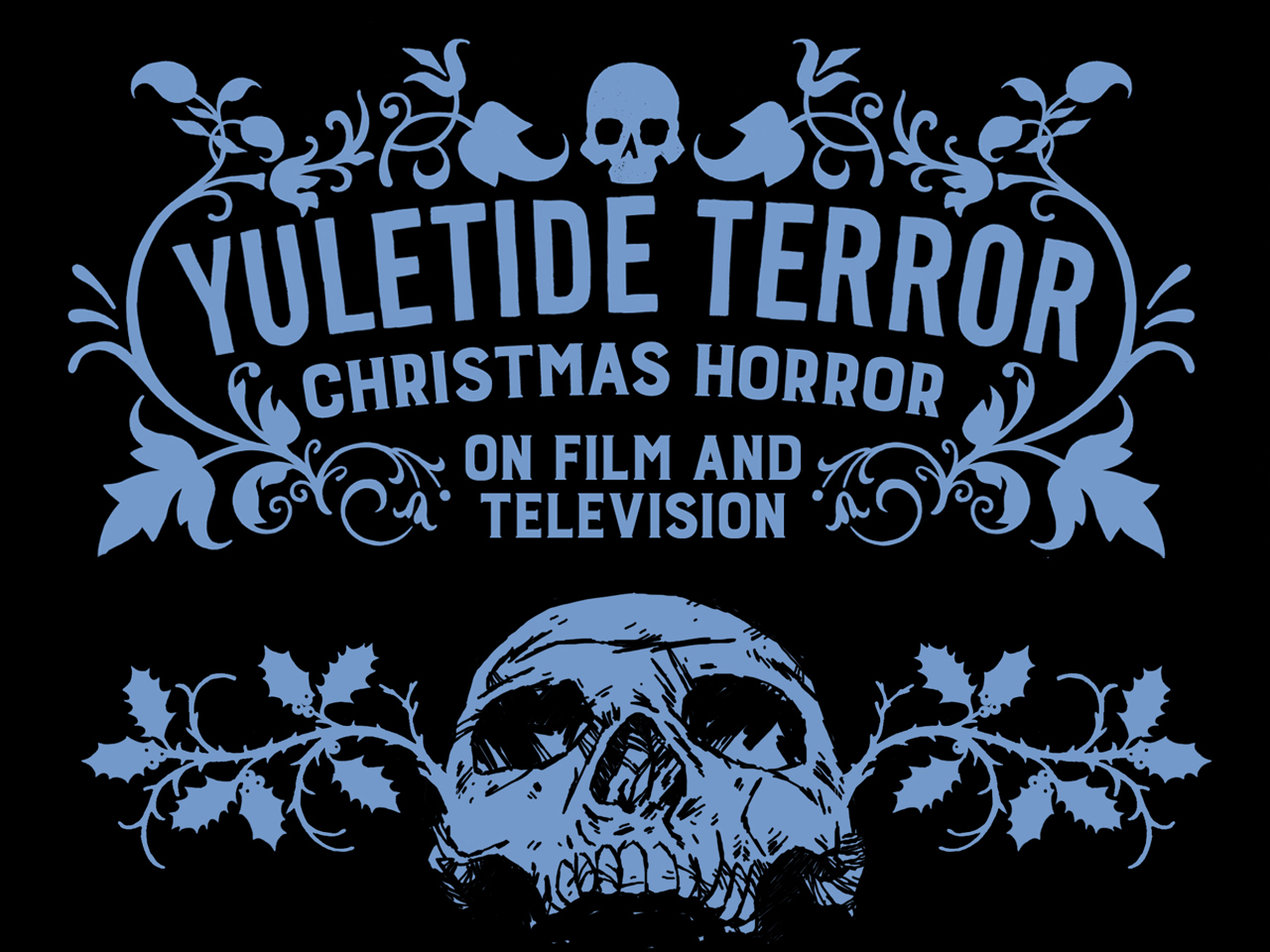 Fans of academic approaches to genre film – like me – and people who are stuck home from work for the day because of snow – like me – should spend their day reading and thinking about this fantastic book from Spectacular Optical. While Christmas is a few months in the rear view, the snowy week in the Northeastern part of the US (where I live) makes it feel totally appropriate to be spending time with this book on holiday horror TV, movies, folklore.

Just before the book released, we were lucky enough to discuss the book with writers Amanda Reyes and Derek Johnston, as well are writer/editor Paul Corupe. All three contributed great chapters to the book, while Paul worked with Spectacular Optical’s boss lady Kier-la Janisse to edit this great compilation of essays. And, joining these great writers, several others contribute amazing work to the book, as well.

For me, the most enjoyable chapter of the book came towards the end of the essay section of the book: David Bertrand’s “Apocalypse Sinterklaas: Santa Claus’ Horror Roots in European Folklore”. A section of the chapter called “Old World Ghouls of Yule” was completely eye opening for me, as I wasn’t aware of many of creepy holiday creatures and stories from some of the “old world” nations. In fact, after reading this chapter, I went on to dive deeper into several of the old world interpretations of darker Santa-like myths (in fact, I’m even feeling compelled to write treatments and stories about a few of them… but I’ll keep them to myself for fear of you all stealing my ideas).

There wasn’t a single chapter that wasn’t a great read, though. Kier-la’s chapter on the BBC Ghost Story for Christmas tradition is stellar. Alexandra West’s chapter on the film P2 is fantastic. Caelum Vatnsdal’s chapter on experimental holiday horror is really interesting. I could go on and on.

The book ends with a compendium on brief reviews of a ton of Christmas horror films. When you look at this comprehensive list of films, you’ll inevitably see some of your faves and a ton of ones that you’ve never seen. You may even see a good amount of films you’ve never heard of. This list is worth the book price alone, but it’s essentially only an added bonus to the already incredible collection of holiday horror essays.

In summary, this is a really great read and many of the essays are ones you’ll reread over and over. In fact, on this snowy day, I am reading “Apocalypse Sinterklaas” for the 4th time and will read a few others for the 2nd or 3rd time, as well. Great book for Christmastime… or whenever you want some thoughtful discussion of horror in your life.

4 Replies to “Snowed In Scholarship: Conjuring and Conjecturing with Spectacular Optical’s YULETIDE TERROR”