If that was your assumption, you are entirely wrong. I will get into why, but let me first give you a brief rundown on what Bat Pussy is about. 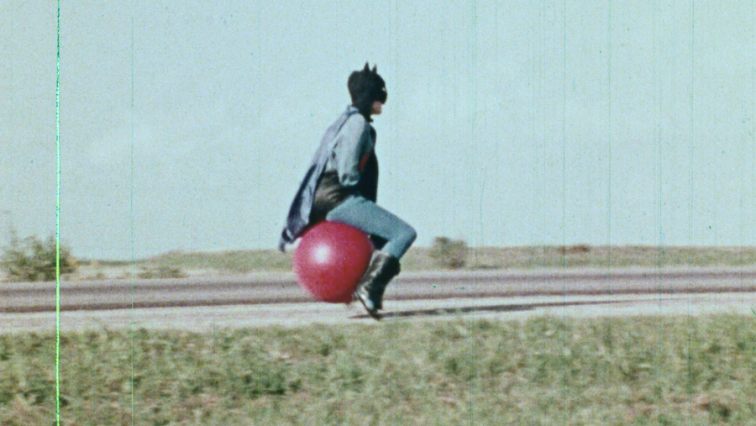 Somewhere in a rural version of Gotham City, two middle aged people are having the most boring and verbose sex in the history of film. These two people roll around in bed, trying to copulate while hurling strange insults at one another. After we meet our main characters, we are then introduced to the titular Bat Pussy. She is hanging out in some abandoned warehouse (I guess its the bat cave?) and starts to sense that someone is about to “shoot a fuck movie” in her “holy Gotham City” without her. She then rides her “Star Hopper” out to find where this dirty flick is getting made. She hops along and only stops to pee behind some bushes, then stop a mugging in this very sparsely populated city. Bat Pussy finally finds the couple and immediately jumps into bed with them and then, you know…

I briefly mentioned this before, but I cannot explain how un-erotic this skin flick is! The couple in bed spend most of their time rubbing their flabby bodies against each other and shouting “fuck you” back and forth. What is great about this film is how strange and funny it is. Its the kind of film that you cant help but scratch your head and ask “how did this get made”? While Bat Pussy isn’t sexy or well made, this is the movie that all film lovers should see at least once. Bat Pussy is currently available on Blu-ray, but not on Amazon… because its a porno.