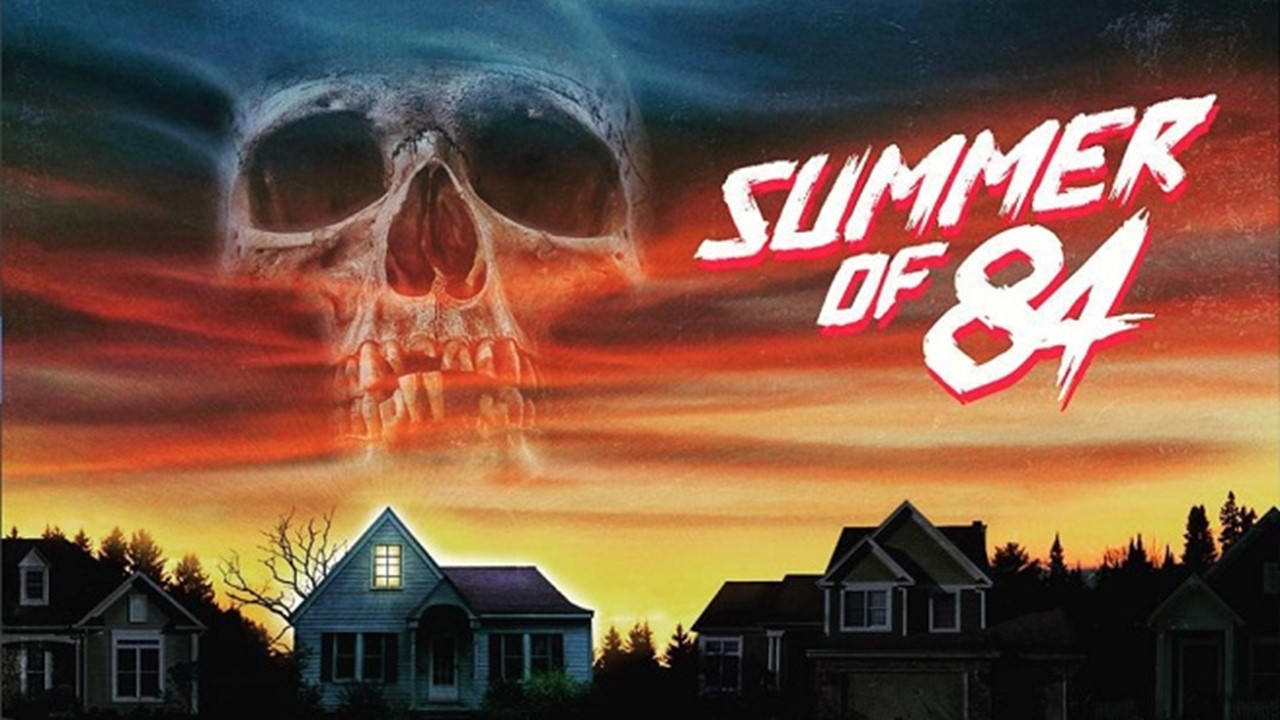 The 2018 Sundance Film Festival was not filled with its festival stunners this year as there were the past 2 years I have attended. Buzz was going around that the programming for 2018 was lackluster and did not contain anything really worthwhile. Checking my ticket stubs, I had to agree with this sentiment. When I was given the opportunity to watch and review Summer of 84 for the Chattanooga Film Festival, I jumped on it because I wanted to see if that lackluster feeling still held on a few months after Sundance.

Summer of 84 is an attempt by Francois Simard, Anouk Whissell, and Yoann-Karl Whissell. It tells a tale of a group of neighborhood school friends whose lives are shaken when fellow classmates in their town continue to disappear.

The first thing that comes to mind while watching Summer of 84 is nostalgia. Films these days thrive on taking us back to the times when we were young, or try to emulate an 80s culture. Most recently, the largest program to make this tactic a widespread phenomenon has been Stranger Things. This movie feels like Stranger Things, sans the supernatural storyline, and add in all the things Disturbia (2007) tried to cop from Rear Window (1954). Nostalgia for the sake of a movie continues to be replicated to the point where it now is cookie cutter. The audience has seen this before and it is nothing new, hell half the audience probably lived through those times. There are only so many movies that we can watch where the young boy wants to be a director and idolizes Spielberg. Time to retire that idealization and move on to something new.

The good things about Summer of 84 is that it starts its story immediately. There is no floating around other topics before getting to disappearances and suave detective skills. Unfortunately, what is completely wrong with this is that nothing is left up to surprise. It is predictable from beginning to end. It is like everything is handed to you on a silver platter and you can figure out how it is all going to tie up. Not only are all the facts presented to the audience, but they are given with proof to the parents of one of the boys and they dismiss the evidence provided (cue “Parents Just Don’t Understand” by DJ Jazzy Jeff & The Fresh Prince). They are blinded by their work careers and adulthood too much to give their son the benefit of the doubt.

A weak script slowly but surely pulls you through the movie. At times it is exciting, and other times it is cringeworthy – like when the ‘r’ word is used. We are still using that word to describe things and/or people? The weakness in the script matches the weakness in the story itself. Summer of 84 may have immediately jumped into what the plot was about, but that does not mean that it kept a solid pace throughout. The third act picked up at a much harsher tone than the prior two acts. That act is what I wanted the whole time. Suspense, thrill, horror, and a bit of gore comprised the last third of the movie. This was one of the redeeming factors.

Besides the last act being more raucous than the rest of the movie, what Summer of 84 does best is show the bond in a friendship. Four boys will stick together to help each other out no matter what. They each have different personalities and seem like they would fit in a different group in school, but they stick it out as a whole. As a viewer, you hope that these boys continue to be friends for many years to come, even though their lives will forever be changed due to this Hardy Boys adventure with grim incidents.

There are many aspects of Summer of 84 that will click with a mass amount of individuals, and I can appreciate what the directors were trying to go for. People cling to nostalgia. Unfortunately, just because nostalgia is present does not mean that it will hold up. For this viewer, it missed the mark. It did not provide anything new to the genre that is needed these days.

“The suburbs are where the crazy shit happens” was one of the lines that stuck out the most to me, but when a movie does not capitalize on the crazy, you are left with every other cookie cutter 80’s homage horror movie out there.