The 13th annual Buried Alive Film Festival is taking submissions now. We want your goriest, weirdest, most fun, most bizarre, darkest, and wildest indie horror and genre films. If you think your film is too gross or too scary or just too weird, we’re the festival for you! Hell, you may even win a coveted Splitizie award, like Finnish artist and filmmaker Tomi Malkki did in 2014 with Fists of Fire (he also drew our awesome new poster). 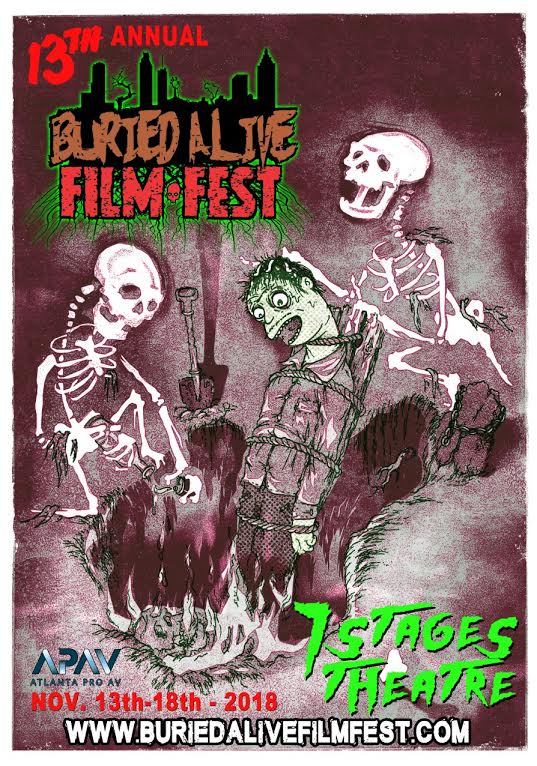 Atlanta’s premiere genre film festival will be held November 13th through 18th at the 7 Stages Theatre. The festival will include its signature mix of fun events and great films.

All submissions are being taken via Film Freeway and will be open through May 31st. Late submissions will be accepted through September 16th. All dates and pricing are available at the Film Freeway. Submit your feature films and short films now.

In case you missed the links above, you can head to https://filmfreeway.com/BuriedAliveFIlmFestival for all info on submissions!

In other words, SEND US YOUR WEIRD, FUCKED UP, AND CREEPY SHIT so we can share it with the great genre fans that come to BAFF each year from all over.

In addition to films, the festival is also accepting sponsors. For information on sponsorship, interested parties can contact the festival’s founder, Blake Myers.