I’ll be the first to admit that I’ve never been a Jeremy Gardner fan, per se. I don’t hate the guy, but I was extremely disappointed when I saw The Battery and Tex Montana felt nearly unwatchable. He was pretty strong in several supporting roles, but I wasn’t ever convinced that he could carry a film.

Thus, it was a pleasant surprise that a film featuring Mr. Gardner in one of the lead roles could be as bizarrely enjoyable as Sadistic Intentions was for me. Gardner is joined by Michael Patrick Nicholson and Taylor Zaudtke as the primary players in this gory single location thriller. Each of the 3 goes by their real first name: Jeremy, Michael, and Taylor. Jeremy and Michael have a metal band together, while Taylor is a long time customer of Michael, who is also a drug dealer. Prior to the event of this film, Jeremy and Taylor had never met before… but, this – of course – changes a great deal. The only other credited actor in the film is Larry Fessenden, whose role is somewhat meaningful, albeit very small. He’s called “homeowner” on the film’s IMDB, so let’s suffice it to say he’s the head of his household (an inside joke only those who have seen the film will understand, but my inner dad wouldn’t allow me to let the opportunity for a good dad jokes to go by unused or underutilized). 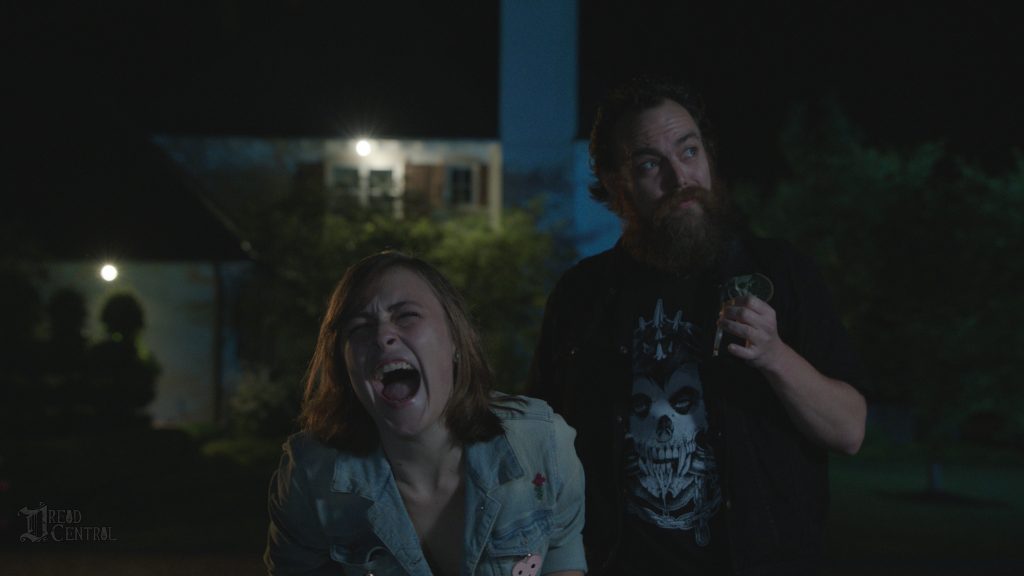 Here’s the brief synopsis of the film given by the director:

A psychotic musician lures a fellow band-mate and an unsuspecting woman to a remote mansion for a night of romantic deceit and grinding metal mayhem.

In other words, the set up leads the trio to meet at a mansion where bloody insanity and heavy metal will reign supreme. And, the audience is simply along for the ride… and a wild ride it is. Once the mayhem takes hold, psychopathy is the real name of the game. In the end, things may end up going a bit further than anyone ever intended.

All 3 of the main players here are strong in their roles. Each is convincingly real, whether being a bit more grounded or outright batshit crazy. The story occasionally felt a bit undercooked and underdeveloped, but it is ultimately well told and not too difficult to follow. The single location works well and the camera work looks good. All in all, this is a good independent picture and the kind of indie horror that leaves an impression. 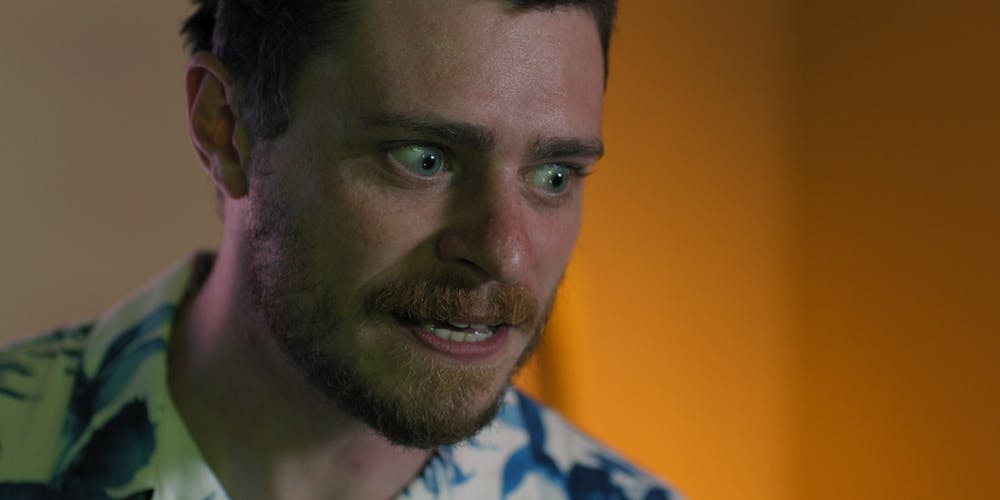 Stay tuned while this continues its festival tour and make sure to catch it near you. This is a weird and different little gore soaked thriller that uses its horror tropes and metallic riffs to tell a different kind of heavy metal horror story.