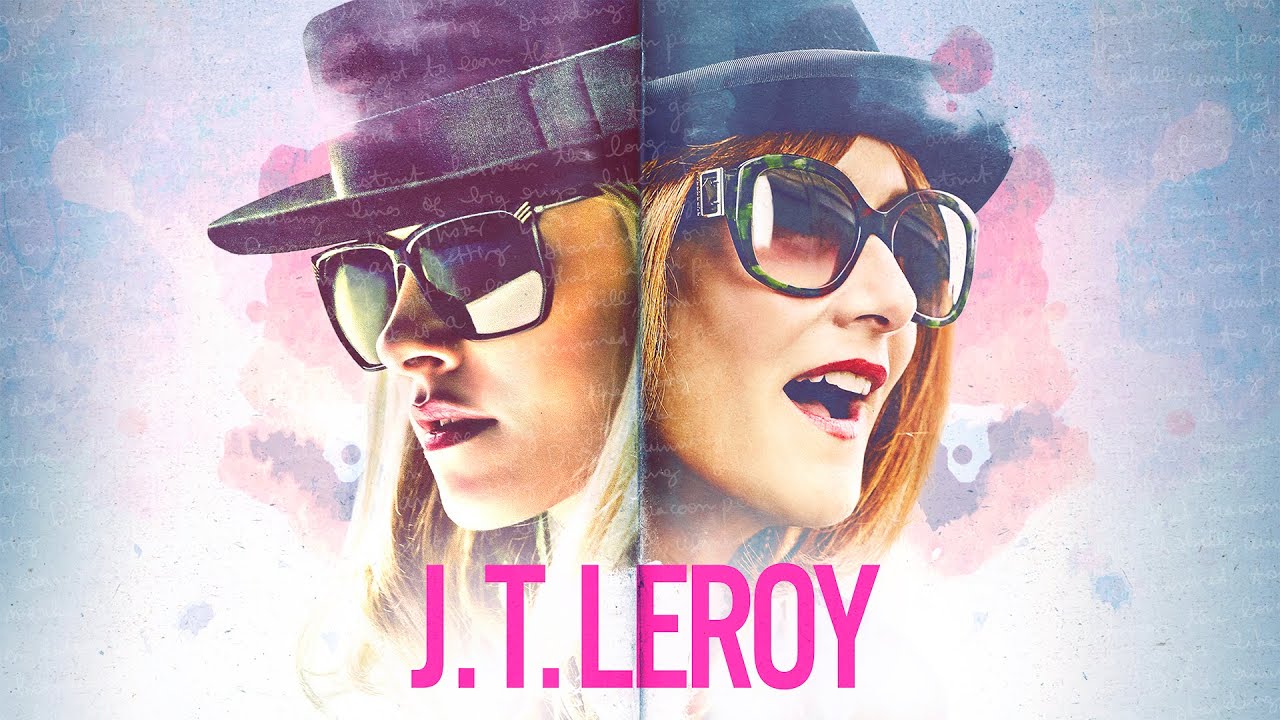 Justin Kelly’s new film J.T. LeRoy had stellar names attached to it, that when I read them I said “I need this in my life”. Laura Dern, Kristen Stewart, and Jim Sturgess. How could you not be excited for this lineup? Wait, what is that you say? Diane Krueger and Courtney Love too? Oh yeah, sign me up! With a female led cast like this, how could I say no?

Going into this my excitement level was fairly high, mainly for my knowledge of the cast. Truthfully, I was not aware of who J.T. LeRoy even was, so I skimmed the synopsis on IMDb prior to watching. There wasn’t much, but just enough for someone who didn’t know about the actual person to get the gist. What unravels is a tale of a wild literary hoax.

J.T. LeRoy is about the persona Jeremiah “Terminator” LeRoy which was created by writer Laura Albert (Laura Dern). Three books were created by Albert under the pen name J.T. LeRoy (obviously). These books were about unfortunate upbringings of an adolescent boy. Albert would pose as LeRoy but only through communication where a face would never be seen. She would disguise her voice on phone calls and complete interviews via email. However, things changed once Albert thought of a scheme. Her plan was to implore the help of her boyfriend’s sister, Savannah (Kristen Stewart), to pose as J.T. LeRoy for all public appearances. Having not seen LeRoy in a few years to have him magically appear in a wig raised concerns with the general public all while sending a craze for the mysterious writer ablaze.

Performance wise, everyone was fine. Kristen Stewart’s range of acting is phenomenal and continuing to see her go from one role to another is fascinating. She is the strong-point of this film and carries a majority of the emotion, for what it’s worth. Laura Dern, though very over dramatic at times, seems to exemplify what I’ve read about Laura Albert and illustrates her passion for her work. Albeit a small role, Jim Sturgess as Laura’s boyfriend grounds the zany tale while outlandish Diane Krueger as Eva elevates the hoax. Those are the good parts of this uncanny biopic.

This is when things get a little tricky. Biopics are a tough sell. Unfortunately, the missteps throughout J.T. LeRoy outweigh the grandeur of the plot. With a bizarro hoax such as this, one would expect for a film to go all out and not hold back.  But the umph is missing. The film is told in the perspective of Savannah, which is not surprising being that the real Savannah helped write the script. However, pacing is so far off that it becomes flat and almost painful to watch the retelling of this true story unfold.

What really would have been better was if we were given more of Laura Albert and how she came to create such a persona. The film dabbles in the mentality of the writer but never fully goes for it. It creates a lackluster cloud over the whole film and you yearn for more but are never completely satisfied. Equipped with tame storytelling, the changing of major key roles from true story to fictionalized story, and terrible wigs, J.T. LeRoy is a wreck that you can’t look away from. This could be up someone’s alley, but sadly not mine.