I have been writing a lot about Scott Adkins lately, enough that it could be argued that I am a little obsessed with this guy. I have called him a lot of things, but today I am going to declare him the best unsung action star of the past decade. He has an amazing range in his acting and almost flawless movement in his action scenes. A lot of this is just him but he has also been lucky enough to be working with the wildly talented director Jesse V. Johnson. These two have been teaming up a lot lately and we are all reaping the benefits of this dynamic duo. If you doubt me, then I suggest hopping on Prime and watching The Debt Collector. These guys are electric when working together and Avengement is no exception.

While released on furlough from prison, a lowly criminal evades his guards and returns to his old haunts to take revenge on the people that made him a cold-hearted killer. It’s an epic, bloody battle to search for the soul he lost years ago on the streets of an unforgiving city.

While this could be the least complicated story that Johnson-Adkins have worked together on, it is most likely their best. Adkins shines as a British tough guy with a score to settle and Johnson tells this story in a way that is beautiful and precise. I would compare this film to a perfect steak. There doesn’t need to be a bunch of complicated and fancy bullshit piled onto it, just quality meat and salt. This is what Avengement is and it is fucking glorious! If this movie doesn’t move the two into the mainstream, then I don’t know what will. 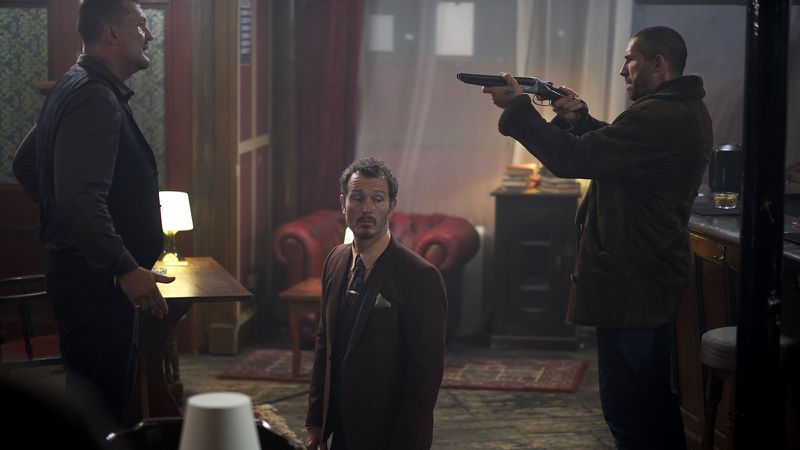 Avengement is currently available on VOD.