Ricky Bates, Jr. and I were set to talk about his new film, Tone-Deaf, and I had a situation come up that caused me to be unable to chat with him. The publicist said that if I sent questions, they’d ask the questions for me. In turn, here are the result of said interview… I hope Ricky isn’t too angry with me, I’ll gladly buy him a whole six pack if he keeps pumping out such original and singular works.

So, without further ado… enjoy the chat I didn’t have with filmmaker and highly entertaining individual Ricky Bates, Jr. 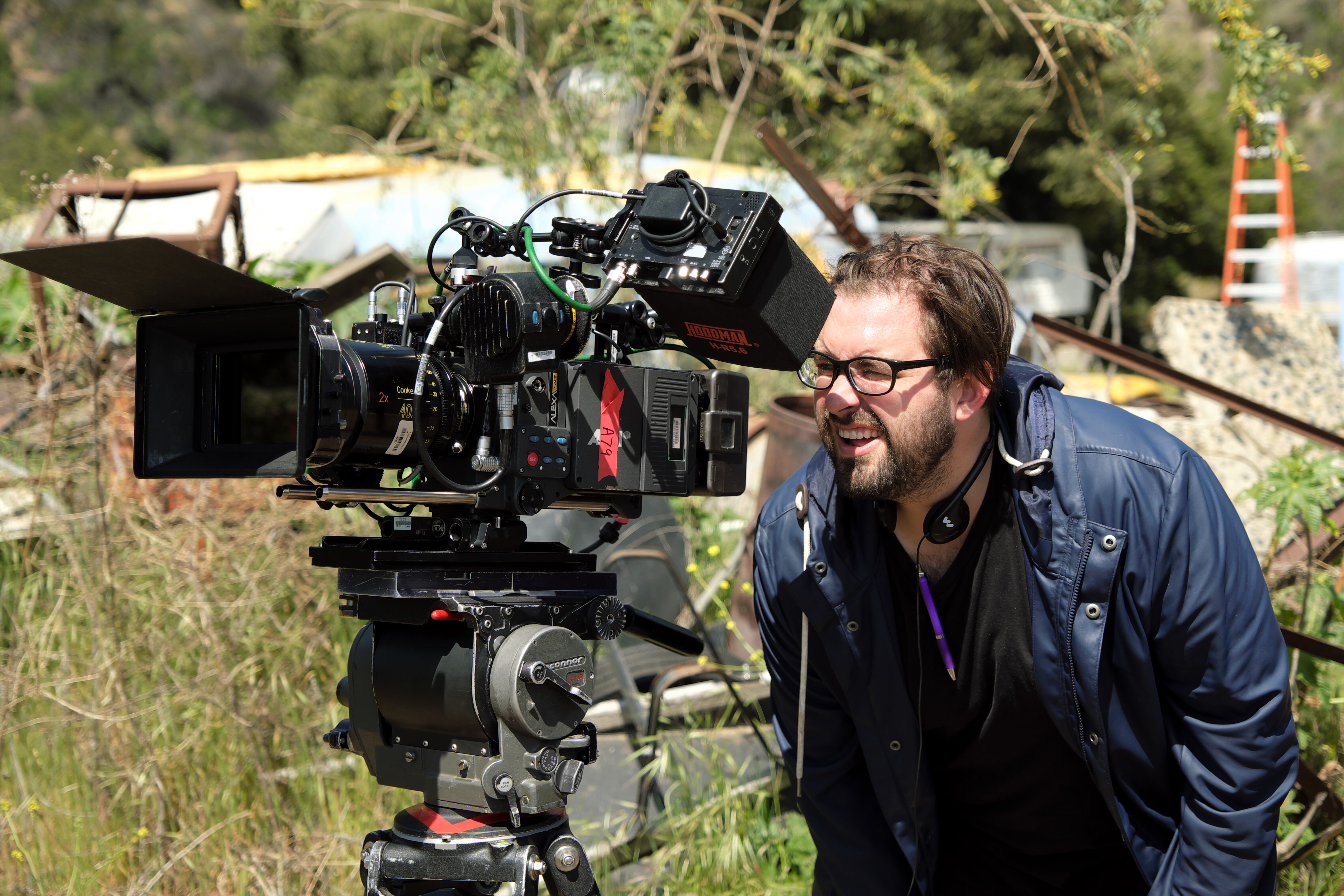 Ricky, I’m sorry I couldn’t talk to you today but I really appreciate the chance to have you answer a few questions for me. Let’s start briefly with you. Who is Richard Bates, Jr.?

A guy who prefers to do interviews with the man or woman requesting the interview.

I’m a huge fan of Trash Fire and was excited to check out your new film. The two seem to have a lot of tonal similarities, but also several differences. How do you think the two films compare? What was different about the experiences?

Prose wise, there is no similarity whereas Trash Fire is too distinct. Tone – this movie was completely inspired by music, by sampling – this notion that people expect a one-note tone poem out of a movie where people speak in vagaries. In a time in our country where subtly is dead, in cinema, you really do have to work with five or six story structures to get something sold. The idea of making a movie like it’s a song excites me because no one complains that there’s a rainstick in the background of an indie rock song so on and so forth, because music has been around so much longer. The conceit was to make a movie as if it was a song, a hip hop or dance song, through sampling. In equal increments we go from coming of age to slasher/horror to absurdist comedy. It goes back and forth and back and forth and back and forth in order to reflect the way we are all being bombarded with news, and over the course of 24 hours, you can feel that you are living in 15 different movies.

This latest project involves genre legend Robert Patrick, what was it like working with him? How about the rest of the cast?

Well the good thing at this stage in my career – I have made three movies – is that actors who are considering whether or not to work with me can watch one of my other movies. I don’t have to convince them to push things and create these heightened realities. Now when they get on board, they know what they are in for and are game. Robert was all about getting weird and doing something different, so he was a total blast. Same with the rest of the cast. The type of people that I don’t necessarily gel with want to play it safe aren’t going to say yes to my movies anyway. I always have a really good rapport with the cast.

You seem in tune with that type of jet black comedy that overlaps with horror. What are some of the films that inspire you and your films?

Well I am sure that I am inspired by tons of movies, but I don’t think about them when I’m making movies. I try not to watch movies at all in pre-production or anything like that because I don’t want to intentionally pull from anything. In fact, I think it’s sort of one of the biggest problems with a lot of the movies now is that there’s all these films school teaching you how to make a movie and what the right way is. There is no right way – not if you choose to believe it’s art. If I can’t convince myself that I’m making art, then there’s no reason for me to be doing this in the first place.

I’m interested in people more than anything, right? The idea behind this movie is that everyone is full of shit. It’s the point. It’s the statement we are trying to make. Rather than just poking fun of the conservative, we poke fun of the liberal as well. Everyone is sort of marked and that’s a nice common ground. You can meet in the middle when you agree that you’re both of full of shit. Some of us are out there trying to do our best, trying to make a difference no matter how ill conceived our approach is. There are others who are completely motivated by self interest, so I am interested in humans, I am interested in making them flawed and fragile, and coming out of the movie not feeling that I just watched a martyr goat jump through the hoops of likeability.

In your normal films, you have to spend an entire first act making someone be liked. If they do anything semi unlikeable at any point, the audience still roots for them. I don’t even think that’s healthy because I don’t think people are like that and I certainly don’t want people to be like that in my movies. The fun of this movie is to pick a character that is completely closed off. He’s at an age where he is open to nothing, he completely knows himself against a character. She’s in an age where she’s just in the process of figuring herself out, so she’s open to everything. The conflict results from that – and I’m going to say the word – juxtaposition. The heinous word.

Tone Deaf is out in a week [Editor’s Note: Actually it’s out now, I just didn’t get this interview out quickly enough… sorry again, Ricky!] How can people see it and what would you tell them they should expect?

I think they should expect a slasher/horror film made in way that they are not going to see another slasher/horror film made this year. I think they should expect a unique experience and spin on a structure that they have grown accustomed to. I think it’s in 15 theaters and then it will be on VOD and there’s a beautiful Blu-ray with a making of featurette chronicling my weight fluctuation. See the damn thing, I think it’s pretty good!

What’s next for you and how can folks keep up on your projects?

Well, I don’t do social media. I don’t like it. It makes me unhappy. So I guess I would have to seek them out. If you interested, watch them. If you’re not, there are plenty of movies out there. I’m doing a movie in less than month – a Pagan comedy I’m financing myself with my friend. We are going to shoot it at our houses because we couldn’t get financing, and I’m not about to let anyone stop me from making a movie.

Any final thoughts before we go?

It’s just such a shame that Justin couldn’t do this himself, but you know I’ll get over it. Time heals all wounds. Maybe someday in the future Justin can buy me a beer or two. Thank you and have a good day.

Next time you’re in Philly, I owe you a night at one of our great local breweries, Ricky! Cheers!