Tomorrow is the eve of our annual 31 Days of Halloween here at The Farsighted. Every year we post at least one post or podcast that is horror or Halloween themed each day in October. Along with this, our flagship podcast has created its own version of the watchalong calendars like #Hooptober or #31DaysOfHorror.

Our idea was to create a calendar with 31 of our favorites included on the new extreme and underground horror and cult film streaming service, Midnight Movie Society. Hence, we’re calling it #31DaysOfHorror. 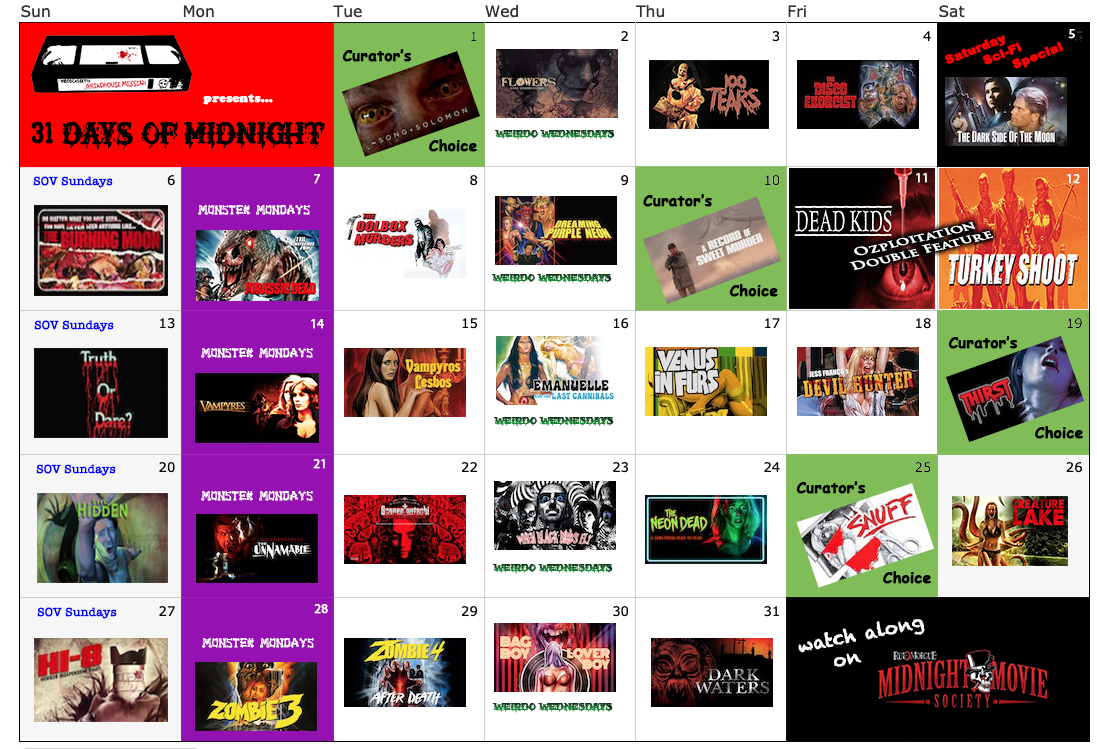 In addition to the calendar, we want to talk to you about the films! Tweet at @thefarsighted or @grindmessiah. Tell us what movies you’re watching along with, what you think, your favorite quotes, etc.

At the end of the month, on our final podcast episode of the month – which goes up Halloween day – we’ll pick one of the folks who participates to get a special prize from the podcast. Each time you tweet at us or chat about the selections in The Farsighted Facebook group, we’ll enter your name in for the drawing. So, let’s talk about these films together!

It’s spooky season, y’all. We look forward to celebrating with you all month long!