I first saw Neil Marshall’s masterpiece in theaters during its North American theatrical release. Two of my horror buddies and I were ready for a gory subterranean good time, and The Descent did not disappoint. However, The Descent is more than a claustrophobic gore fest;it is also a film about loss, friendship, and distrust. I would even go as far as to say that the themes of loss and distrust among a group of once very close-knit friends are the actual horror of the film: Jean Paul Sartre’s No Exit is about how hell is really other people, and The Descent is about how hell can also be your friends in an extremely claustrophobic scenario.

The film follows six women (five of which are long time friends) who enter a cave system, and quickly realize escape is easier said than done.  Juno, the organizer of the trip, deceives her friends into exploring an unexplored cave system without their knowledge. With a flight plan filed for the wrong cave, no help will come for them after the path behind them collapses. Worse, the cave is inhabited by blind  troglofauna hominids who attack basically anything that makes noise by using echolocation. 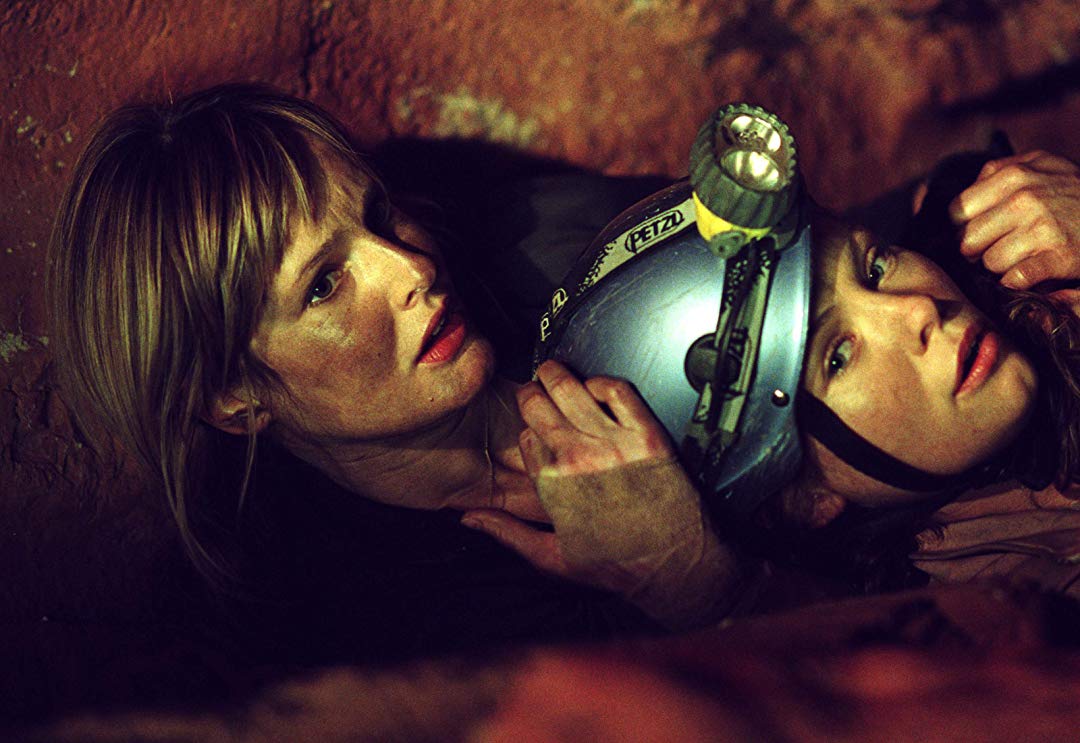 Like most horror films, circumstances cause the group of friends’ numbers to dwindle as fear and paranoia set in. Who can trust who? How will they survive? Will they escape? Only time will tell.

I don’t desire to ruin the film for people who haven’t heard of The Descent until now or who know about it, but just have not viewed it.  My hope is to peak interest in one of the best horror films of the last 20 years, and to bring new eyes and fans to a fantastic piece of horror cinema.