After witnessing the classic ghost story The Woman in Black brought to vivid and beautiful life via McKittrick Hotel‘s brilliant revival tour in New York a few weeks back, I was feeling the need for some more ghost stories. I wanted ghostly apparitions that were either helpful or harmful, beautiful sprawling haunted manors and a general feel of morose and bleakness. In a stroke of good timing, along comes Jason Figgis’s take on the genre, Winifred Meeks. Can this tale of ghosts, mystery and the lurking feeling of unease fulfill my current satiation for quality haunted story experiences, or will this tale end up being less than the sum of its parts?

Successful writer Anna James (Lara Belmont) rents a remote farmhouse in England to begin work on the latest of a series of teen crime novels – The Emma Hart Mysteries. Initially, the setting seems perfect, but soon her idyll becomes unsettled by the presence of an unquiet spirit – that of the former lady of the house, Winifred Meeks (newcomer Julie Abbott). As Anna delves into her writing – while a deadline looms – she also determines to uncover the history of the property and with that, unwittingly move closer to a disturbing confrontation with the tragic figure that continues to hold sway within the walls of Seaview House.

Since the ascent of A24 and its specific brand of horror film, specifically dubbed by the general audience as “elevated horror” (ugh, I hate that term), many filmmakers and studios have tried to mimic their style, all in an effort to get involved in this popular new direction for the genre. A few have been successful, but most have missed the mark in some way. Winifred Meeks, which was written, produced and directed by Jason Figgis, falls on the latter side, though it has its moments in the sun and positives to be had. From a technical standpoint, the lush cinematography of the countryside where the manor resides, the Seaview House, is simply elegant and beautiful, sucking in the viewer to this land that feels like it resides from another era. Excellent overheard camera pans spanning the ocean, grassy knolls and beaches of this beautiful countryside truly do a great job of transporting the viewer. However, the sound editing overall did stick out to me on a couple of occasions are being somewhat off from the actions within the scene, with clicks of a keyboard not matching the typing on screen, or footsteps being louder and out of sync from what is represented on the screen. It’s minor, but very noticeable at times and can be distracting. 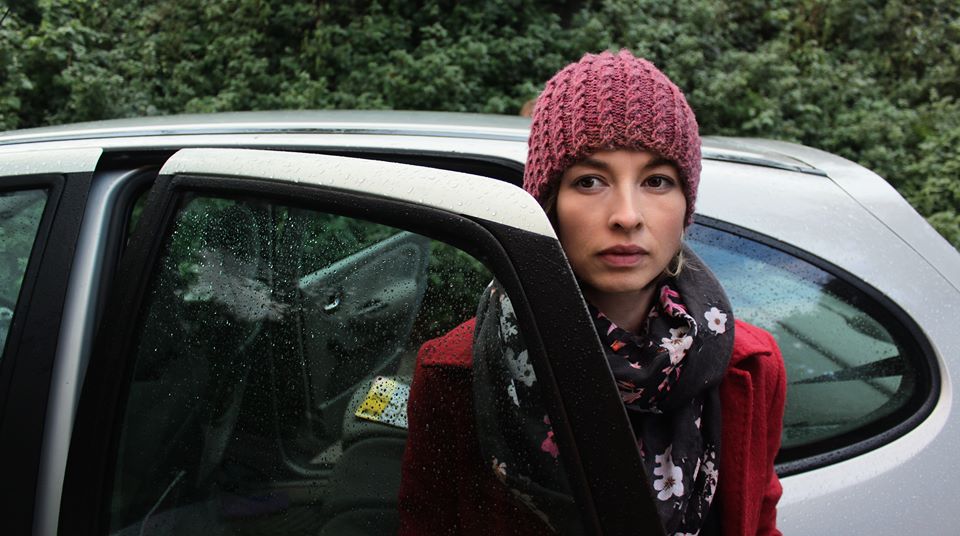 If you are a fan of slow burn horror than Winifred Meeks is in your wheelhouse, but even this may be a little much for the viewer to endure. Running at a scant 88 minutes, the first hour of this movie is less a haunted house/ghostly spirit movie and more of a slow representation of an author, retreating to a farmhouse to get away from a cheating husband and finish a book contractually on time, getting accustomed to her surroundings, drinking wine, exploring the town, and watching various classic movies on the television such as the original cinematic offerings of Nosferatu and House on Haunted Hill. When the movies does kick in with the ghost story proper around the 60 minute mark, it becomes quite an effective scare piece of a woman trying to figure out what is going on around the house she is inhabiting, learning about the apparition that is stalking around the landscape, all while trying to finish her novel. It felt like the movie itself realized it had taken too long in the first hour to get the narrative flowing, which is clearly evident when we get a massive lore dump dropped on us via an online recorded telling of Winifred’s backstory from a Dr. Francis Evans at around that one hour mark. During these final 20 or so minutes, we do get effective scares involving a blown fuse, a bathtub running water in a dark bathroom and general feeling of unease put on by the camerawork and music all deliver chills and tension very well. Unfortunately, just when you think the movie is going to kick into high gear after these positive moments, it abruptly ends without resolving or learning anything new outside of the tertiary information provided by the online audio recording that we just heard. It truly left many unanswered questions that needed some sort of addressing. The recording spoke of rituals that she performed to ensure her husband, a sea captain, would return from long voyages (even the one that ended up being his final), but we never see or learn more about these rituals. Were they satanic? What did they involve? Are they the reason she is still roaming the Earth? For this rare instance, an extra 10 to 15 minutes at the end, plus some massaging of the overall pacing in the first hour, could’ve gone a long way to making this a pretty good haunted house fable.

At the end of the day, Winifred Meeks is a slow burn haunted house tale that takes perhaps too long to get to the lore of Winifred and start delivering on the scares, and then when it does get to the meat and potatoes of the movie, it quickly comes to and end and credits roll. Lara Belmont (who is on screen for every second of this movie) and Julie Abbott do the admirable work as the author Anna James and spirit Winifred Meeks respectively, but they end up being hampered by the limited interaction between each other or the limited backstory they have been dealt. While I do marginally recommend Winifred Meeks solely on its effective 20 or so minutes at the end and the simply grandeur cinematography throughout, the decidedly lax pace of the first hour and the lack of additional narrative needed to properly suck the viewer in to Winifred’s overall arc, ultimately end up making this an average haunting affair.