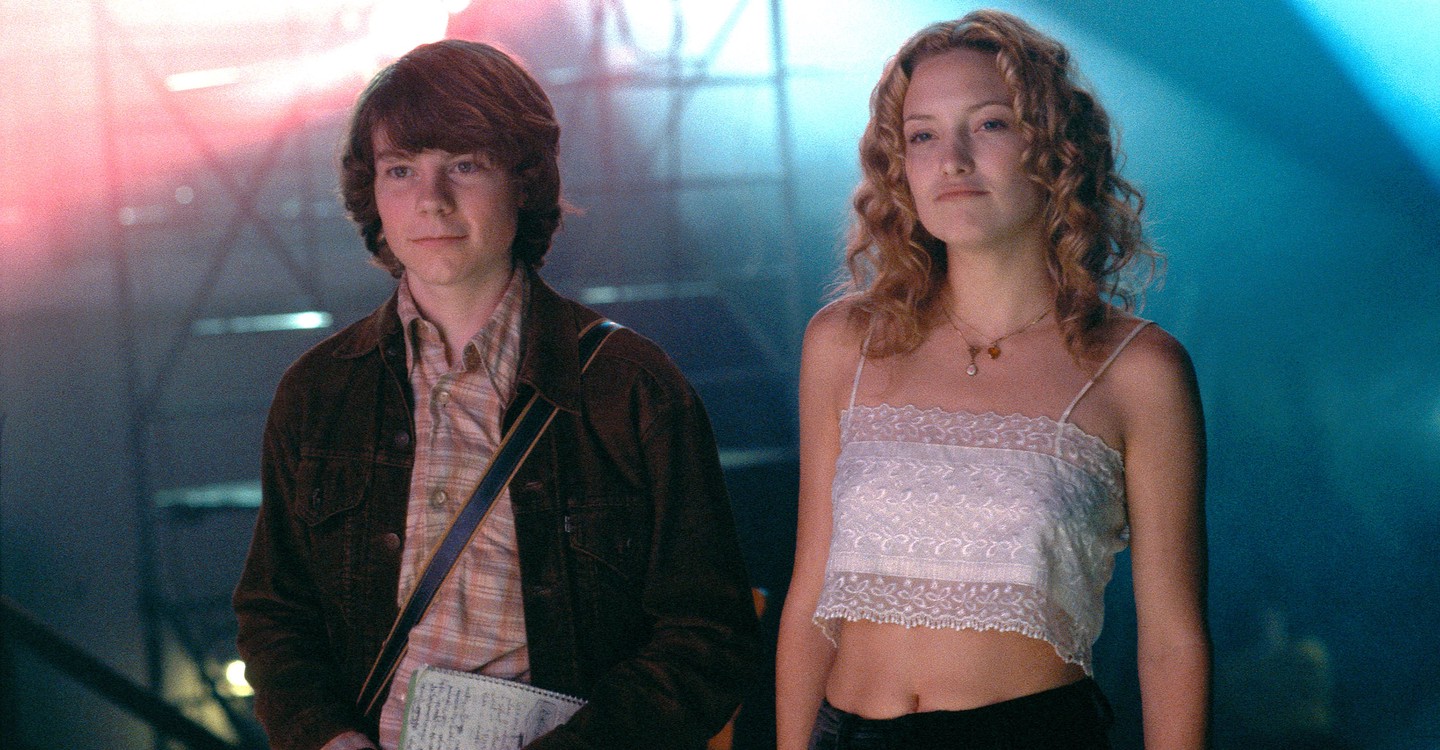 Last week, my boyfriend and I took a trip to a used record store here in Reno called Recycled Records. Upon walking in, I just knew we’d be there for awhile. First thing you see are used films and an endless amount of used CDs (which we still buy because why not?). Once you mosey your way to the back of the store, the smell of old records hits you in the face like a brick and you feel a wave of euphoria as a smile appears on your face, your eyebrows raise in excitement, and a feeling of wholeness sweeps over.

We browsed through the records for what seemed like an eternity because we had to make sure our eyes didn’t miss one record. Two hours later, we left the store with a boatload of CDs and records. I personally picked up the Streets of Fire soundtrack vinyl, Jim Croce vinyl, an Iron Butterfly vinyl, and a best of Patsy Cline CD, eclectic for sure. I wouldn’t have wanted to spend two hours any other way than meandering through Recycled Records seeing all the amazing music from artists from past to present that they had to offer. 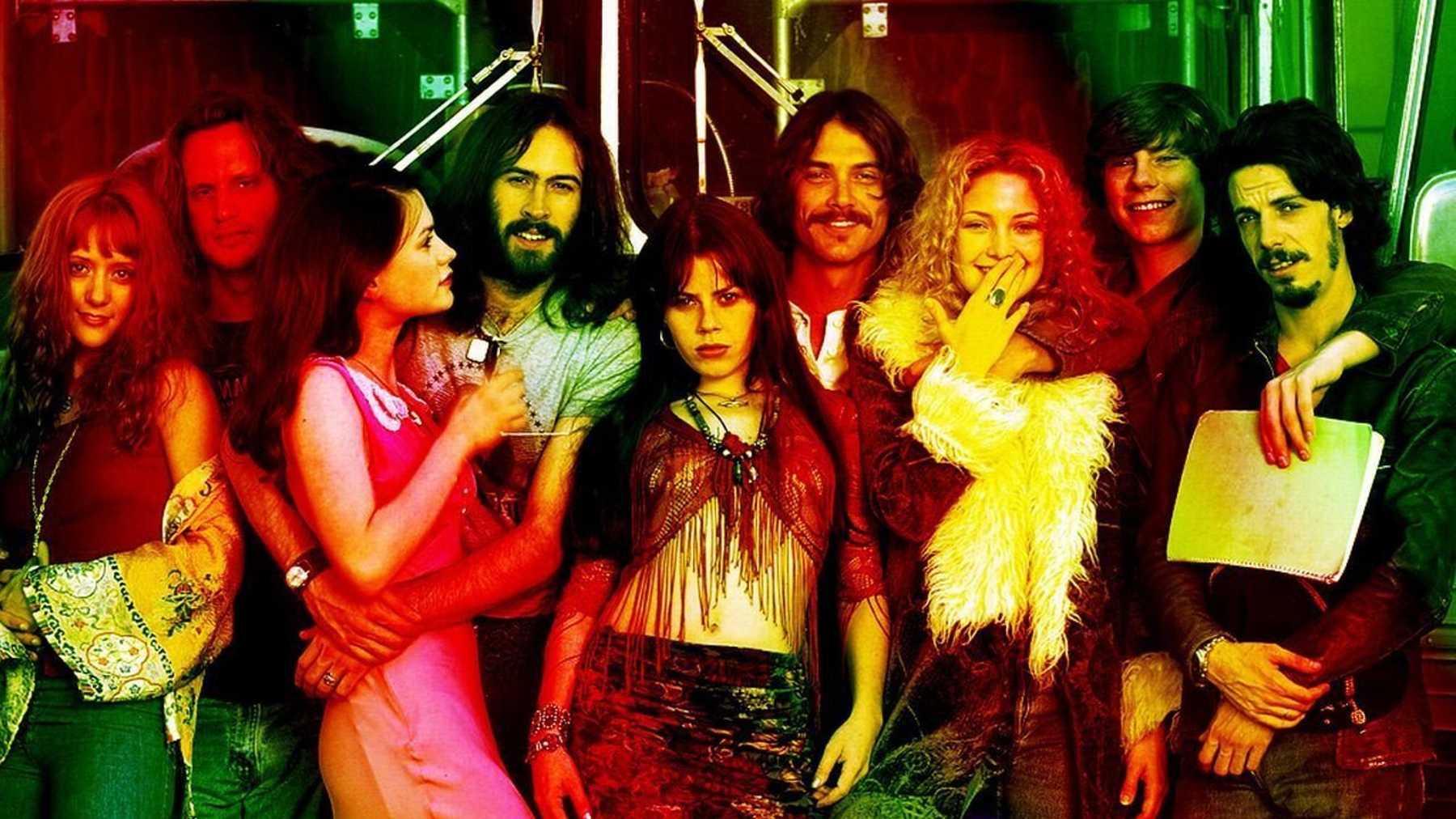 If you visit my desk at work, you’ll find a small pin decorated with a record coming out of its sleeve that says “If you ever get lonely just go to the record store and visit your friends.” This is part of a line that Kate Hudson’s character, Penny Lane, mutters in Almost Famous (2000). I couldn’t help but think about this line while I was looking for vinyls to purchase. I was introduced to multiple genres of music at a young age, so going through this record store was like a trip down memory lane and it was just like visiting old friends.

To be honest, Almost Famous comes to mind a lot. It’s one of my all time favorite movies and I could probably quote it beginning to end. I’ve lost track of how many times I’ve seen it. There’s something about movies involving the 70s that I gravitate to. It’s most likely the music, clothing, and all around aesthetic because I think it’s eccentric and fascinating. Almost Famous celebrates its 20th anniversary this year and even in the next 20 years, I don’t think I’ll ever get tired of it. 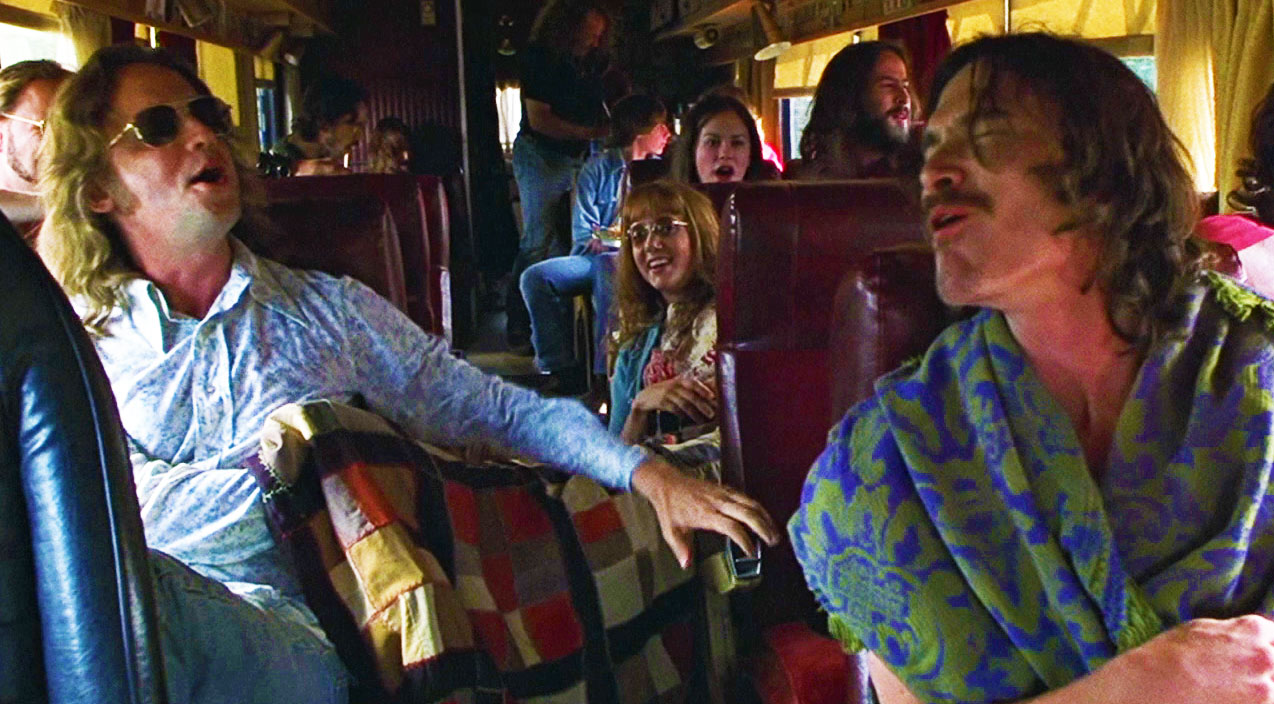 Almost Famous is a tale about a young boy named William Miller (Patrick Fugit) who starts writing for Rolling Stone magazine when he hops on tour with a band called Stillwater and experiences everything from losing his virginity to falling in love with a woman he can’t have. Director Cameron Crowe was once a journalist for Rolling Stone in his younger years and Almost Famous is semi-autobiographical to events in his life. I cannot recommend this movie enough, but watch the director’s cut as it provides more character development that aids to punching the film up a notch.

William Miller is the son of a very protective mother (Frances McDormand) who thinks everything is the devil. He is introduced to rock ‘n’ roll from his sister Anita (Zooey Deschanel) before she ran off to be a stewardess. Deep diving into the musical world, William finds himself writing freelance music articles for underground papers until Lester Bangs (Philip Seymour Hoffman) gives him money to cover a Black Sabbath concert. William tries his best to get into the show but he’s ‘not on the list’. Enter Penny Lane, a quintessential groupie who coins the term “band aids” and implores that she and her friends are there more for the music than for the artists like normal groupies are. Penny works her magic and gets William into the show, but not for Black Sabbath. He meets Stillwater, a band famous for their song ‘Fever Dog’ and fronted by Jeff Bebe (Jason Lee) with lead guitarist Russell Hammond (Billy Crudup). Russell takes a liking to William and invites him on tour where he is dubbed the nickname “The Enemy”. Without ever meeting or seeing William, Rolling Stone hires him to write about his experience on tour with Stillwater… and the rest is history.

Through concerts, drug induced nights, and band member fights, it feels as though the viewer is right there in the drama and psychedelic events. William is introduced to a world that his mother would not approve of in the slightest. His unconventional coming of age story is as mesmerizing as the rest of the movie is. His chemistry with Russell Hammond is awkward because he enjoys him as a friend but is also in love with the woman Hammond has a thing with, which is none other than Miss Penny Lane. 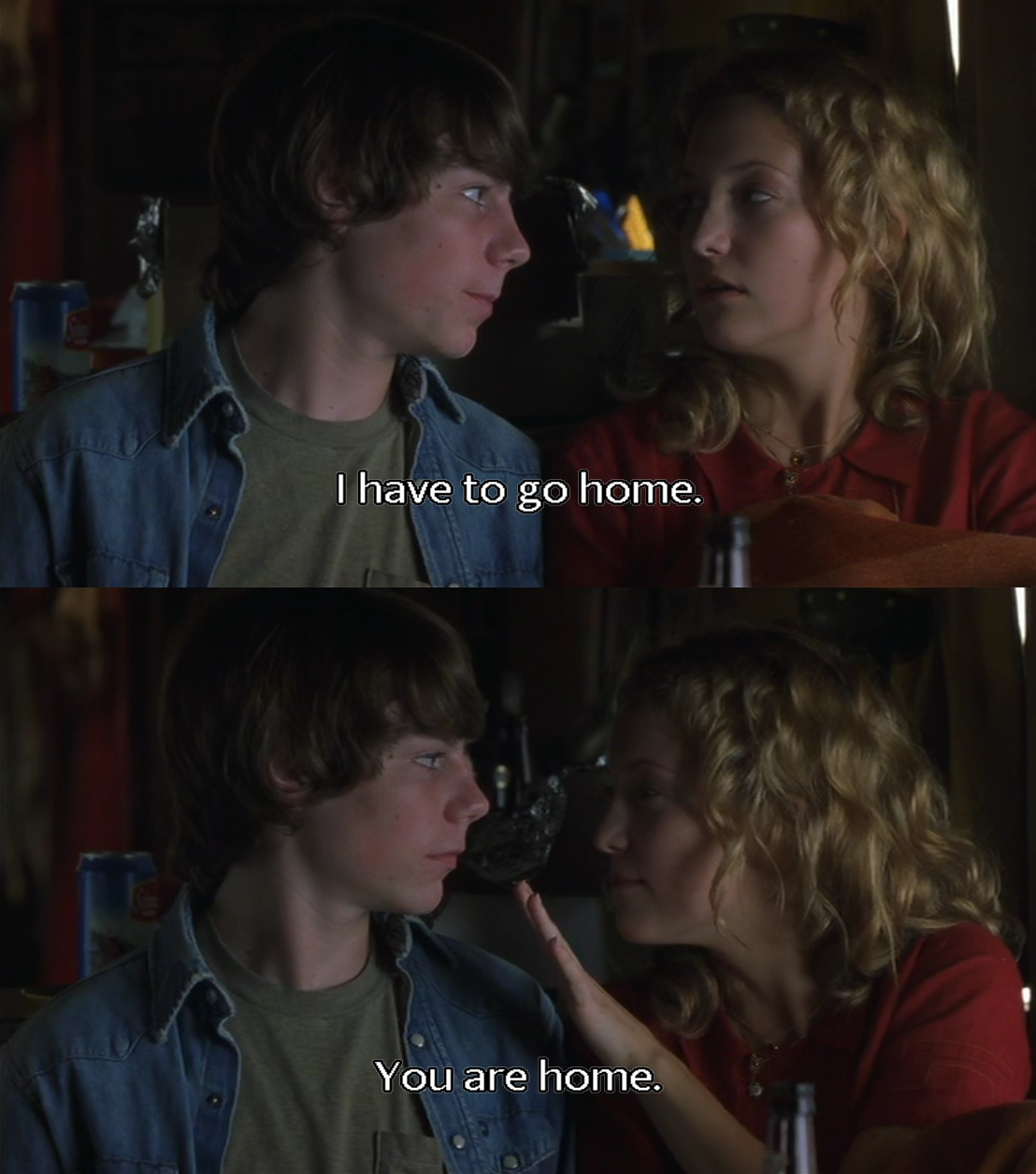 The characters in Almost Famous are each wild in their own way, but there’s something wonderful about Penny Lane. She’s mysterious and free spirited with a killer wardrobe. In the theatrical cut of the movie, we don’t get a lot of information on her and it feels incomplete. After watching the director’s cut, I knew I’d only want to watch that ever. In the additional 40 minutes, we find out more information about Penny Lane, but not too much to where she’s no longer a mystery. There is a specific scene that gets cut short in the theatrical cut that I feel is so pertinent to the film and defines her character. “The Wind” by Cat Stevens starts playing. Penny dances barefoot with a single rose in an empty concert hall while we hear “I listen to the wind, to the wind of my soul. I listen to the wind, to the wind of my soul. Where I’ll end up, well, I think only God really knows”. This scene is my favorite and one of the most beautiful scenes in the movie. Penny plays everything by ear and she doesn’t know what tomorrow brings, she just goes with the flow and listens to her soul. She’s so nonchalant where one can only wish for that disposition. For all of this combined, she is my favorite character in Almost Famous.

I could talk about this movie for hours on end and watch it back to back if I wanted to. To put it lightly, I love everything about this movie. From the awkward way Philip Seymour Hoffman says “Iggy Pop”, to Francis McDormand’s paranoid mothering, to Billy Crudup’s shaggy look… I love it all. There are so many cameos throughout this too. You’ll spot Anna Paquin, Fairuza Balk, Rainn Wilson, Jimmy Fallon, Jay Baruchel, Mitch Hedberg, Peter Frampton, Marc Maron, Nick Swardson and more. Oh gosh, we can’t forget the soundtrack either. Go on a roadtrip and pop this soundtrack in and I promise you, you won’t be disappointed. What’s not to love about Cat Stevens, Simon and Garfunkel, Led Zeppelin, The Allman Brothers Band, David Bowie, etc? Alternatively, whenever you hear Elton John’s “Tiny Dancer”, you won’t be able to think of anything else but this movie with a truly unforgettable bus scene. 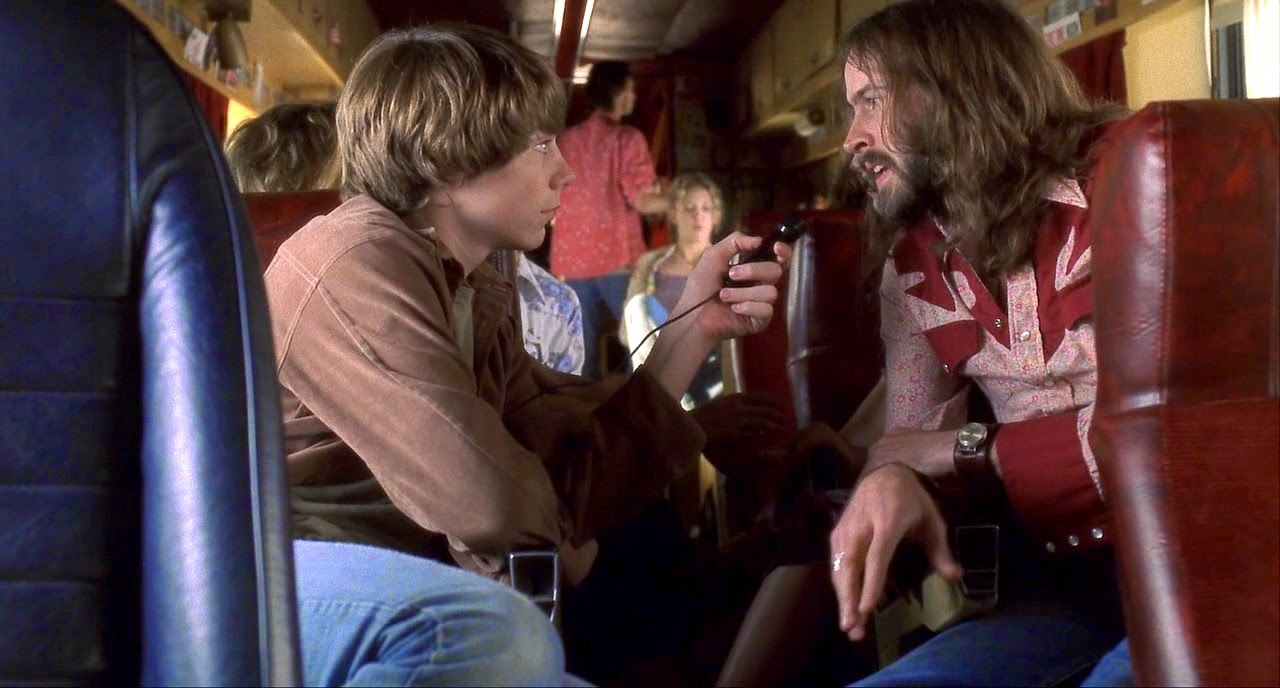 Almost Famous catapults you into 70s psychedelia and takes you on a journey uncommon to many. It’s an ode to the era that we now refer to as classic rock, and for being a film made in 2000, it holds up in 2020. Happy 20th Anniversary, Almost Famous. Thank you for being incendiary and such a wonderfully fun film filled to the brim with iconic scenes, lines, and music. You’re one of a kind and like an old friend.