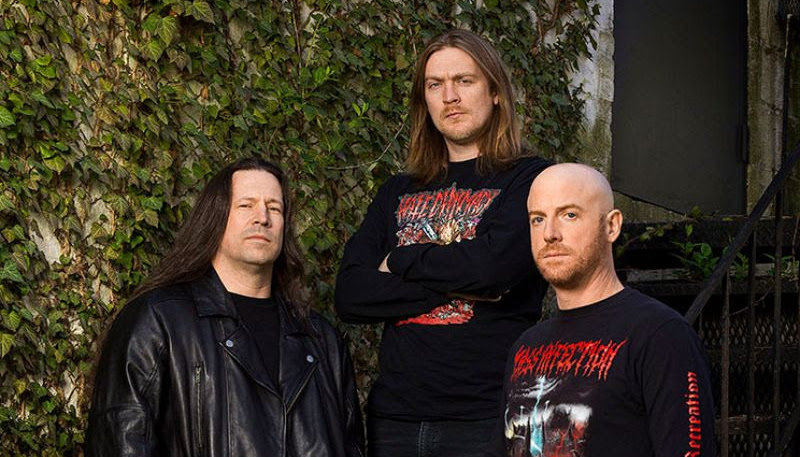 If you know death metal, you know Dying Fetus. Having toured with the likes of Cannibal Corpse, Immolation, Exhumed and with a 25 year long commitment to creating punishing rhythmic brutality, Dying Fetus is among the staple bands for modern death metal. Having been several years since their latest album Wrong One To Fuck With in 2017, this mini-doc is a reminder that while they’ve been quiet they’ve never tired and no doubt have more carnage to bestow in the nearby future.

Inside this approximately twelve minute video is a, never before released behind the scenes, look at Dying Fetus during their recording sessions for the 2017 critically acclaimed album “Wrong One To Fuck With”. Stopped off on a two day break in tour, we see Dying Fetus doing what they do best in Milk Boy Studios, a Philadelphia studio whose dabbled in the punk, hardcore, hip hop, metal and “anything from the streets.” But never before has a death metal graced this studio until Dying Fetus came along.

With some interviews with the producer and bandmates one can learn “What this music means to you?” “Why the name Dying Fetus?” “What inspires you?” and to sum it all up the answer is simple… brutality. Seeing the tired and exhausted faces of bandmates recording the same notes over and over again until perfection strikes is a reminder to the dedication these guys have put into their careers and why time and time again they indefinitely prove they are “The Wrong Ones To Fuck With” when it comes to death metal.