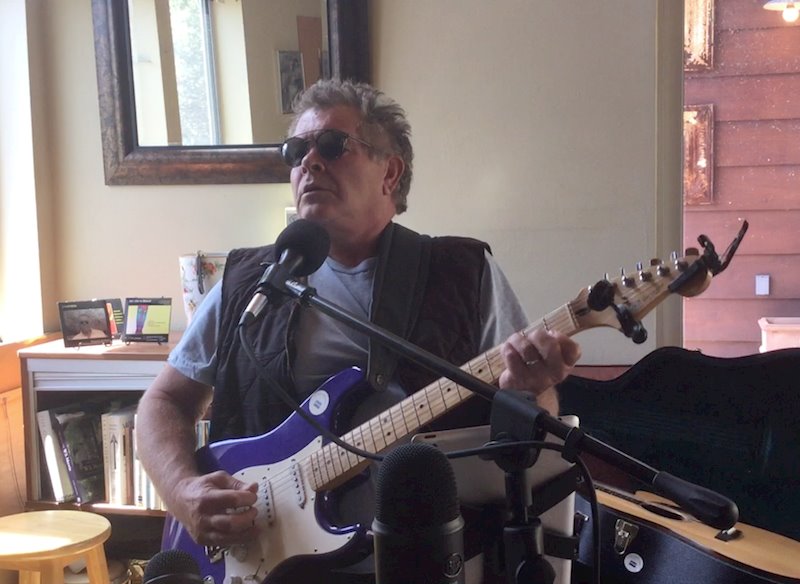 Patrick Ames is no stranger to The Farsighted. Last June, we checked out a single from his All I Do is Bleed EP called “I Want You”, a unique track that brought to mind all the things we love about quirky pop artists the likes of David Byrne and Tom Waits. Like many of us… or, really, most of us… Ames has been stuck in his home during this pandemic , working with his friends to write, record, and rework some of his previous tunes. One such reworked track is 2017’s “Reawakened”. Working with great producer Jon Ireson, Ames has dropped the new punched up rendition as “Reawakened 2020” and it’s here in time for the joke of a Republican National Convention, as a call to arms against such insanity.

The original track is solid, but this re-release really bumps. The rhythm section really drives the “rockhouse gospel” song. While the song itself has the same bones, the flesh is meatier and has a more powerful feel. While the earlier recording has an earnest feel, the reworked version really punches through with its message. The vocals really pop in the new version, too. While they were unchanged themselves, something about the new layers bring out a power in the lead vocals reminiscent of Joe Cocker and lend more authenticity to the gospel feel of the backing vocals.

While I can’t speak on the individual politics of everyone here at The Farsighted, I can safely say that I, personally, urge everyone to listen to this and take it to heart as a call to get out and vote. We condemn fascism, fear tactics, and bigotry… which is hard to avoid seeing in this current regime. Below you can check out the song and the lyrics.

The song is also available on Bandcamp, Soundcloud, and Spotify.

As producer Jon Ireson stated about working on the song…

America is once again in turbulent times, still reeling from the pandemic and the protests over racist police brutality and murder, but the force of good has been reawakened.

Let’s be part of positive change here in America. Vote against the blatant lies, attempts to moves towards fascistic authoritarianism. and buffoonery that currently occupy the White House. Let this song motivate you and share it with your friends. It’s time for serious change in America and getting Trump out is step 1.