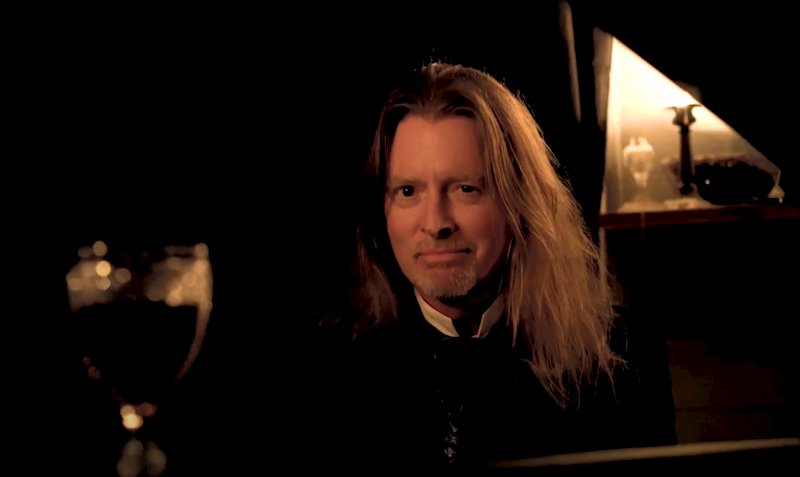 With a vibe not disimiliar to Tim Minchin’s iconic Atticus Fetch on Californication or Skid Row’s Sebastian Bach at the start of a power ballad, Sluka’s lead man Christopher Sluka opens the
“Vampire’s Ball” video behind a piano, before the video breaks away to a rock trio and Sluka proceeds to lead them on a rock roll odyssey that tackles social issues, emulates the best of the 80s/90s rock ballad sound, and has a unique feel. While the combination of the gothic vampire vibe and the Black Lives Matter content feel a bit incongruous and uneven, it’s a reminder that that music video concepts don’t always have to be tied directly into song lyrics and band gimmicks. Simply appreciating the music as a backdrop to the video that was clearly designed to highlight the importance of one of the most important issues of our time is okay in this case and it makes even more sense when you look at the band, their history, and where we currently are in today’s world.

Art rock by way of hair metal, Sluka occupies a specific place in the modern musical landscape. With a sound that is clearly inspired by new wave acts like David Bowie and Depeche Mode, as well as harder rock outfits of the 80s like Poison and Guns N’ Roses, Sluka isn’t like every other band out there today. Moreover, coming up in the scene over a period of years, they understand the importance of supporting and promoting their home town and the causes of local groups. San Diego is Sluka’s home and they represent that here, by infusing protest footage from their hometown. With an understanding that this is something their city cares about, they carry that torch for San Diego and for a country that is hurting.

Moreover, even from his early days playing in the NYC scene, Christopher Sluka has always cared about people, cared about equality, and cared about what is going on in the world around him. As he’s matured and grown this has only become more important and more evident in both his music and his visual artwork. Check out the video for yourself below and find more at Sluka.com.