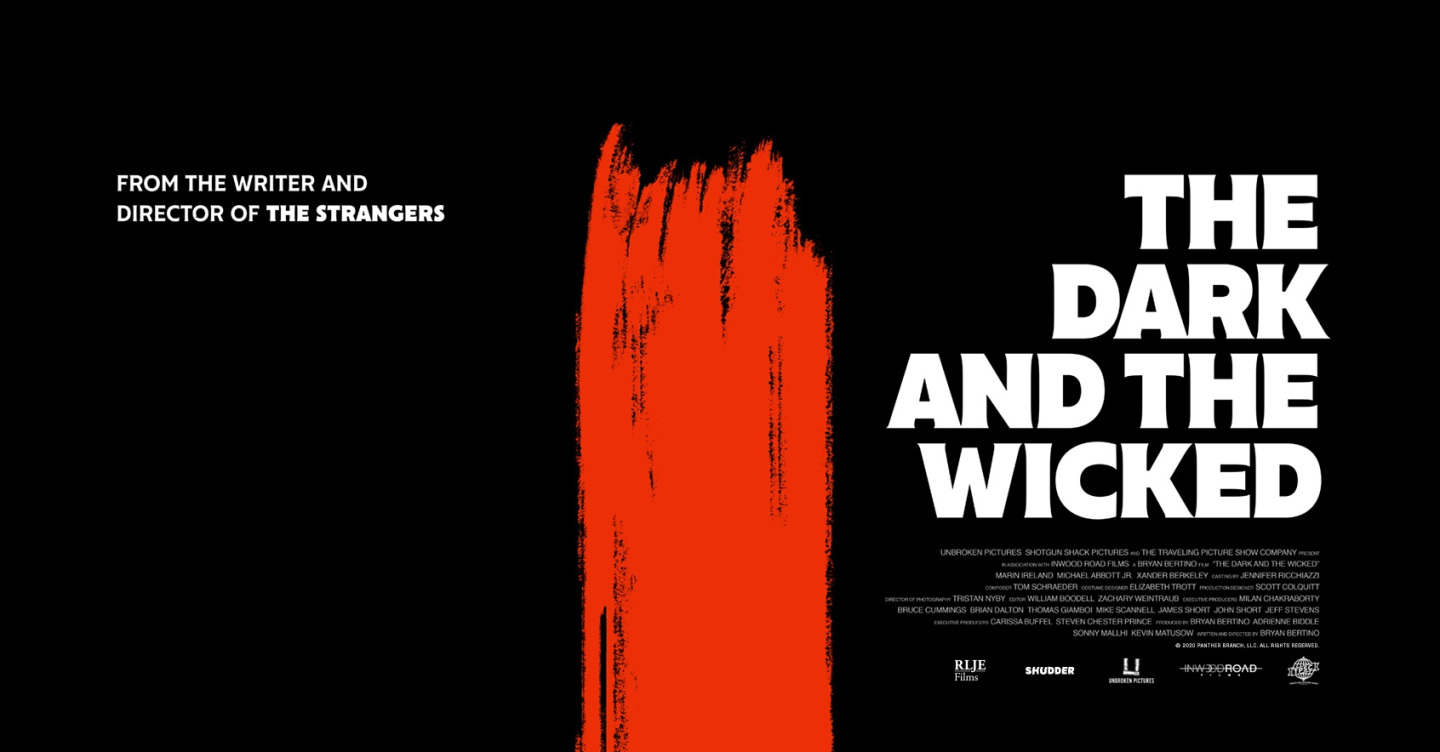 Director Bryan Bertino burst onto the scene with 2008’s The Strangers, a mostly effective house invasion thriller starring Liv Tyler and Scott Speedman as a couple that is descended upon by three mysterious strangers as they work out their rocky relationship in a remote spacious house in the middle of the forest. His follow-ups, 2014’s Mockingbird and 2016’s The Monster, ended up being met with middling reviews and being considered, for the most part, decidedly average. Now this year we have gotten his latest, The Dark and the Wicked, and let me tell you, Bryan Bertino has clearly found his groove again and delivered one of the most creepy and unsettling horror films of the year.

On a secluded farm, a man is slowly dying. Bedridden and fighting through his final breaths, his wife is slowly succumbing to overwhelming grief. To help their mother and say goodbye to their father, siblings Louise (Marin Ireland) and Michael (Michael Abbott Jr.) return to their family farm. It doesn’t take long for them to see that something’s wrong with mom – something more than her heavy sorrow. Gradually, as their own grief mounts, Louise and Michael begin suffering from a darkness not unlike their mother’s, marked by waking nightmares and a growing sense that something evil has arrived.

The Dark and the Wicked is the very definition of slow burn horror and maximum tension. Bryan Bertino is clearly leaning on what did work on his most notable directorial work before this, 2008’s The Strangers, for this outing. Bertino maximizes the isolated setting of a rural farm, just like he got the most bang for his buck from the isolated sprawling house from The Strangers. Within the first 15 minutes, the movie clearly makes its mark with a series of events that will have you questioning if you will ever see the chopping of carrots the same way again. I haven’t gotten the chills from a horror film in quite some time, and that rushing sensation of your skin getting goosebumps from the bottom of my feet to the tips of my fingers happened multiple times through this movie’s efficient 95-minute running time. The two main stars, Marin Ireland and Michael Abbott Jr. as siblings Louise and Michael, deliver solid and grounded performances existing on different ends of the spectrum. Ireland seems to have gotten the more emotionally draining character of the two while Abbott Jr. is the more reserved and restrained brother type with the family at home that he is struggling to find reasons to continue to stay apart from. This movie does seem to have a very heavy religious vibe as the plot and haunting premonitions continue to wreck with whoever comes into contact with this farmhouse. The theme of something sinister descending on the house, trying to take the soul of a dying old man, is prevalent and consistent throughout and led to some very tense and scary scenes. Sequences involving a late night 3am visit from a mysterious priest (veteran character actor Xander Berkeley), an unsettling visit for Michael from a deceased loved one in the sheep stable and a particularly haunting scene involving a visit from the young daughter of the local farmhand Charlie stand out as memorably disturbing. 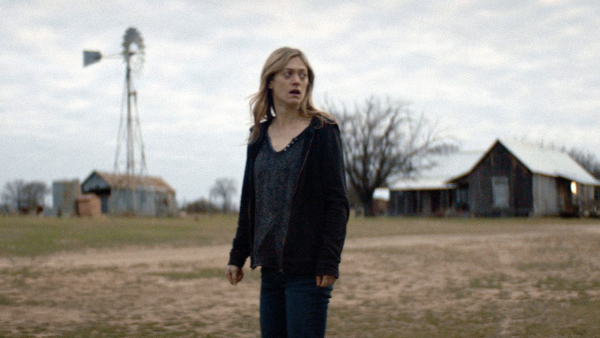 The less said, the better about this movie. The Dark and the Wicked takes the slow burn horror of recent A24 offerings while also delivering on a solid scare and skin-crawling sequence every few minutes or so to truly deliver a haunting look into the world of a dying man and the thought of something malevolent coming to collect him. The Dark and the Wicked is a great return to form for director Bryan Bertino and I really do enjoy a horror film that takes its time to build out some unbearable tension but then isn’t afraid to make you pee your pants with supremely effective scares.