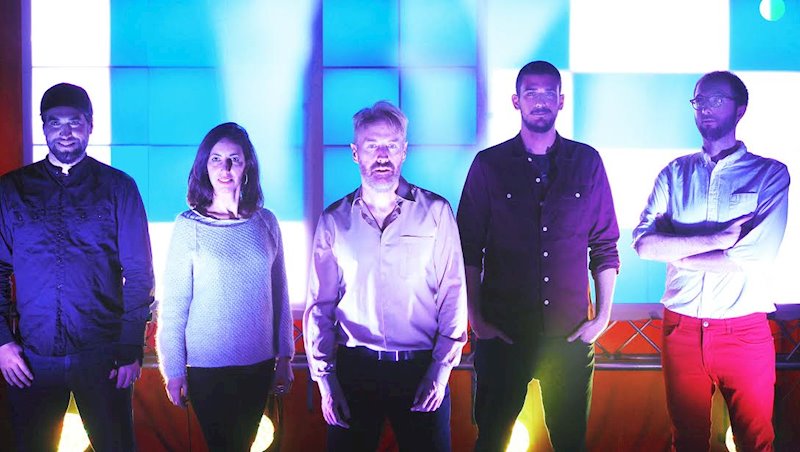 I have to admit, after a COVID scare that ended up being some other form of bullshit flu for the last week, I’m starting to feel a bit better physically, but still have a weight of gloom hanging over me a bit. I needed a jolt… a spark… so I remembered that there was a fun upbeat song I had begun writing a post about a week or so ago (pre-flulike symptoms). It was genuinely a blast and it felt like exactly what the doctor ordered. Sadly, I had forgotten what it was called.

Then, like a ton of bricks, it hit… “Justin, go look in your drafts folder”… and… BOOM!

Lost American’s “Robot Spark” is so much fun. Dancey, catchy, and hard to listen to with a frown, this is a great remedy to kickstart my climb out of a melancholy quarantine hole and proceed completing some reports for work, film reviews I’d been putting off, and maybe even lead me down a rabbit hole of fun music discovery that could fuel the next leap needed towards normalcy for me.

Since turning the song one and looping it 3 or 4 times, I’ve completed all of the reports I had on my slate, worked on 2 lingering film reviews, and felt good enough to start setting up the Christmas tree (the lack of good tree farms and COVID restrictions have lead me to my first artificial tree of my adult life, sadly). It only felt right that I should take a short break in this day to share this kick in the pants with everyone else.

For those who find this song as fun as I do, dive into Lost American some more by checking out the mini-documentary on their 2020, the group’s website, or their Facebook page. Lost American is the aptly named brainchild of American prodigal son, Chris E. Kelley. Kelley is returning to his home of Nashville, after nearly twenty years away from the States. This remix from DJ Stash Konig is a great introduction to Lost American, but there’s a ton there for anyone who wants to wander down a trail of electro and pop delights.