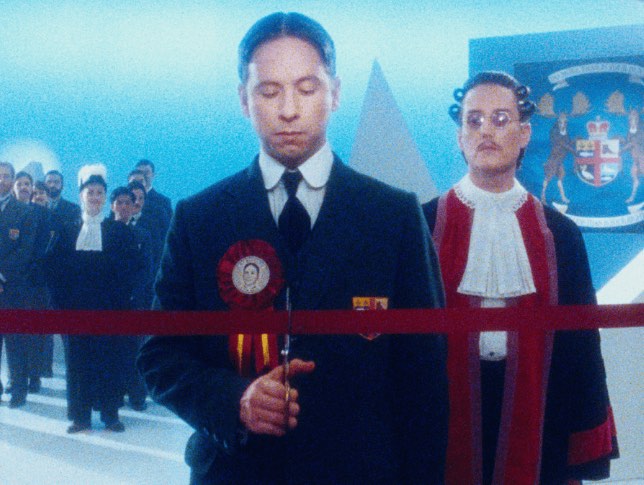 The film is reminiscent of a Terry Gilliam film, with its surrealist symbolism and playful imagery. There are also elements of John Waters-esque bizarro sexual comedy intertwined with hilariously crude jokes. Crossdressing mother figures, twisted fetishes, a sexualized phallic cactus, and absolutely outrageous dialogue contribute to this ridiculously satirical rewriting of Canadian history.

William Lyon Mackenzie King is portrayed as a simpleton whose idealistic view of the world is wrapped in theatrical nonsense. He is obsessed with a vision of destiny that has him leading Canada into a new era of glory. Faced with ridicule King’s quest to be the destined leader takes him through a series of completely strange interactions, perversions and the resistance to a cult like ruler that the people worship.

This has all the makings of a film that would appeal to the Monty Python crowd but also fans of bizarre b-movies. Being a Canadian film the actors are unknown to me and the acting itself is more like a staged play than a feature film. The sets are wonderfully futuristic but also comically simplistic. I admit the movie is a bit hard to follow, which may very well be my ignorance of Canadian history, but it’s also just a very weird movie. I think if you like Terry Gilliam or John Waters, you’ll enjoy this one. If not, you might just scratch your head and wonder what the hell is going on?