There are few performers I would say could define an entire generation.That’s a hard job to place upon any man, woman or even child. Throughout the echoes of pop culture you could argue there are degrees of influence. You could make an argument that the 1970s brought forth icons like Leatherface, Jaws, Regan McNeil, and Linda Carter’s Wonder Woman just to name a few. While the 80s birthed a new wave of icons like Jason Voorhees, Freddy Krueger, Chucky, Michael Jackson, Marty McFly, and Indiana Jones among others. Though, lurking in the background was a performer whose legacy lives on today. However he never hit his peak until the 1990s; forever defining a generation who equally grew up on Nickelodeon and Easy Bake Ovens.

I’m talking of course about Robin Williams. His untimely passing in 2014 hit all of us like a brick to the face. While the documentary, Robin’s Wish, uncovered a large portion of his final days; we are still left with his legacy of films. While he is largely remembered for his career in comedy he paved out a beautiful path down the dramatic as well. He got his started doing stand up in the mid to late 70s, quickly breaking out on the sitcom, Happy Days. Which led to a spin-off television series in Mork and Mindy. Though, it was his cinematic break out role which allowed Williams to take flight. 1980’s Popeye celebrates 40 years this year.

This landmark film provided Williams with his first starring role on the big screen. Director, Robert Altman, brought the famous sailor man to life for the first, and I believe only, time. Popeye the Sailor Man had enjoyed success in the mediums of cartoons and comic strips since 1919. Though it was the first major role for Williams, it often gets lost among his pantheon of roles including the Genie and Ms. Doubtfire. The iconic sailor man’s big screen debut depicts Williams in the anchor arms coming to the town of Sweethaven in search of his father; only to end up a mother. Yes, you read that right, a mother. Perhaps one of the best things within this landmark film is the ability to capture the spirit of its source material. 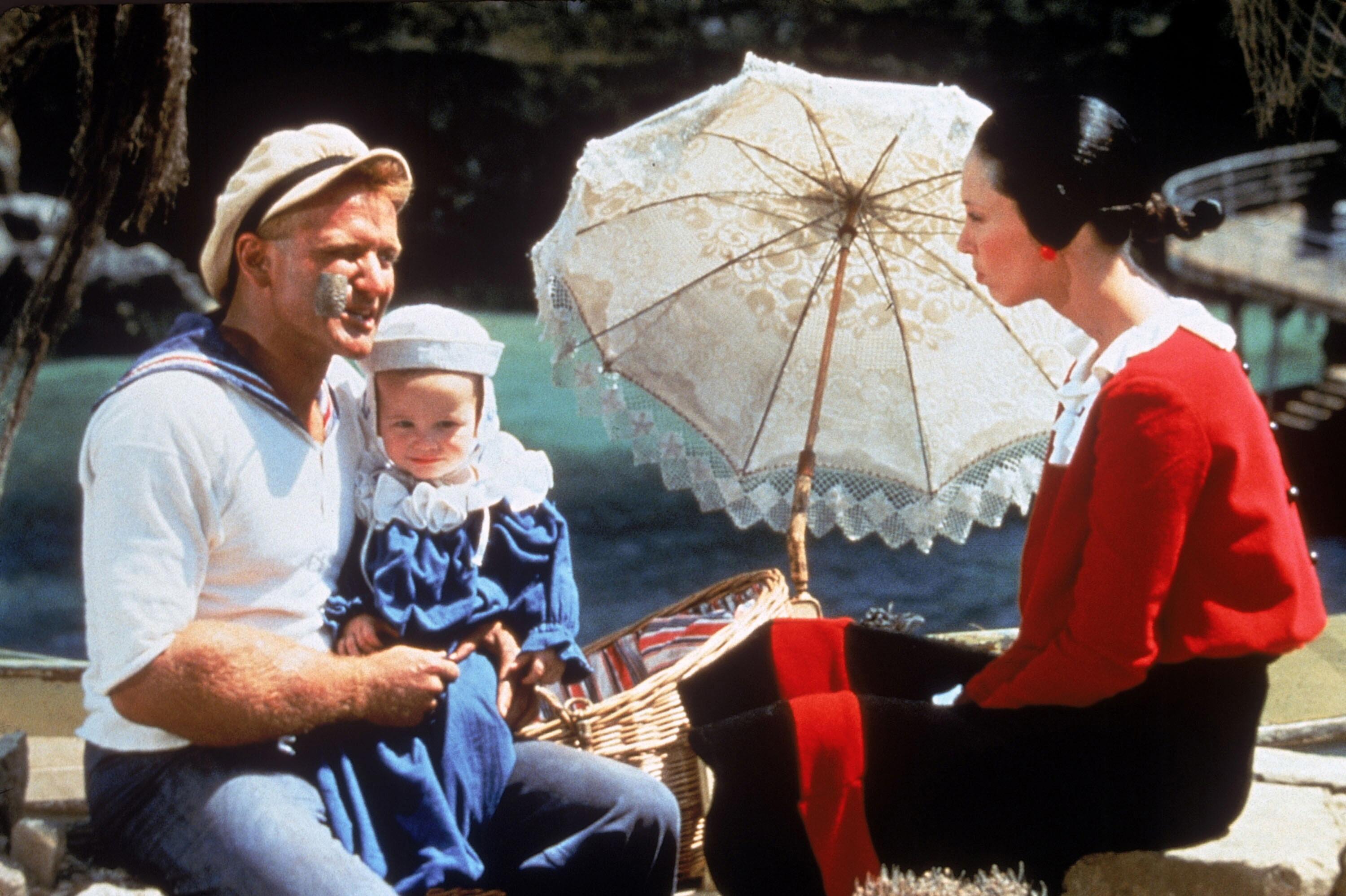 We live in a day and age now where we can’t divorce Robert Downey Jr. from Tony Stark, Ryan Reynolds and Deadpool or Hugh Jackman and Wolverine. However, back in the 80s there were few films or television shows which captured this source material quite the way that Altman does with Popeye. Everything from its writing, set design, character design and acting feel like you’ve stepped into the world of the comic strip. It’s an incredible experience. Offering a refreshing twist to the oversaturation of comic book movies we see nowadays. Popeye is a time machine to a simpler time. It’s a wholesome escape from the insanity of our modern streaming age now.

Growing up, this was always the anomaly for me when it came to Williams’ career. I wasn’t a fan of it. I saw it when I was a young boy. Upon revisiting it, for the first time in nearly 15 years, I see how misguided I was. While it’s not as iconic as some of Williams’ more iconic roles, it is still an important film within Williams’ legacy. His turn as the sailorman is transformative. His ability to sing, act and convey emotion through Popeye is a sight to be seen. Not to be out done but co-star Shelley Duvall, of The Shining, is equal embodiment of Olive Oyl. I would even argue that the entire cast disappears into their roles. Even the turning of Paul L. Smith in to Bluto is something to be hold. I found myself continuously riveted by him in particular. His ability to balance the brooding antagonist and voice of an angel is one of the film’s best weapons.

Popeye is swimming towards a Blu-ray release for the first time ever December 1st. The celebration continues way past the credits. The special features on this Blu-ray well make it worth the purchase. While there isn’t inheritently a great deal of bonus content here; what you get is sure to satisfy any cinephile or fan of Williams. Through interviews with Williams (posthumously), Altman (posthumously), and more, viewers are able to see the behind the scenes process for creating the sets and worlds of the movie. Not to mention that Sweethaven still exists to this day. The features explore both the legacy of the character and the movie. 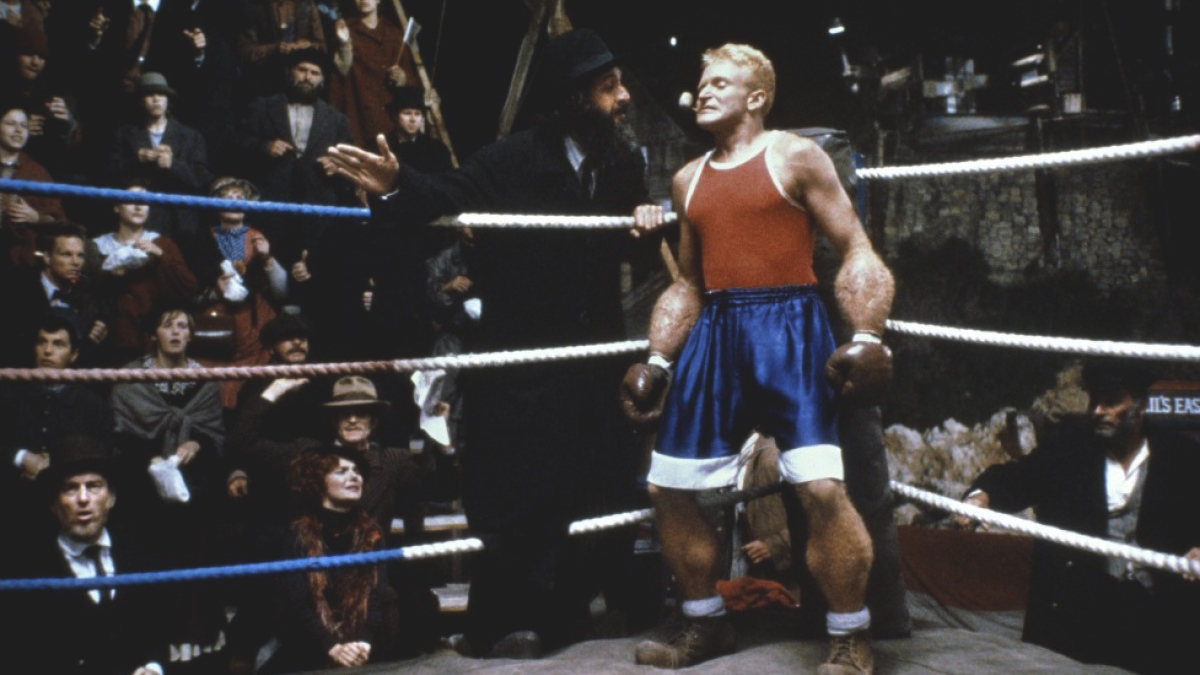 Popeye remains one of the most important films in the career of Robin Williams. This Blu-ray release honors him and director Robert Altman tenfold and is a release I’m recommending.