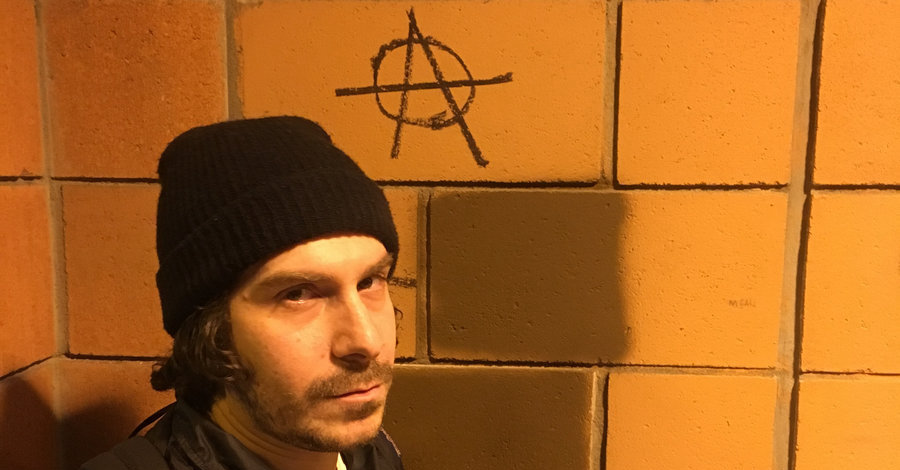 Punk rock has a variety of subgenres ranging from ska punk to post-punk to alternative and grunge punk mashups and beyond. Even if your parents thought it was all “noise” that sounded the same, anyone who grew up in the punk scene understand that there’s a difference between the sounds of Leftover Crack, Operation Ivy, the punk influenced grunge acts of Seattle, and the laundry list of other acts ranging from bratty early Green Day to melodic hardcore. As a punk rock kid myself, the range of styles that fall under the umbrella of punk is vast… and I like it all. Clearly, I’m not the only one.

Sickpay – aka Brooklyn NY’s Mike Birnbaum – is clearly also a fan of the broad spectrum that is punk rock. And his broad love of the genre is on full display on his recently released EP, Pureocracy. From the 90s alt-rock meets post-punk flavor of the opening track to the upbeat Rancid/Op Ivy flavored chicka-chick ska-punk closer, in only 5 songs Birnbaum takes us on a punk rock journey that shows a diverse love for the genre at large with hints of cow-punk, modern pop-punk, classic alternative, new wave, and more. Aging scene kids like myself (ok, maybe “aged” is more appropriate than “aging”) are sure to appreciate the variety on this EP, with all 5 songs linked by common threads, but still demonstrating vastly differing influences in the rock and punk worlds.

It’s no surprise to find that Sickpay is but one project of Birnbaum’s projects that range in genre from electronic music to reggae and beyond. His influences clearly range from dirty DIY punk aesthetics to clean blues rock and beyond, as demonstrated even with this single release. A music teacher and organist as the church I attended in my youth once told me that the more you love music, the more music you love. I believe this to be true. And, by these standards, Birnbaum clearly is a true lover of music.

It’s early in the year yet, but so far this album and the new release from Denzel Curry are neck and neck for best release of 2022.

Standout tracks: “Quiet as a Joke”, “How Many Times”, “Sick Pay”