This review originally appeared on thepaintedman.com in 2010. Listening to one of the bands that I mentioned in my top albums of 2013 (Sainthood Reps) reminded me of this band and I stumbled across this review to re-post. I think I am gonna have to go find out what they are up to… so stay tuned! 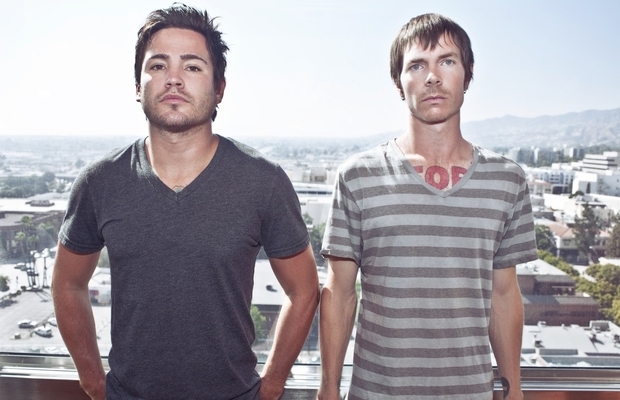 While I get the opportunity to review tons of music that I end up enjoying, I rarely get a CD in the mail that I specifically wanted to hear. Usually a band contacts me through their PR group or directly and asks where to send music (I still prefer CDs to digital music, I’m so behind the times I guess), then I get it in the mail, give it a few listens, let it marinate, and finally I sit down to put my thoughts on paper (or screen, as it were). This is an exception.

Last year, I had the opportunity to see a great band called Middle Class Rut open up for Social D in Allentown, PA at the Croc Rock (or the Crotch Rot, as some of the locals like to call it). This duo rocked my face off and impressed me greatly. I did not get an EP or any piece of music from them for some reason that day. Perhaps they had none left, perhaps I was dead broke… both are quite possible, but I cannot recall which was the case.

Then two weeks ago I had to drive a friends car somewhere for him and it just so happens that his Honda Element has built-in Sirius XM radio. I flipped on Alt Nation and Middle Class Rut (aka MC Rut) was gracing my ears with some fantastic rock and/or roll. I got home that night, hit the computer, and emailed the band. A week later, their album No Name No Color was in my mailbox. And… I find it more than appropriate to state that the album rocks!

Hard to decide where to start, so let’s start by talking about the band’s sound. The most stark comparison (and influence) is the music of Perry Farrell, specifically Jane’s Addiction. Influences ranging from Filter to Rage Against the Machine to The White Stripes to Beastie Boys to The Cure to Fugazi all jump out as the 12 track debut full length from this hard working rock duo pumps out from my headphones, home stereo system, or car speakers. Others have compared songs of the album to bands ranging from Mastodon (“Dead Set”) to Foo Fighters (“USA”). Pick your poison in trying to nail down the band’s influences and their sound, but this array of names should illustrate that MC Rut is unique, talented, and willing to create music that can’t be pigeonholed and genre-lized.

Sludgy, groovy “I Guess You Could Say” could be my favorite track on the album. Then again, the opener “Busy Bein’ Born” reminds me of everything I loved about the first time I tore into Unwritten Law, that alternative rock sound with a punk edge and great vocals. But, there’s also the single “New Low” with its catchy guitar line and great sing along/yell along chorus. The Southern fried closer “Cornbred” is also a fantastic track, so maybe I’ll have to reconsider again.

The album is solid, opening synth guitar effect to closing blues stomp. Nothing to complain about on this album. A sound much more full than a band of two seemingly should be able to create that maintains its rawness and tightness, perhaps most likely due to the fact that they are a band of only two. Powerful, emotive, and well crafted… No Name No Color presents the world with a lasting image of a band on the rise… a band causing buzz in the short month since the album’s release… a band that should control the airwaves and the world as soon as the world begins to take notice. Grab the CD now and be the first kid on your block to part of the Middle Class Rut.