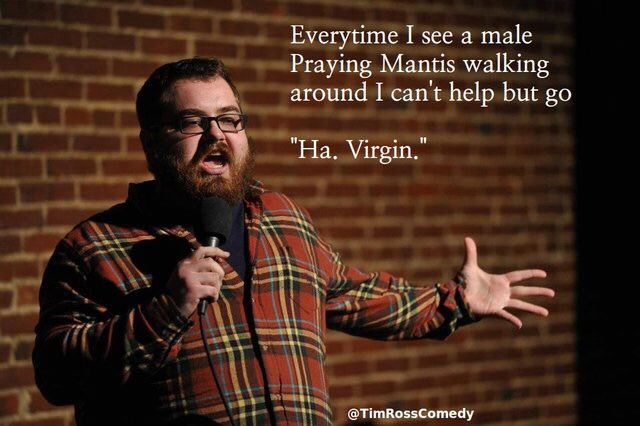 This is Tim Ross, aka @timrosscomedy, and he’s a funny dude. He’s a comedian and I’ve had the pleasure of seeing his standup. He makes alot of his standout jokes into memes like the one above. Extremely quotable and tons of fun. He likes by the mantra…

Girls be proud of ur butts.

Our regular FF curator, elice is busy being a responsible adult, but he did have a chance to send me a Twitter selection for this week.

In agreement with my partner in crime, I must say that Emo Kylo Ren (@kylor3n) is an amazing follow. One need not be as nerdy as eslice nor I to find the humor in these great tweets.

And for our third and final follow of this Twitter edition of Follow Friday, we recommend very strongly that you follow our friends over at Cinepunx (@cinepunx). They post great podcasts, articles, and other stuff… and they tend to RT some amazing stuff too.